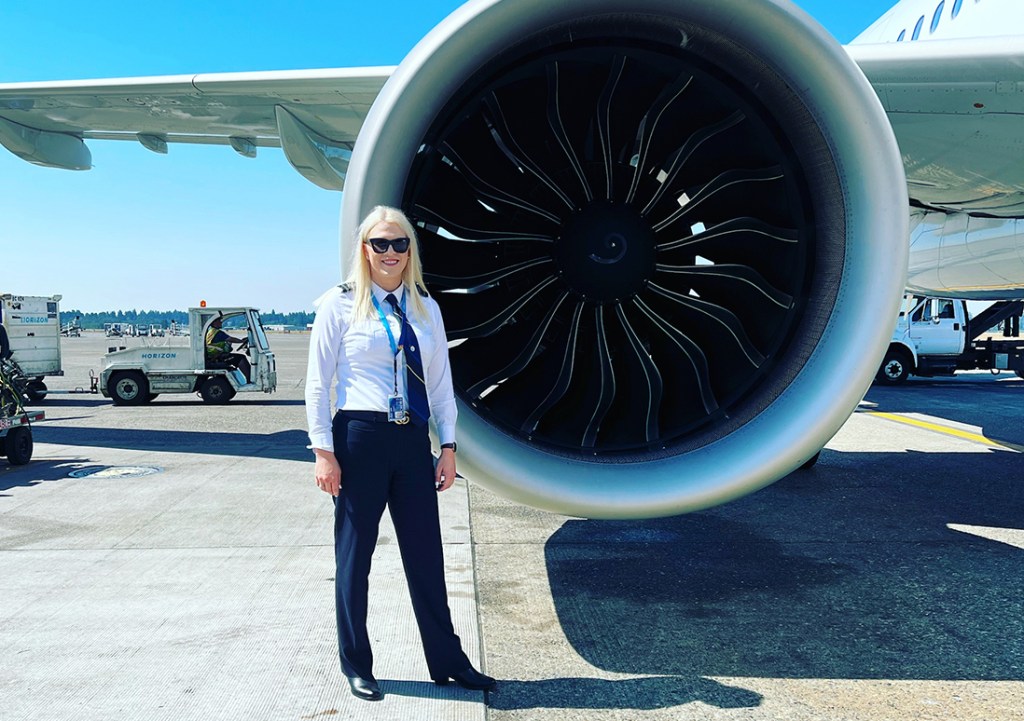 Jessica transitioned to presenting as a female in 2012, three years after obtaining her airline pilot certification. For Jessica, the decision was about honesty and truth—to herself and others. Complying with additional and lengthy Federal Aviation Administration (FAA) medical and psychological clearances was another barrier she was ready to break down for herself and other trans pilots. In some cases, the extensive clearances resulted in trans pilots being grounded for up to two years to review their cases.

“When I transitioned from male to female in 2014, the FAA saw this [being trans] as a disorder. For many transgender humans, we know this not to be a life-limiting diagnosis, but rather a side effect or gender flaw at birth,” she says. “So, I gathered a team of congressional support and went to work to create meaningful change.”

Jessica and other advocates worked with the FAA to create more inclusive guidelines for trans pilots. She volunteered to serve as a case study to change the term “gender identity disorder” to “gender dysphoria” in the Aviation Medical Examiners guide to match the terminology in the World Professional Association of Transgender Health (WPATH).

“Together, we re-wrote the guidelines of transition so transgender and non-binary pilots did not have to be grounded for up to two years. Since then, I have been involved in helping the FAA maintain those guidelines and help pilots transition, as well as working with companies to improve lives for all transgender humans,” she said.

Like many trailblazers, Jessica’s activism is nonstop. She’s proud to bring her advocacy work into the aviation industry to increase the representation of transgender pilots and has made an incredible impact on the industry, including Alaska.

When Jessica joined our team in November 2021, Jessica says she knew she needed to be a part of the flag wavers and help carry the torch forward in building an inclusive culture. So, it was a no-brainer to join Pride Crew, Alaska’s LGBTQ+ employee business resource group.

While Pride Month is in the rearview, our Pride Crew celebrates and honors the LGBTQ+ community all year long. And the celebrations aren’t over yet—you can still join two of our 8 sponsored Pride Parade events in Honolulu, and Palm Springs.

The mission of Alaska’s Pride Crew is to provide employees and the company a resource for cultural awareness within the LGBTQ+ community. They also encourage personal growth and professional development by fostering an inclusive atmosphere and provide outreach for LGBTQ+ employees and their allies.