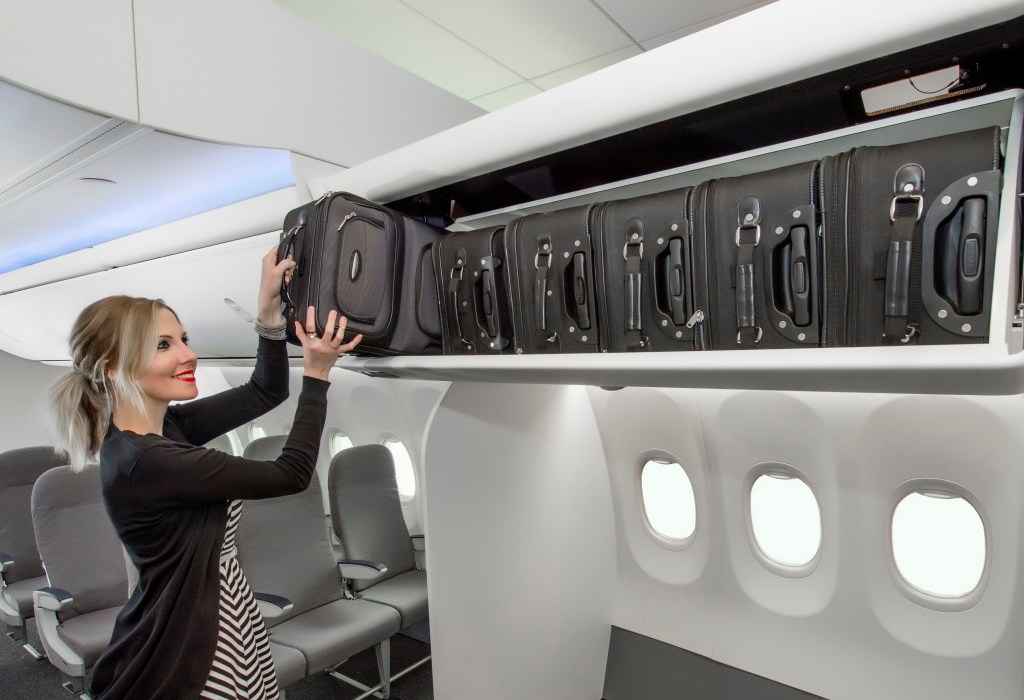 Aiming to improve onboard storage and make flying easier for customers, Alaska Airlines is the first carrier to get Boeing’s innovative Space Bins. The larger overhead bins have a similar look and feel to Alaska’s Boeing Sky Interior pivot bins yet hold more bags.

All 79 of Alaska’s 737-900ER aircraft have Space Bins, which hold as many as 174 standard carry-on bags, a 48 percent increase compared to traditional overhead bins that hold up to 117 bags. Space Bins are deep enough to store nonstandard items, such as a guitar.

The new bins are one way that Alaska is listening to customers to improve service.

“Alaska is committed to making flying a hassle-free and comfortable experience,” said Mark Eliasen, Alaska Airlines treasurer and vice president of finance. “The additional storage space will allow our customers to keep their personal items with them in the cabin, which we think they will enjoy.”

When open, the bin’s bottom edge hangs about 2 inches lower, which means people don’t have to lift their bags as high to load them. The deeper bins allow more bags to be stowed, and let customers load bags with less struggle.

“We are appreciative that flight attendant feedback had an impact on this decision,” said Matthew Coder, manager of inflight experience at Alaska Airlines. “The Space Bins will let customers easily toss their bags in, which means flight attendants can spend less time and effort reorganizing things, and more time engaged with our customers.”

Although the 737 is the world’s best-selling single-aisle airplane, Boeing is committed to continuous improvements that make it even better for Alaska Airlines employees and customers.

“We’re taking the Boeing Sky Interior, which is hugely popular with our airline customers and passengers, and building on that success by adding even more room for bags,” said Beverly Wyse, vice president and general manager of the 737 program for Boeing Commercial Airplanes. “One of the reasons the 737 is the world’s best-selling airplane is because we work with our customers to continuously improve the airplane with features such as Space Bins.”