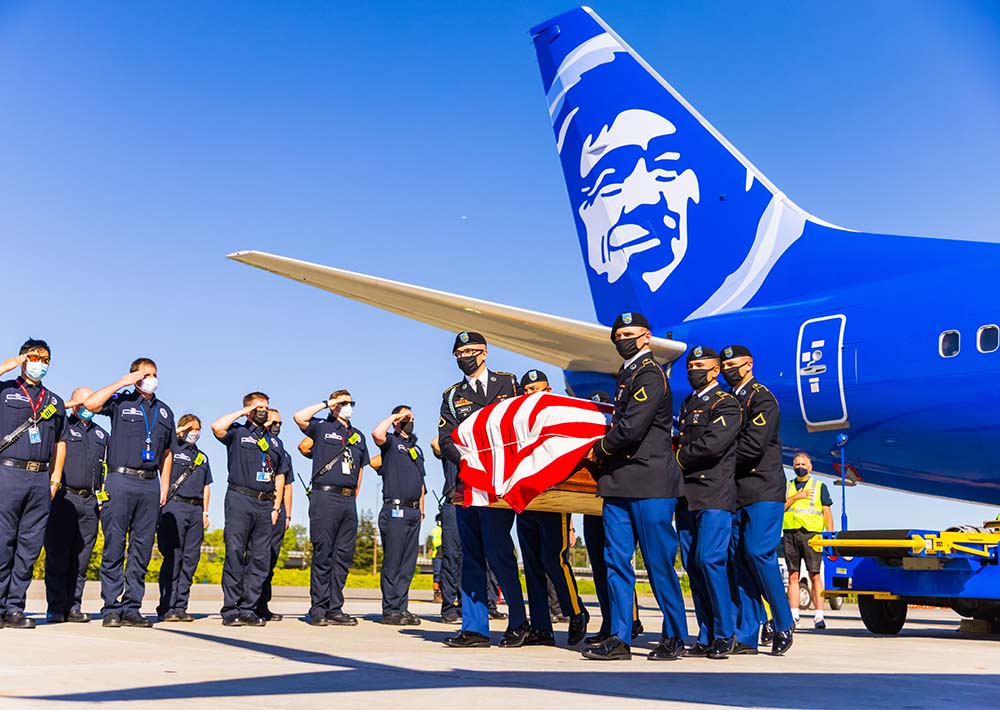 Technical Sergeant Alfred Turgeon was killed during a 1943 battle in Romania and buried in an unmarked grave. Only recently was he identified and brought home. Photos by Ingrid Barrentine

Joan Cutler was seven years old when her brother Alfred Turgeon set off to war. Shortly thereafter, “Freddy” was killed in a plane crash over Romania in 1943.

For decades, because Freddy’s body was never identified, Cutler and her family held out hope that he’d walk through the front door of their Massachusetts home.

Following the war, the U.S. military attempted to recover fallen soldiers from unmarked graves, which the Nazis used to bury American service members. While many soldiers were identified, more than 80 men, including Turgeon, remained unknown and were re-buried in a Belgium cemetery.

“Like a lot of us, Joan was curious about what happened to him, where he was, or if he somehow survived and just had amnesia,” said David Bass, Turgeon’s nephew.

But in March 2021 — nearly 78 years after his uncle’s plane was shot down — Bass received a phone call from the Department of Defense’s POW/MIA Accounting Agency confirming his uncle’s remains had been identified and would be returned to the family.

Scientists used DNA provided by Bass, his cousin Kathy, and his aunt Joan to identify the remains. Turgeon’s family finally had answers, and the opportunity to bring him home to his final resting place.

At Alaska, we reserve a special aircraft for heroes, like Turgeon.

Earlier this month, Turgeon was transported from Omaha to Seattle on Alaska’s Honoring Those Who Serve commemorative aircraft, which serves as a tribute to U.S. servicemen and women and their families.

I wish Freddy’s parents could have seen the way he was brought home, it was beyond anything we could’ve ever imagined. Alaska and everyone involved really pulled out all the stops,” Bass said.

Joan, 87, was seated on the ramp as her daughter and nephew stood by to watch the aircraft’s arrival carrying Turgeon’s casket. Passengers remained in their seats, peering out the windows to a ramp full of service men and women from the military and beyond to pay tribute to Turgeon. His casket was carefully delivered to an honor guard who carried it to a waiting hearse near the aircraft. 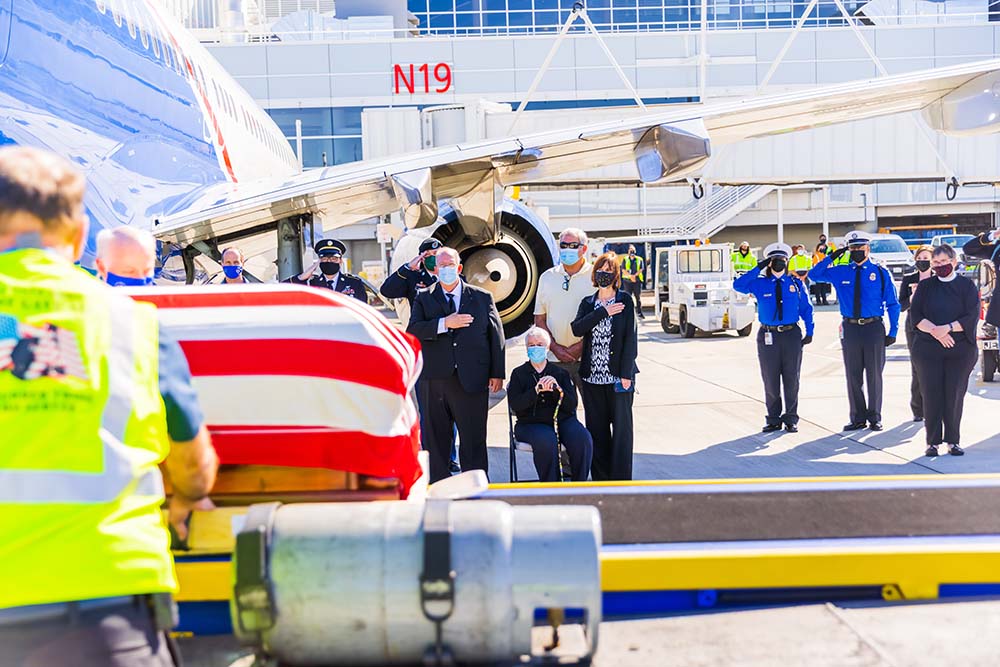 The fallen soldier program Alaska has is really something,” said Bass. “I like the fact that when they were getting the casket prepared to leave the cargo hold, the lead agent asked my permission if they could continue with the preparation of the casket. Everything was received appropriately and to our satisfaction. I thought that was really nice.”

Turgeon, who grew up in Cordova, Alaska, will be laid to rest next to his mother. When she passed years ago, the family bought a spot on the wall for her and also for Turgeon should he ever be found.

On Aug. 28, he will be buried next to her and his sister, among other family members and receive full military honors at St. Dunstan’s Episcopal Church in Shoreline, Washington.