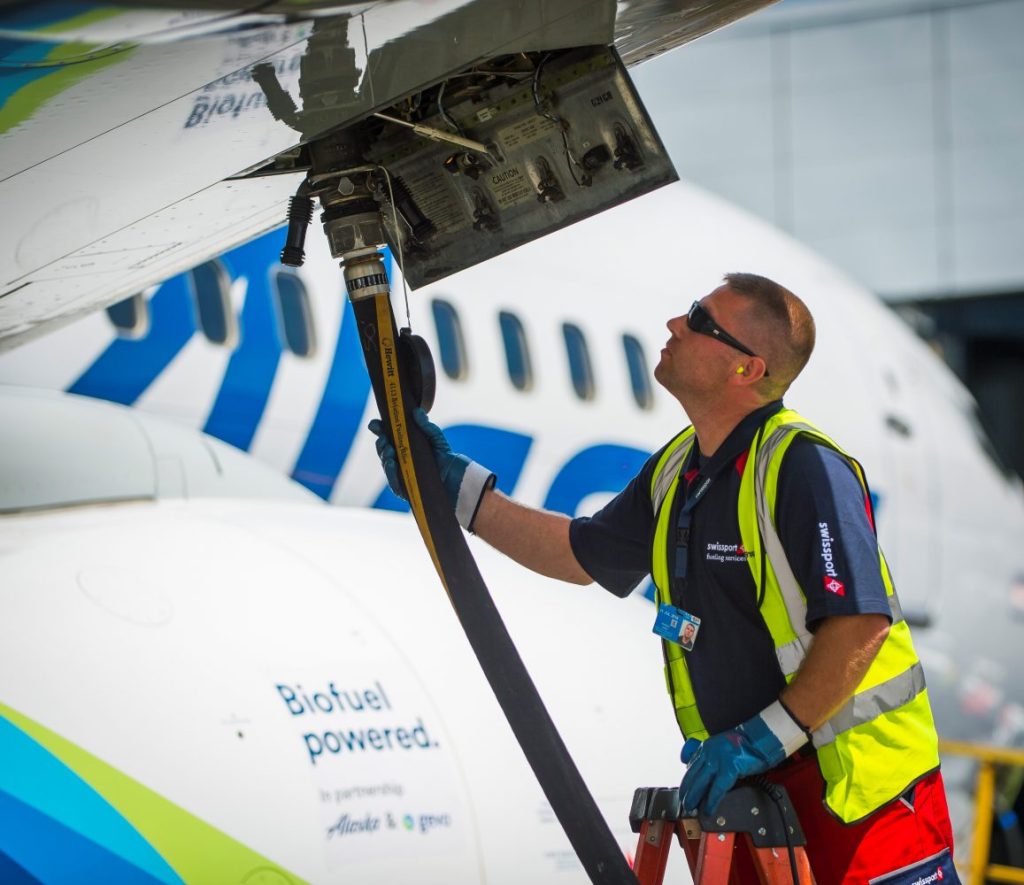 Alcohol-to-jet biofuel was just approved for use by ASTM International in March 2016 and is the first aviation biofuel to be certified and approved since 2011.

To make renewable jet fuel, Gevo starts with a non-edible field corn. First, Gevo’s process captures the protein and fiber in the corn to produce a high value animal feed product. Then, the starch (or sugars) in the corn kernels is fermented into isobutanol. This fermentation process is similar to that used to make ethanol – the type of alcohol used in alcoholic beverages. Isobutanol is then chemically converted through a Gevo-patented process into a renewable jet fuel. What they’ve created is the first carbohydrate-based, sugar-fermented fuel.

“The amazing part about this is that you can make something like a carbohydrate into jet fuel and not have to change the plane at all,” said Glenn Johnston, Gevo’s executive vice president of regulatory affairs. “We use carbohydrates – the most plentiful sugar source on earth – and we can use a variety of them.”

With its current corn-based process, Gevo produces 11 pounds of high protein animal feed for every gallon of jet fuel produced.

What makes a fuel “renewable”?

Gevo uses renewable biomass (such as plants) as a fuel feedstock, which can be grown and harvested annually.

This is accomplished as the plants (grown for both fuel and animal feed) absorb carbon dioxide from the atmosphere and release oxygen through photosynthesis. This is the key to reducing our carbon dioxide emissions both now and in the future.

Gevo’s goal is to create a renewable fuel source. The feedstock used can be replenished through planting and harvesting into the future.

More about the project

The Gevo team of about 30 has been working since 2007 with various stakeholders throughout the aviation community to test the fuel and make sure it is safe for flight. So far, the fuel has been tested by GE, Rolls Royce, Pratt & Whitney, Honeywell and several others in the aviation industry.

“For those wondering ‘Is this fuel safe to fly?’” Johnston said. “I’ll be on that flight. So, yes.”