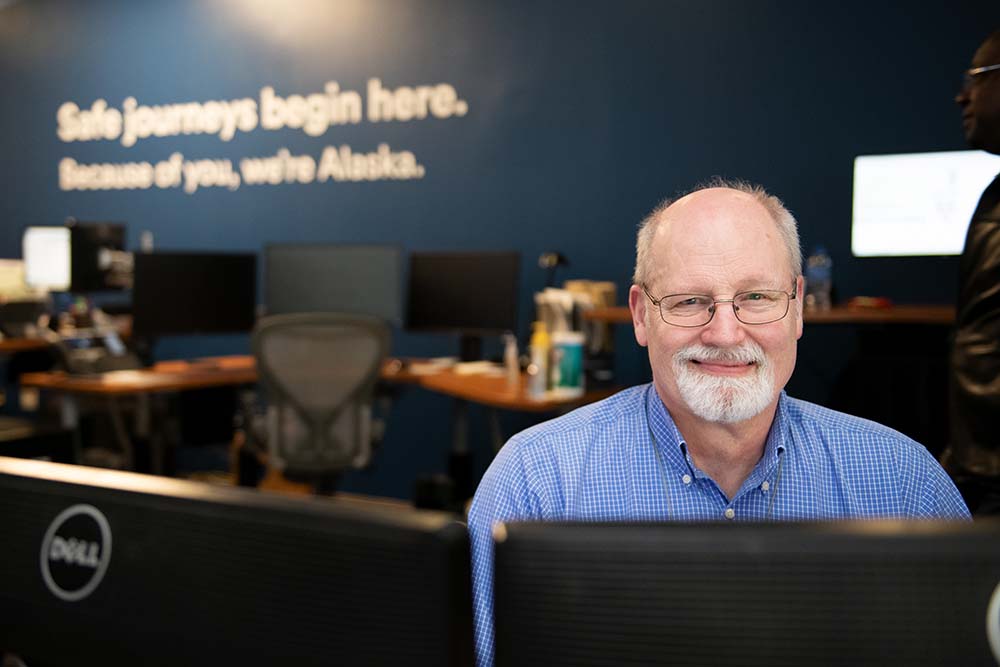 When Jim Sundstedt runs a meeting, it always starts and ends on the themes of safety and compliance. And it always runs on time. Sundstedt, a 35-year Alaska Airlines employee, is known for hosting the Daily Operational Review at 0800 hours for the airline’s Maintenance and Operations division. He’s insistent on starting promptly, and he closes each meeting with the words, “Everybody, stay safe and compliant.”

It’s not just a saying—we take it seriously,” Sundstedt explains, noting that this timeliness connects with running an on-time airline. “We do all we can to get passengers where they’re going on time. When planes need maintenance or repair—for example, changing a tire—our focus is to return the aircraft to service safely, efficiently and in compliance with regulations.”

Sundstedt is also known as a go-to source for information about airline procedures—he wrote many of them over the years. Today, he is one of six maintenance operations managers tasked with assessing the status of airplanes and providing estimates on repair times so that decisions can be made related to when planes are expected to be back in service.

Sundstedt, who grew up in Kent, south of Seattle, studied business in college but was always drawn to the airline industry. He earned an airframe-and-powerplant license in 1976, allowing him to work on planes as an aircraft technician. He worked at several airlines in Northern California in the late 1970s and early 1980s, before being hired by Alaska and returning to Seattle in 1984. Later, he went back to school and studied avionics. In 1990, he moved to Alaska’s Maintenance Control Group, where he has worked since.

I feel blessed to have a career with Alaska that has been phenomenal,” Sundstedt says. “I’ve always loved what I do.”

What do you like most about your job?
Variety is the thing I like most. Something new happens each and every day, and we get to use creative thinking to keep things running as best we can.

What advice do you have for new hires?
Don’t take your job lightly or for granted, whatever it is. And never stop learning, so that you can be better at what you do.

What are your interests outside work?
My hobbies are woodworking and home improvement. At different stages, I’ve worked on everything from building a foundation to the completion of a house. I also like fishing and travel.

What do you take with you on travels?
The first thing I take on a trip is my wife! After that, I pack a tablet with books downloaded from the library.

What’s on your travel to-do list?
When I retire, we’ll do longer trips to see the beautiful parks along the West Coast.

“What makes Jim a legend is that he’s always completely prepared for anything that comes up at any time. He’s very proactive and strategic.” -Steve L., Director, Maintenance Control, Seattle
“Any time you give Jim a call for a mainte­nance reference or a policy reference, he knows exactly where to find it-often because he most likely wrote it. He knows everything by heart.” -George K., Horizon VP, Maintenance & Engineering, Seattle

“Jim has a great wealth of knowledge. Working with him over the years has been a joy.” -Linda C., Fleet Tech Program Manager, Seattle

“Jim is devoted to our customers and has always considered what the effect of our job is on passengers …. He’s committed to safety and compliance, and he has taken that commitment and made it so that we perform at a very high level.” -Ed 8., Maintenance Operations Manager, Seattle