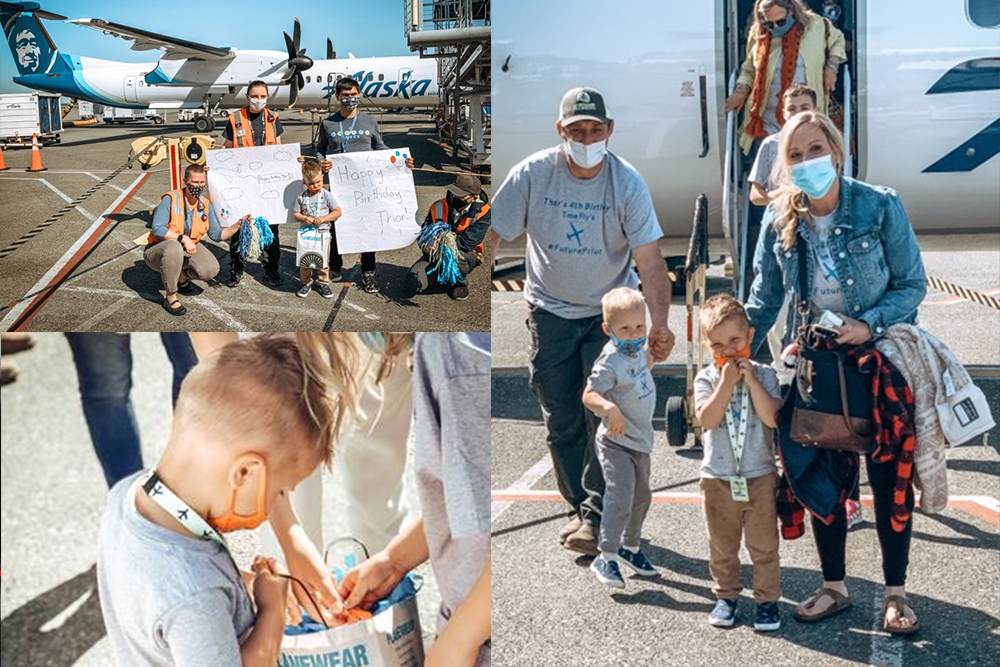 It’s not every day that you get to celebrate your birthday in the air onboard your first flight.

When employees from Horizon Air, Alaska’s regional airline, found out that a four-year-old guest would be flying for his birthday, they went above and beyond to make his day remarkable.

William Suarez, Horizon duty manager of Seattle station operations, was notified by Patricia Eidem, Horizon SOC customer operations manager, that an inbound flight from Pasco had a special guest onboard.

The special guest was named Thor and he happened to be celebrating his fourth birthday. Eidem had heard the news about Thor and his family from CSA Andrew Dorman.

Megan Simonis, Thor’s mom, says he loves airplanes. Whenever he looks up and sees an airplane, he stops what he’s doing, makes everyone around him look up at the plane and wave. He always says he’s going to fly one someday.

The family flew from Pasco to Seattle to eat lunch and return home the same day.

In Pasco, Dorman checked Thor’s family in. They boarded early and took photos with and talked to the crew. Onboard, the flight attendant even made a birthday announcement.

“I was able to gather some Alaska-branded merchandise to throw in the bag and gave him a personalized card from the team,” Suarez said.

Thor was so happy and excited.

The team went above and beyond for Thor’s birthday,” wrote Simonis, in an email. “It was truly a magical day, one that won’t be forgotten. You all are amazing.”