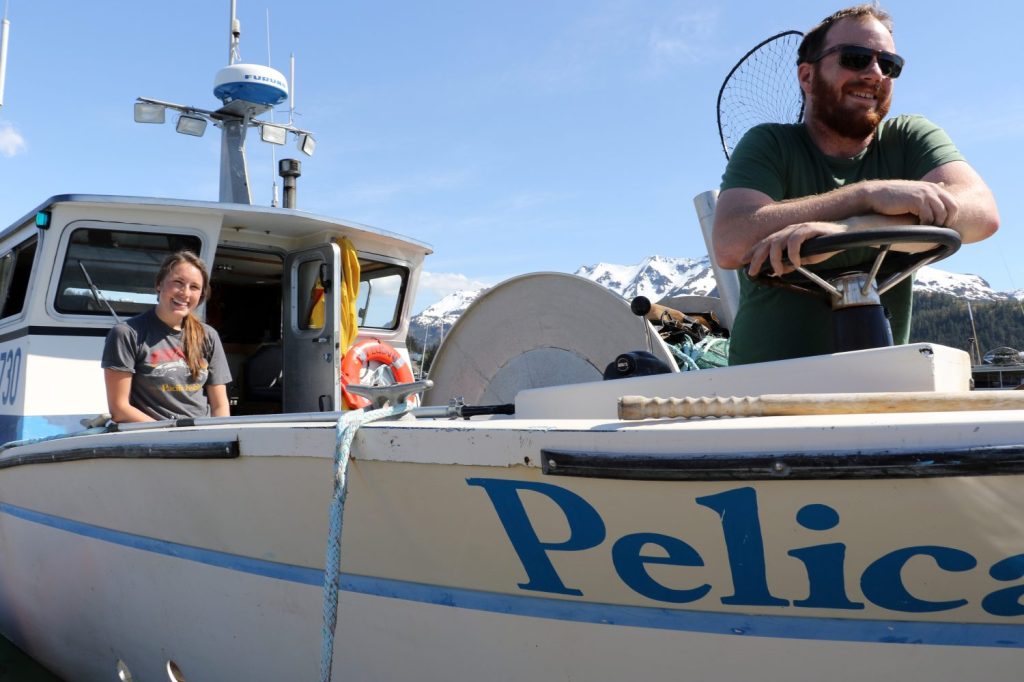 For the 24 hours leading up to the Copper River salmon season opener each year, the fishermen of Cordova, Alaska may as well be 5-year-olds waiting for Christmas.

The season doesn’t officially open until 7 a.m. on the mid-May morning chosen by the Alaska Department of Fish and Game (this year on May 16), but the countdown holds so much anticipation that the harbor begins to empty days before as boats head out to the fishing grounds so they can start catching fish as soon as the season opens. Fishing families count the minutes until they can finally drop nets in the water once more.

“We have a saying – ‘When the salmon return, all is right with the world,’” says Cathy Sherman, public information officer for the City of Cordova and director of the Cordova Historical Museum. “For the fishermen, it’s tradition. You’re doing what you’ve always done and what your family’s done before you.”

Cordova is a town of about 2,300 residents west of the Copper River Delta in South-Central Alaska. The population nearly doubles during the May-October fishing season each year. While Alaska Natives have fished salmon in the area for thousands of years, and the first European fishermen opened canneries in the late 1800s, the community’s early growth was mostly credited to the railroad transporting millions of tons of copper ore from mines north of the town.

“The railroads and fisheries grew alongside one another in the early 1900s, and when the railroads closed in 1938, everyone was going doom and gloom,” says Sherman. “But then they looked around and there were these fisheries that were just blooming.”

Today, the Copper River salmon fished in Cordova are world-renowned.

They are so prized because they are rich in omega-3 fatty acids. Every year, king, coho and sockeye salmon return to the Copper River to swim hundreds of miles up silty, glacial waters flowing at an average pace of 7 miles per hour to spawn. In preparation for that journey, they fatten up with feasts of ocean plankton. All that fat translates to flavor.

“Really the flavor is what makes them so special,” says 23-year veteran fisherman Dennis Zadra. “The farthest ones swim about 300 miles to spawn, and all the energy that their body needs to get all the way up the river is stored in that fat. When we catch them out here they’re big and silver and beautiful.”

But in Cordova, a town with no road access to the rest of the state, there is something else that has helped boost this particular salmon’s reputation: the ability to get fresh fish (not canned or frozen) out to the rest of the world.

“We are so lucky in Cordova because we have that airstrip and that jet service. Our fish is going fresh out of here to other communities. We’ll catch it on Monday and it’ll be in Seattle on Tuesday,” says Thea Thomas, fishing her 30th season this year on her boat Myrmidon. “The fact that we can fly it fresh is huge.”

The fresh fish market really took off in the 1980s, with better coordination between the locals and the airlines, and the rest was history.

“We always knew the secret, but once it got out everybody else knew it too,” says Sherman.

While the fresh market raised the profile of the sockeyes, kings and coho salmon from the Copper River, it also created a more competitive market. That in turn led to a much better product, says Sherman.

“These fish are handled with such care,” she says. “I think it’s changed the whole market. It’s made the consumer look for a better product, and it’s made them more aware of wild, organic salmon.”

For the love of fish

The Copper River fisheries are relatively small, and carefully regulated by the Alaska Department of Fish and Game to protect against overfishing. They won’t open the season until a critical mass of salmon has passed by an ADFG-maintained sonar site between the Childs and Miles Lake glaciers about 33 miles upstream from the mouth of the river.

While this can sometimes place the department in the unenviable position of being the only thing standing between anxious fisherman and the season’s first fresh catch, their first priority is escapement, to preserve what locals describe as one of the most robust wild fisheries in the world.

The writers of the Alaska State Constitution also recognized the importance of protecting the state’s fisheries, mandating in 1956 that fish must “be utilized, developed, and maintained on the sustained yield principle.”

In total, there are just 540 permits for the Copper River fisheries, all held by individuals or families, many of whom have been fishing for decades. They mostly fish from small, 30- to 34-foot boats called “Bowpickers” with room for just one or two fishermen, and can bring in a thousand or so pounds of fish at a time.

“Most people are so removed from where their food comes from, but every one of these fish is picked up by a fisherman’s hands,” says Zadra.

Each fish is removed from the gillnets by hand, then bled, iced and delivered to local buyers. From there, the fish are distributed to various seafood processors, where they are cleaned, processed, checked for quality and carefully packed for shipment to grocery stores, restaurants and fish markets throughout the country.

“I think people are always surprised to learn that it’s all small boats from family owned businesses,” says Thomas. “We’re all individual business people – that’s pretty unique in the world.”

Thomas first arrived in Cordova to work as a biologist, but after several years watching from the shore as fishermen came and went, she felt the sea calling her name. Thomas quit her job and has been fishing ever since.

Similarly, Zadra was a year from graduating with a mechanical engineering degree from Colorado State University when he took his first trip to Cordova in the late 1980s.

“I loved it. I was just fascinated,” he said. Zadra returned to Colorado to finish his senior year, and flew back to Cordova the day after he graduated. “No regrets, it was the best decision I ever made. You’re your own man – your own boss.”

More than two decades later, Zadra still loves what he does, and says you have to really love fishing to keep going back out year after year.

While salmon fishing can be very lucrative, it’s also dangerous and unpredictable. Like many fishing towns, Cordova’s New Harbor features a fishermen’s memorial in honor of those who have lost their lives on the ocean.

“When it’s good, it’s good, but boy is it dangerous,” says Zadra. “There are no guarantees. You just have to take the good and the bad and go after it as hard as you can.

The old bus-turned-kitchen is just steps from the new harbor, is open seasonally from April-September, and comes highly recommended by locals.

Alaska Trekker describes Cordova and the surrounding Chugach Forest as a “hiker’s paradise,” with something to offer hikers of every ability.

For a quick trip with a big pay-off, Alaska Airlines’ customer service lead Jeanine Bruller recommends a walk at Sheridan Glacier, just a few miles past the airport.

If you have a full day to spare, take an airboat/driving tour to Million Dollar Bridge and Childs Glacier, where you’ll find the Copper River sonar site and a well-maintained ghost town of a campground, largely unused since the access road washed out several years ago.

Pro tip: mosquito repellant is a must.

This prettily trimmed outdoor apparel is ubiquitous throughout the state of Alaska. Chose a hat or jacket off the rack, or customize your own with your choice of trims designed by local Alaska artists.

If you’re a frequent flier with Alaska Airlines, you’ve probably seen the vests on state of Alaska-based employees.

The harbor’s best views are arguably found in the restaurant at the Reluctant Fisherman Inn. Enjoy a drink or a meal (the food comes highly recommended by locals) while watching boats enter and exit the harbor. The backdrop of snow-capped mountains and swooping bald eagles ain’t bad either.