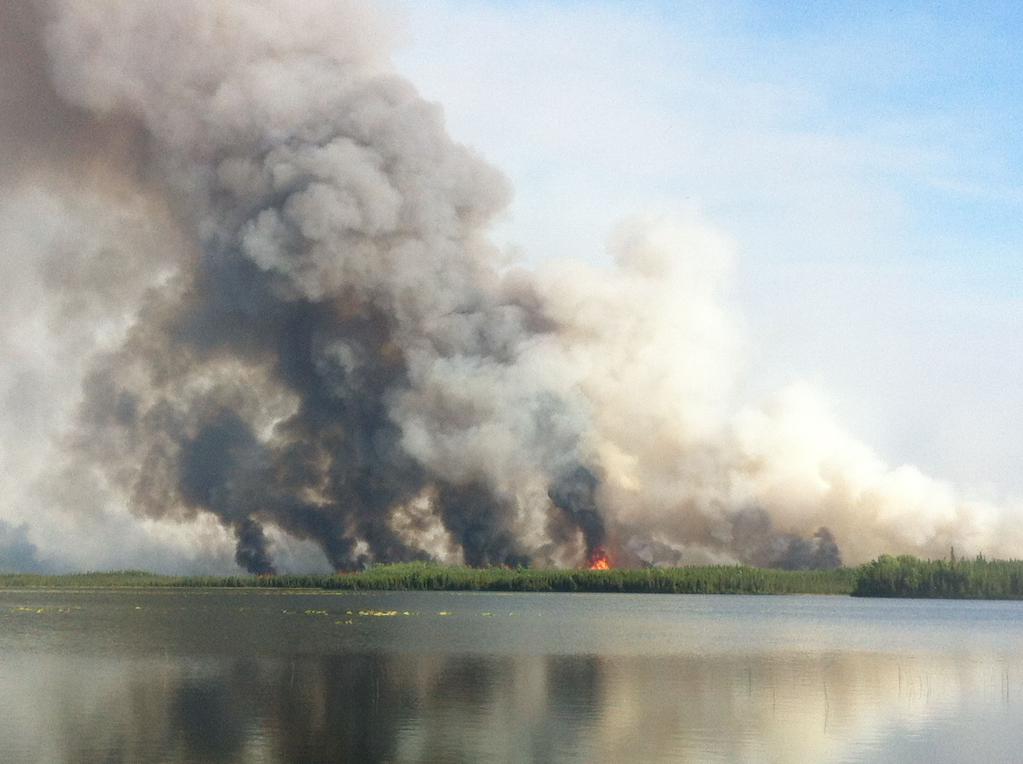 An unusual number of wildfires in the state of Alaska over the past two weeks has required evacuations of many residents and some have lost their homes.

Alaska Airlines’ operations in the state of Alaska have not been impacted to date, but the airline is doing what it can to help residents affected by the fires. Alaska employees are also in touch with businesses that move tourists throughout the state, such as the Alaska Railroad and the cruise companies. If their operations are impacted by the fires, particularly between Fairbanks and Anchorage, we stand ready to help fly those passengers, if necessary.

Some 300 wildfires are currently burning in the state, which has dangerously dry conditions this summer, according to the Alaska Dispatch. As the July 4 holiday approaches, the state fire marshal has suspended all fireworks sales in several regions.

Residents of Aniak and other nearby villages were evacuated on Thursday to nearby Bethel. Alaska Airlines provided free shipping of blankets, toiletries and other supplies on a cargo aircraft for the American Red Cross, which is setting up a shelter in Bethel, said Marilyn Romano, regional vice president for the state of Alaska.

Alaska Airlines also donated 25,000 miles to an auction that was held to assist dog mushers, many of whom lost homes in the so-called 7,000-acre Sockeye Fire in Willow, Alaska. Among the 55 people who lost their homes was DeeDee Jonrowe, a frequent Iditarod competitor and a two-time winner of the Alaska Airlines Leonhard Seppala Award for the musher who takes the best care of her dogs.

“It is not unusual to have fires in Alaska in the summer, although this is a lot,” Romano said. “We are going to keep a close eye on the fires and continue to help residents in whatever way we can. We also are keeping the thousands of firefighters, both local and from out of state, throughout Alaska right now, in our thoughts and prayers.”

You can help, too. American Red Cross of Alaska opened shelters, and is working with state and local officials to determine what help is needed. The Red Cross also partnered with the Salvation Army to provide food and drink to the people affected. Donate now, at www.redcross.org.