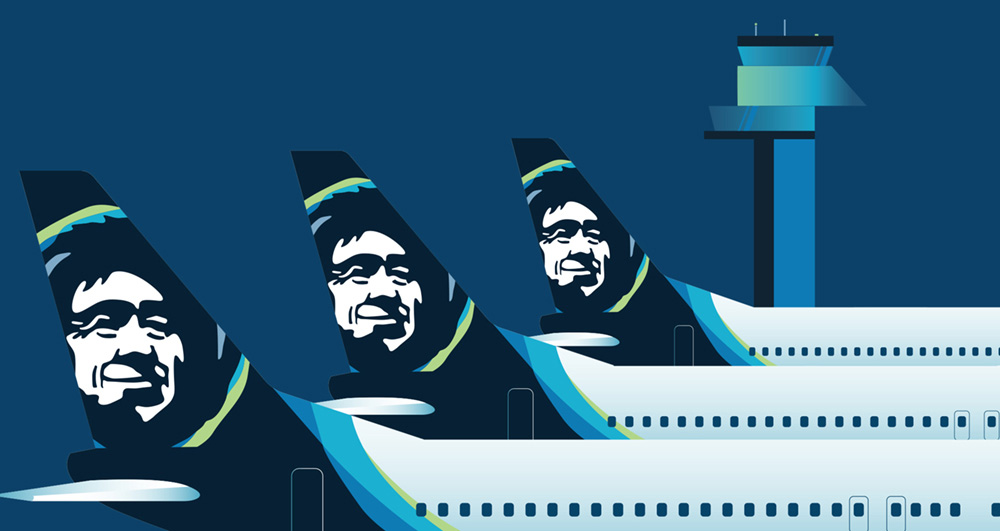 Few things are as frustrating as sitting on an airplane waiting out an “ATC delay.”

ATC is airline-speak for Air Traffic Control, a program governed by the Federal Aviation Administration. It manages the flow of planes as they arrive and depart airports. ATC’s top priority: safety. That includes maintaining a safe amount of separation between aircraft.

In perfect conditions, planes can fly closer together. When airport conditions deterio­rate – wind, snow, poor visibility, or even too many flights scheduled in the same time period – controllers ensure the highest levels of safety by requiring more space between planes as they arrive or depart. Instead of 60 airplanes arriving every hour, for instance, ATC might restrict the flow to 30 airplanes. Of course, that slower rate creates a backlog.

Airplanes must wait their turn in the air, at the departure gate or on the taxiway. Other times, airlines cancel flights to help minimize the snowball effect of delays, and passengers are rebooked on the next available flight.

When you’re waiting for your flight on a blue­bird day, it can be hard to believe that weather is the biggest culprit, causing nearly 80 percent of all delays. And it’s not always the weather at the airport you’re departing – it’s usually the weather along your route or at your destina­tion. Some delays are seasonal (like snow and thunderstorms), while others are unusual. Poor visibility from wildfire smoke, for instance, repeatedly delayed flights in the Pacific North­west and California this past summer.

Air travel has seen huge growth over the past decade, and it has been difficult for air­ports to meet demand for more runways and gates.

What’s Alaska doing about it?

Air Traffic Control is an ongoing process. Multiple times each day, Alaska’s ATC chief dispatchers communicate with the FAA in Virginia about what’s happening in the sky. Alaska’s Flight Operations ATC team not only listens to the FAA, they also propose changes to the FAA’s requirements to minimize the impact of delay programs.

“Alaska Airlines is investing time, energy and resources to operate as efficiently as possible, but we’re also working with the FAA with an eye toward the future to mitigate additional delays as air traffic continues to grow,” Osterdahl said.

Working with pilots, the ATC tower and the FAA, Alaska’s team has made more efficient use of Seattle’s runways, which has decreased the number of departure and arrival delays.

Longer term, Alaska’s Air Traffic, Dispatch and Systems Operations teams are continually seeking creative solutions to address delays, regardless of cause. The team studies weather patterns, rush-hour travel times and seasons, airport configurations – any number of vari­ables, in search of ways to schedule the most reliable flight times possible.

How to minimize the impact of a delay