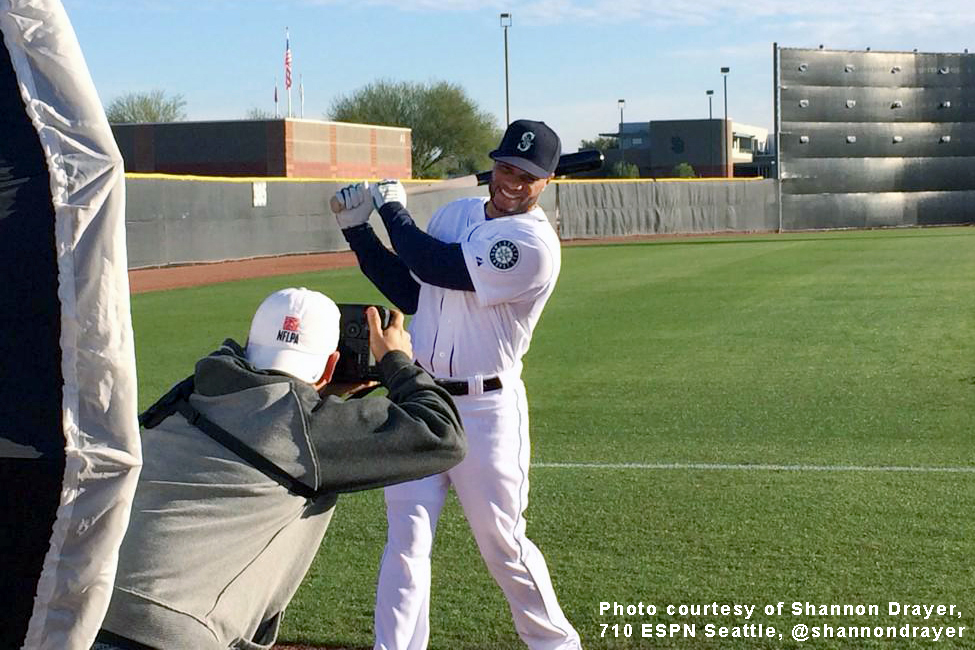 Spring training is the perfect time for fans to soak up the warm Arizona sunshine as they get close to big baseball stars in small baseball parks.

Through April 4, half the teams in Major League Baseball, including the Seattle Mariners, will play their spring games in the Phoenix area. Now is the time to book your flight.

To make the most of your time before and after games, we sought advice from Robinson Cano, the All-Star second baseman for the Seattle Mariners.

“I’m in work mode when I’m here for spring training, so I don’t get to hang out much,” Cano said Tuesday. “But I do love to eat a nice dinner after we practice.”

So where do you go, Cano?

“I like sushi at Squid Ink Sushi Bar in Peoria,” Cano said. “I’m a big fan of shopping at Scottsdale Fashion, and when there’s time to have some fun I go to Castles-n-Coasters in Phoenix for some mini golf. I love that place!”

For more out-of-the-park advice, we turned to the baseball journalists who spend nearly as much time at spring training as the baseball players (but with less running): Seattle Mariners beat reporter Ryan Divish of The Seattle Times and radio hosts Danny O’Neil and Mike Salk of 710 ESPN Seattle.

No. 1: It’s called a desert for a reason

O’Neil: Wear sunscreen: Lots of it. My freckled Irish heritage is betrayed by my last name – O’Neil. That means I get acquainted with my friend Plenty O’Sunscreen in Arizona. I don’t overdo it, but 50 SPF is a frequent choice. Also, SPF Hat works well on my head. All jokes aside, there’s no quicker way to go from great to groaning than thinking, “Oh, I’m probably OK,” on that first day in the sun.

No. 2: Enjoy your time at the park

Salk: I like to get there early and just watch the players warm up. Baseball players are super relaxed at spring training so it’s a good time to see them having fun. The ball field is intimate and a great venue to take in a game. The games are great, but the warm-up time can be even better. It’s also the best time for kids to get autographs or pics with the players. Make sure you have your kids bring something to get signed though!

Divish: The best time for kids to get autographs is after workouts before games. The players are at the complex and usually willing to sign before they go into the clubhouse to get ready for the games.

(This was the one restaurant recommended by all three experts.)

Salk: For dinner, make sure to go to Don and Charlie’s in Scottsdale, lots of memorabilia to look at, great food and you may see a player there dining with his family.

Divish: Old school hangout for writers, ballplayers and baseball execs. The place has the most ridiculous collection of memorabilia. Love the charred ribs and twice-baked potatoes.

Divish: Yeah, it’s a chain but a good one. Started in NYC, rumor was that Tommy Lasorda (legendary former manager of the Los Angeles Dodgers) asked the owner to put a franchise near the Dodgers practice facility. Whether it’s true, you may see him there along with any number of players and coaches. Good thin crust pizza and beer.

Divish: One of the favorites of Dave Niehaus (Mariners broadcaster for 34 years who died in 2010) and other veteran spring training attendees, it’s authentic Mexican cuisine and the best margaritas in the valley.

O’Neil: An upscale restaurant featuring modern Latin cuisine. If you go, ask your server for recommendations and they will guide you to one of the best meals you’ll eat this year.

Divish: I have to add this one after eating there during Super Bowl week. Ridiculously good barbecue with brisket, ribs, pulled pork, sausages and great sides. I had meat sweats from eating this stuff.

Divish: Firebirds is a steakhouse near the ballpark. Great drinks. They also have early dinner specials and a late-night menu.

Salty Senorita is right by the ballpark and 710 ESPN Seattle’s Cactus League Report broadcasts from there Wednesdays from 6-7 p.m. Great happy hours and players show up for the Cactus League Report shows (except March 25, which will be part of a pregame show). Sometimes you’ll see players there on their own, as well.

Divish: Salty’s isn’t as upscale, but it has a massive outdoor area that looks directly into the Padres practice fields. It also has a sand volleyball court. Buckets of beer and cheap tacos.

Divish: The Moon is an underrated little spot that a lot of the writers and coaches frequent. Drink specials daily and try the tangy gold wings.

O’Neil: Hydrate. This would be in addition to the adult beverages that you may or may not consume. Perhaps that needs to be spelled out: A beer does not help you hydrate. In fact, just the opposite is true and while in my studied opinion nothing is better than a cool glass of suds on a warm spring day, the worst hangovers come from consuming copious amounts of those suds, in the sun, without the benefit of water. Consume more water than beer. That’s a good rule of thumb for life, and especially at spring training.

Salk: Start off your day golfing, take in a game at 1 o’clock, shop, dine and do it all over again the next day.

Fly away: Book your flight on Alaska Airlines

Alaska Airlines offers direct flights to Phoenix from Seattle, Portland and Anchorage. If you’re a fan of a team that plays in Florida’s Grapefruit League, Alaska flies to Tampa, Orlando and Fort Lauderdale. Alaska Airlines is the official domestic airline partner of the Seattle Mariners. 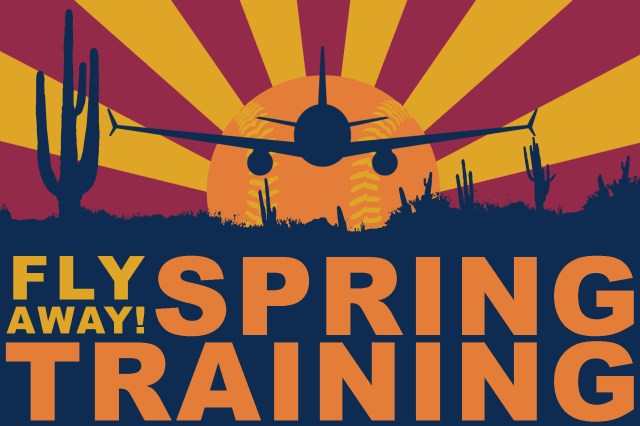