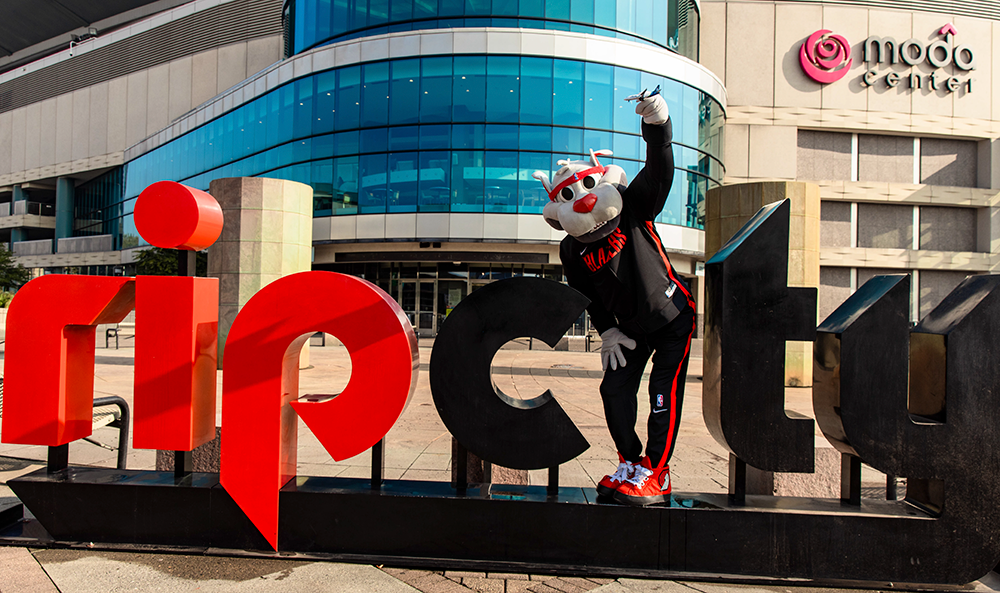 SEATTLE— Alaska Airlines announced an expanded partnership with the Portland Trail Blazers organization, which includes being named the official airline of the NBA team. Portland is a crucial part of Alaska’s future, operating as a key West Coast hub where they serve the most nonstop cities of any airline.

The expanded partnership means Trail Blazers fans will see a lot more of Alaska during games and outside of basketball. Elements of this expanded partnership include sponsorship of Moda Center Theater of the Clouds, presenting “The Trail” docuseries that will soon be available in-flight, expansion of the popular “Wear in the World” promotion, new in-game features and social programs.

“Being a part of the Portland community for so many years is something we greatly value,” said Eric Edge, managing director of marketing and advertising. “Between our loyal guests and the thousands of our employees who live and work in Portland, we’re dedicated to creating strong connections with organizations throughout the region. We believe that sports can strengthen a community, and we look forward to seeing all the exciting things we can do together with the Trail Blazers.”

“We are thrilled to name Alaska Airlines the official airline of the Portland Trail Blazers,” said Andrea Bailey, EVP & Chief Revenue Officer, Portland Trail Blazers. “Alaska is a leading brand in Portland and has continuously invested in the Portland community. We’re excited to partner with them on various initiatives including bringing our fans closer to the team via the new docuseries, The Trail.”

Throughout the year, we offer up to 105 daily flights from Portland to 45 cities across North America, the most of any airline. Guests can also reach hundreds of international destinations through our fellow oneworld member airlines and additional global partners – including destinations like Reykjavik, Iceland and London, England nonstop from Portland. Over the next three years, Alaska plans to invest in a new terminal and lobby at Portland International Airport as well as a new 10,000 square foot flagship lounge.

Alaska Airlines and our regional partners serve more than 120 destinations across the United States, Belize, Canada, Costa Rica and Mexico. We emphasize low fares and award-winning customer service. Alaska is a member of the oneworld global alliance. With the alliance and our additional airline partners, our guests can travel to more than 900 destinations on more than 20 airlines while earning and redeeming miles on flights to locations around the world. Learn more about Alaska at news.alaskaair.com AN Alaska Airlines and Horizon Air are subsidiaries of Alaska Air Group.

About the Portland Trail Blazers

Members of the National Basketball Association (NBA), the Portland Trail Blazers were founded in 1970 and purchased by the late Paul G. Allen in 1988. The team’s rich heritage includes 37 playoff appearances, three trips to the NBA Finals, an NBA championship in 1977 and a commitment to community service and sustainability. The Trail Blazers are dedicated to positively impacting underserved kids and their families throughout Oregon and Southwest Washington where they live, learn and play. Portland is the first and only professional sports franchise to receive the prestigious National Points of Light Award for excellence in corporate and community service. The Trail Blazers home arena, Moda Center, is the first existing arena to earn LEED Platinum Certification in 2019 after receiving LEED Gold Recertification in 2015 and becoming the first existing professional sports venue in the world to receive LEED Gold status in 2010. The team is also one of the founding members of the Green Sports Alliance. For more information, visit trailblazers.com.