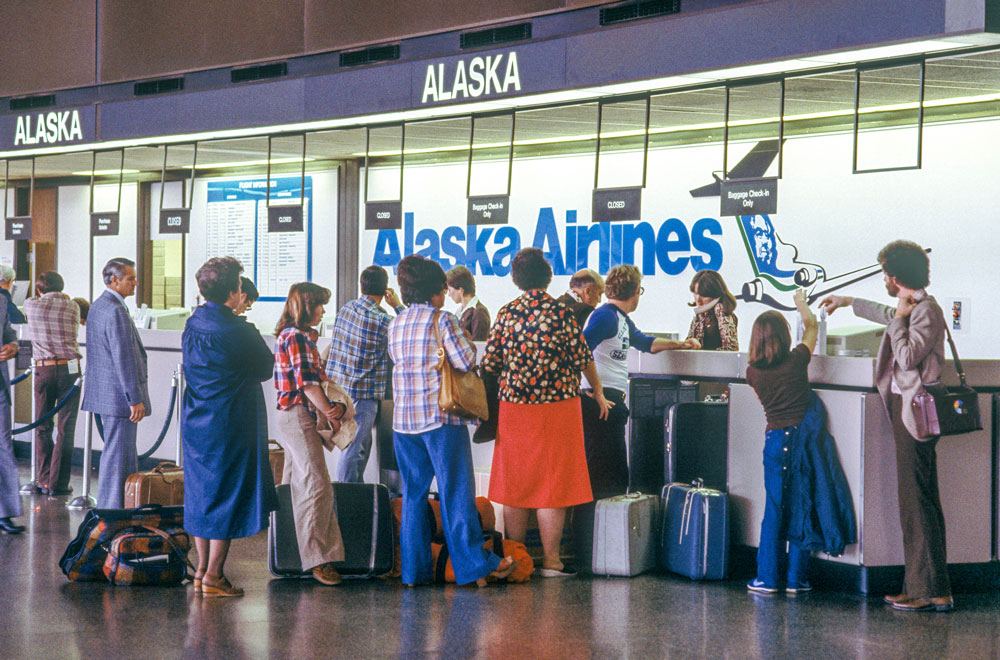 Did you know that Sea-Tac International Airport is home to several honeybee hives? Or that construction workers found the bones of a giant sloth while building a new runway in 1961? How about the fact that the airport was named Henry M. Jackson International Airport for about six months in 1984 to honor the state’s famous senator nicknamed “Scoop”?

This week, Alaska Airlines’ hometown hub celebrates the grand opening of its newest upgrade: the expanded North Satellite, with eight new gates and Alaska’s flagship 15,800-square-foot Lounge. The new Lounge offers sweeping views of the Olympic and Cascade mountains, as well as downtown Seattle, and welcomes guests with a grand fireplace. At the bar, guests will find a dozen beers on tap, including the Lounge Life IPA from Seattle’s Fremont Brewing, created just for Alaska Lounges.

As phase 1 of the North Satellite Modernization Project prepares for its grand opening this week, a look back on the airport’s history shows how far Sea-Tac – and Alaska Airlines – have come together.

What we call Sea-Tac today was built in 1944 to support the region’s aviation build-up for World War II. Its name is a tale of two cities, Seattle and Tacoma, combined to represent the airport’s location smack dab between the two (not to mention some investment from the city of Tacoma). Before the airport was built, customers waited for their flight in a Quonset hut heated by a single potbellied stove.

As traffic grew, so did the airport. The North Satellite addition opened in 1973, bringing expanded facilities and an ultra-modern people-mover train. Back then, no one had a smart phone and travelers satisfied their daily habit with Mr. Coffee makers at home — thus no need for Wi-Fi, plug-in power or espresso stands. At that time Sea-Tac’s traffic totaled 5.2 million passengers a year, and it was the only airport in the Lower 48 that Alaska Airlines served. (The airline also served 10 cities within the state of Alaska in the early 1970s.)

Fast forward: In 2018, 49.8 million passengers traveled through Sea-Tac — nearly half of them guests on Alaska flights — and Alaska Airlines now flies to more than 115 destinations across the nation, in Canada, Costa Rica and in Mexico.

After “pardoning our dust” for months, Alaska guests saw five new gates open in January. The second phase of the project will be fully underway at the end of July and will close all of the old North Satellite for renovation. By 2021, the North Satellite — where Alaska is the sole tenant — will hold a total of 20 new or newly renovated gates.

Here are a few things Alaska guests can look forward to as the North Satellite and the new Alaska Lounge opens Friday, July 12:

As Seattle’s hometown airline and airport, Alaska and Sea-Tac have really grown up together,” says Shane Jones, Alaska Airlines’ vice president for airport real estate and development. “The new and improved amenities in the North Satellite show how important it is to us to provide a modern, convenient and thoughtful experience for passengers flying in and out of our city.”

How to enjoy Alaska Lounges

Alaska guests can visit by becoming a lounge member, flying first class with Alaska or purchasing a day pass. Flyers can enjoy 50 percent off a day pass when they pay with their Alaska Airlines Visa Signature® credit card.