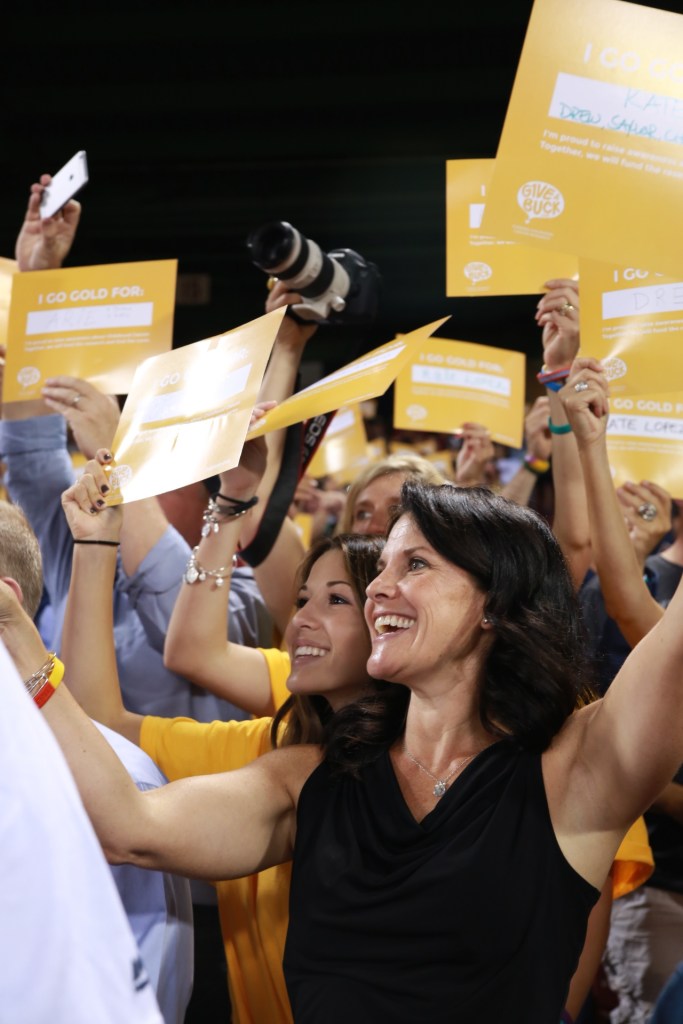 When Gail Lopez’s daughter was diagnosed with osteosarcoma (a rare aggressive bone cancer) in 2011, the flight attendant’s life changed forever. In nine short days, her 12-year-old Kate went from being an exuberant athlete sprinting down the soccer field to a helpless child in a hospital bed having the first of many rounds of chemotherapy injected into her little body.

“I wanted to do everything I could for Kate, but at the same time realized that there weren’t that many treatments available for childhood cancers,” said Lopez. For example, the chemotherapy treatment (with harmful side effects) was developed 30 years ago.

As Lopez learned during her daughter’s courageous battle, people were just not aware of the need for research and development of therapies to fight childhood cancers. The funding simply wasn’t there.

“I have been to four funerals in the last three years for children,” said Lopez who lives in San Clemente, Calif. “No child should have to suffer through cancer or lose their life to it.”

So, as her daughter was battling cancer, the busy flight attendant and mom began her own battle, starting the Give A Buck Fund to support childhood cancer research. The organization is now over two years old.

Recently, Lopez hit the big leagues, striking a deal with Major League Baseball to start Childhood Cancer Awareness Month. “I was watching a football game and players wearing pink in support of breast cancer awareness, and thought, ‘we can do that.’ ” Lopez said.

Thanks to Lopez, this September is the first annual MLB month for Childhood Cancers. Players will wear gold wristbands and special patches on their uniforms. Fans are encouraged to wear gold to the games. All 30 teams in the MLB will take part, including the Mariners in Seattle on Sept.2.

Lopez, who grew up in Seattle, will be at the game with her daughters — including Kate, who is healthy again and just turned 17.