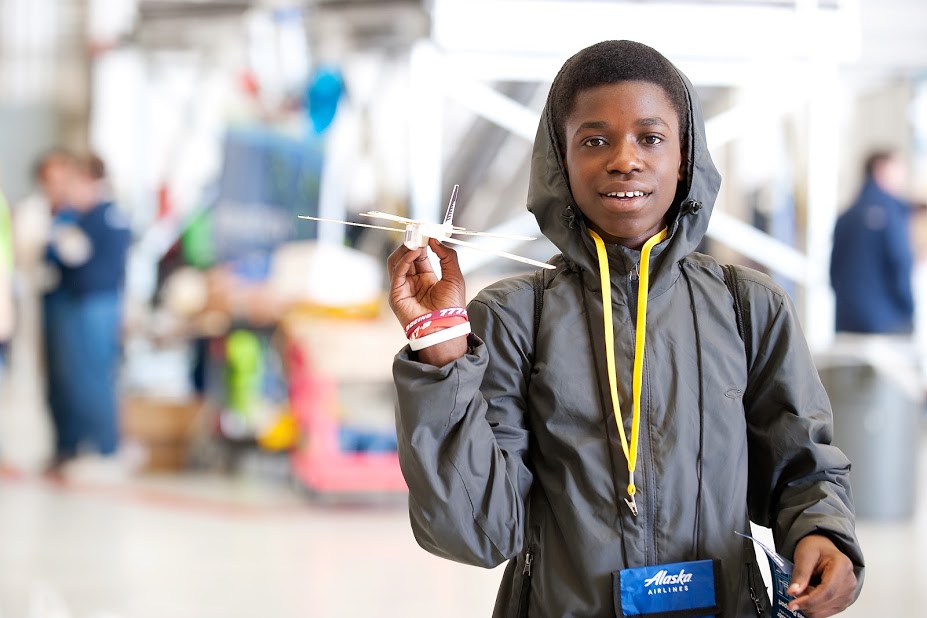 Fly a flight simulator with a pilot, turn a wrench on a jet engine with a mechanic, evacuate an aircraft with a flight attendant, students had the opportunity to try their hand at all three at the eighth annual Alaska Airlines Aviation Day today.

More than 1,000 Seattle-area youth gathered at the Alaska Airlines hangar in SeaTac May 21, to learn about careers in the aviation and aerospace industries. Each year, Aviation Day aims to show youth a path to a rewarding career in the aviation field by allowing them to interact with industry professionals.

“We want to build a bridge from high school onto college and then to a career in aviation or aerospace,” said Alaska First Officer Allen Cassino. “We are laying out the stepping stones to show youth in our local communities just that. They can be a pilot! They can be an engineer! They can be an aircraft mechanic! Maybe even an executive at Alaska Airlines!” 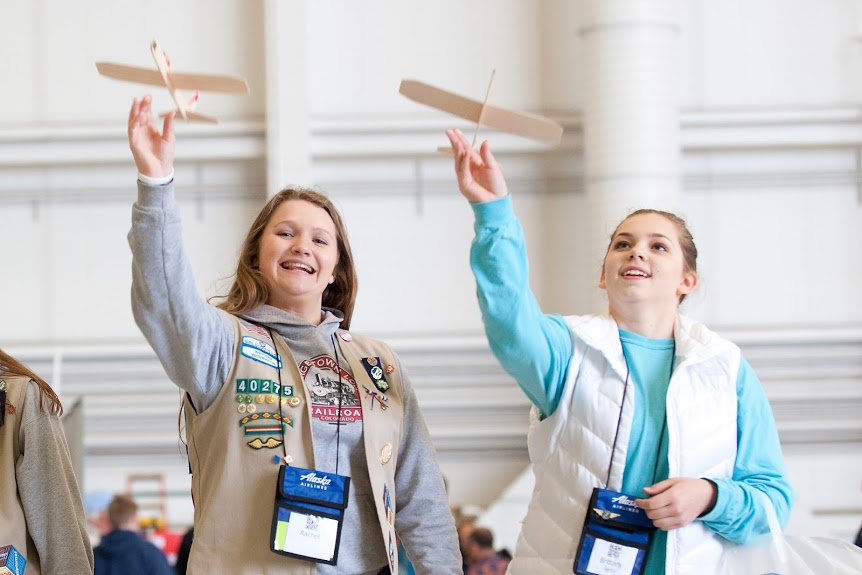 “Brendan came to Aviation Day and was talking to our mechanics. They planted the seed of being an aircraft mechanic here at Alaska,” Cassino said. “Our plan is working!”

Jazmin Chavez, a student at North Middle School in Mill Creek, Washington, says she hadn’t really considered a career in aviation until attending this year’s Aviation Day. Now? She’s thinking she’d like to be a pilot.

This year, students from local high schools, the Boys and Girls Clubs, Boy Scouts of America and Girl Scouts among others, tested their mechanic skills, learned to get an aircraft ready for preflight, flew an Alaska Boeing 737 simulator, toured military aircraft, built gliders with Boeing engineers. They learned about the wildlife around Sea-Tac Airport, simulated an aircraft evacuation with Alaska flight attendants and learned about careers at Alaska, Horizon, Boeing, The FAA, U.S. Military and the Port of Seattle. 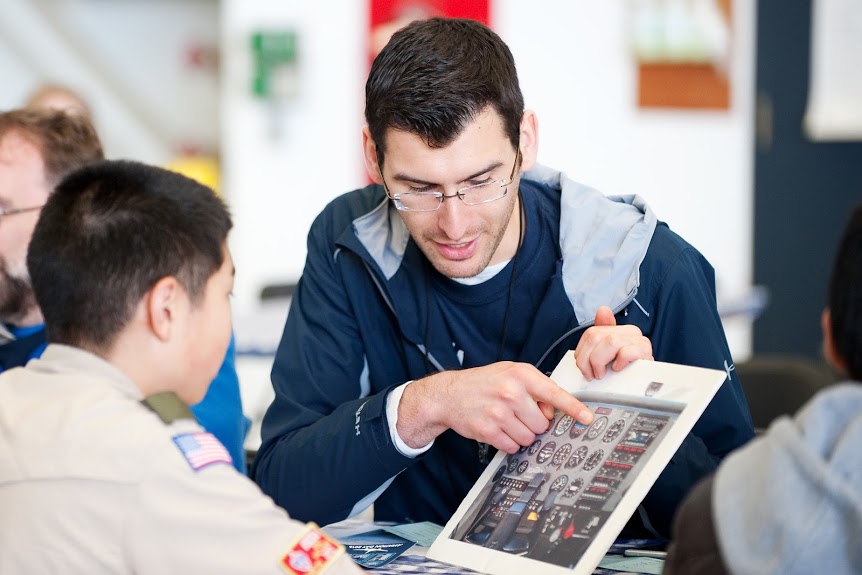 “What really makes this event amazing is the support from our fellow co-workers,” Cassino said. “Employees give their own time to make Aviation Day a success. They have an opportunity to share their stories and those real life examples are what really have an impact on the students.”

Chavez says she liked how realistic the different activities were – she felt like she was really getting a first-hand look at what a future career might look like.

Scott Burdeaux and Teresa Rignoni, from Alaska’s maintenance and engineering department, designed a massive 11-part hands-on “Maintenance Experience” activity for the students in the hangar with the help of the maintenance department. Aviation Day participants had the opportunity to turn wrenches, look inside jet engines and learn how some of the complex 737 systems work.

“When it comes to aviation, being a pilot is usually the first career path that comes to mind; this is our opportunity to showcase the many other exciting roles and people who make up the aviation community,” said Rigoni. “Maintenance can be an unexplored area for many kids, especially girls.”

“For me, having under-served kids show up in our hangar and have their horizons expanded, is why I spend literally hundreds of hours volunteering for Aviation Day,” Recke said. “If even one of the nearly 1,000 people through the door has a life-changing experience as a result of their participation in our event it will have been worth all the time, money and energy spent making Aviation Day happen.”

Students also had an opportunity to tour aircraft including an Alaska 737, a Horizon Q-400 and several military aircraft. 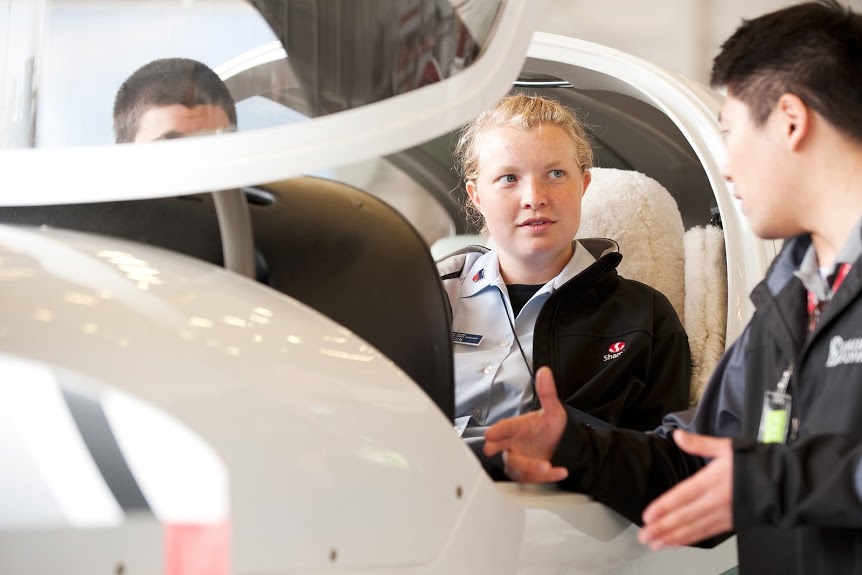 “We want to nurture the wonder and enthusiasm these kids have and show them a path to a rewarding career in the aviation field,” said Cassino. “Each year we see the event grow and develop. We’re already gearing up for next year.”

A similar event was held in Portland on May 14, and in Fairbanks on May 21.