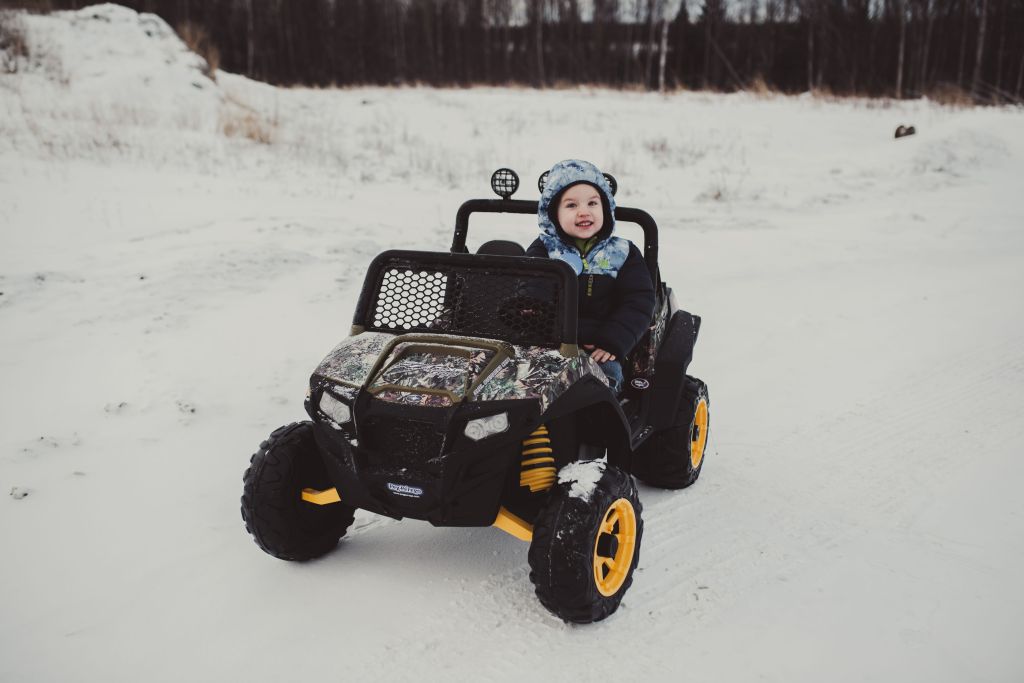 Feofan enjoying his new ride-on car in the snow. Look at that smile!

When Feofan, 3, found out he was getting a wish, he knew he wanted it to be something outside with his family in the state of Alaska. He wished to ride-on a mini ATV that matched his grandpa’s all-terrain vehicle.

At first blush, the Make-A-Wish team thought Feofan’s wish would be easy to fulfill. But, due to supply constraints, they faced some unexpected challenges in getting the toy from the manufacturer to his home in Alaska.

It took a village to make his wish come true, including Alaska Air Cargo, caring Alaska employees and the team at Make-A-Wish of Alaska & Washington.

In some ways, Feofan is a typical 3-year-old boy. He loves trucks, airplanes, Paw Patrol and going for rides on his grandpa’s ATV. He’s got a big smile and enjoys playing outside in Alaska.

What most people don’t realize is he has been battling cancer for more than half of his short life. Diagnosed with a Wilms tumor in early 2020, Feofan’s daily routine became filled with medical appointments, treatment, recovery—all in the midst of a global pandemic.

When Theresa, who has worked for Alaska for 11 years, heard about Feofan’s wish, she knew she had to be part of it. Ironically, she moonlights as a volunteer “wish granter” for Make-A-Wish and has helped wish families since 2019.

Knowing they were up against some challenges, Theresa worked her magic and reached out to the manufacturer and Alaska Air Cargo to find a way to get the mini ATV to the state of Alaska. It took several flights and a relay of staff and volunteers, but the team made it happen and the ATV finally reached its destination.

Theresa even assembled the vehicle herself when it arrived—taking her duties to the next level.

“My favorite part is seeing the whole family happy. It’s for the kids, of course, but I love seeing a parent’s joy watching their child,” said Theresa. “You get to be a part of something that’s so joyful, and I love it.”

When the toy ATV was ready for Feofan, Theresa reached out to local firefighters and police in his hometown to arrange a surprise delivery. His mom and family were blown away.

One after another, the town’s fire trucks, police cars and even an ambulance paraded past Feofan’s home, delivering the toy car with a big bow on top. There was not a dry eye on the street. Fire fighters even took Feofan and his brother for a ride—their first time in a real fire truck.

Alaska Mileage Plan members can donate their miles to great causes like Make-A-Wish that grant wishes like Feofan’s and other children with serious illnesses or injuries. To donate, visit alaskaair.com.