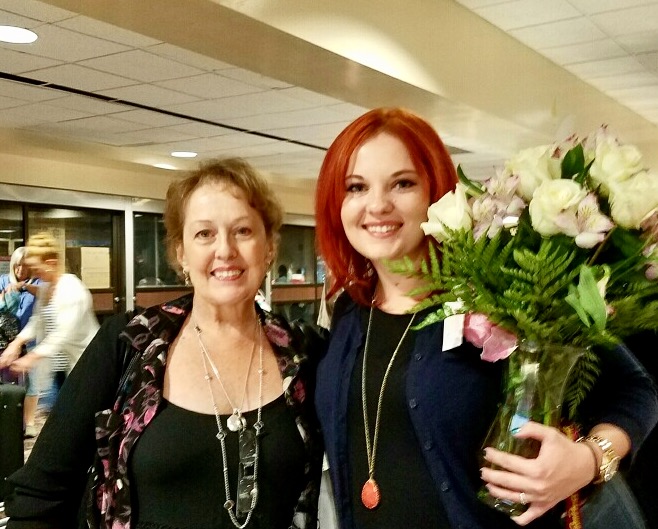 Twenty-five years ago, Alaska Airlines Flight Attendant Elizabeth Kiteley was on a layover at a hotel in Boise, Idaho when she heard screaming and ran out into the hallway. There, she found a woman with a baby that had stopped breathing. Kiteley’s training immediately kicked in and she began giving CPR, breathing for the infant and administering chest compressions. The manager of the hotel, who didn’t know CPR, called 911 and a maid tried to help calm the mother.

The 9-month-old baby girl was blue, had no pulse and wasn’t breathing, recalled Kiteley.  After what seemed like an eternity, but was only minutes, the baby began to cough and Kiteley cleared her airway. She continued rescue breathing until the infant was able to breathe for herself. Then, Kiteley wrapped her in a towel and soothed her, until medics arrived to take them to the hospital.

Kiteley received honors from Alaska Airlines for her actions and was also recognized by the local Fire Department. But the best recognition of all was from Dawn Lily, the baby’s mother, who wrote to Alaska Airlines on the eve of her baby’s first birthday.

Lily wrote, “I sit and cry a lot and think that if it wasn’t for this precious lady, I wouldn’t be celebrating my daughter’s first birthday. I feel like no matter how many times I thank her, it will never be enough.” Lily continued, “I also want to thank Alaska Airlines for teaching CPR to your employees.”

Kiteley, who is now retired after 35 years with Alaska Airlines, lost touch with the mother over the years, but reconnected on Facebook recently. And last month Kiteley was the special guest at that baby girl’s 25th birthday party, reuniting with her for the first time since that fateful day in the hotel hallway in Boise. Her mother had never, ever forgotten the kindness of the Alaska Airlines flight attendant.

Now a young woman, Amanda, is “bright, outgoing and wise beyond her years,” said Kiteley. “The memory still gives me goosebumps and happy tears.”

It’s more than serving sodas and hot meals – when Alaska Airlines’ flight attendants take to the skies they are ready to fight fires, save lives and take on any obstacle. In fact, learning to serve customers in flight only accounts for a fraction of the six-week training every new Alaska flight attendant goes through. Read more about flight attendant training.