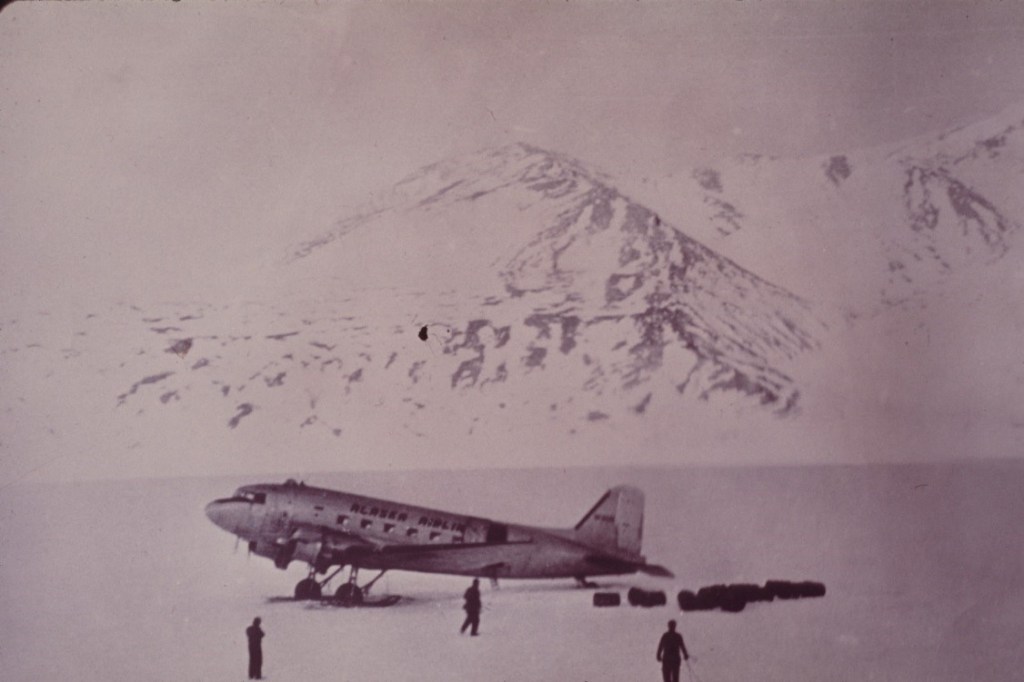 This vintage photo of a skis-equipped Alaska Airlines DC-3 is from Ron Suttell’s personal collection.

Alaska Airlines has been known for a lot of firsts. First airline to offer booking tickets on the Internet and first airline to guarantee your bags arrive on time. But passengers today would do a double-take if they had seen one of Alaska’s early firsts—first airline certified by the FAA to take off and land a Douglas DC-3 on skis!

The World War II mainstays, the DC-3, were a dime a dozen post war. Alaska used them mainly for flying cargo within the state of Alaska, however later models held passengers as well. Equipped with skis so they could take off and land on frozen, snow-covered airfields, they allowed Alaska Airlines to begin some of the first passenger service into remote communities in Alaska.

“When you think about it, it was probably a pretty amazing feat at the time, and likely thought of as a crazy idea to outfit such a large twin-engine commercial airliner in such fashion,” said Alaska Airlines retiree and company archivist Ron Suttell. “But Alaska always seems to have been at the forefront of problem-solving ideas and operational break-throughs as this so aptly demonstrates.”

Today, bush pilots in the state of Alaska still use skis for landing on frozen tundra, but Alaska’s modern jets prefer runways.