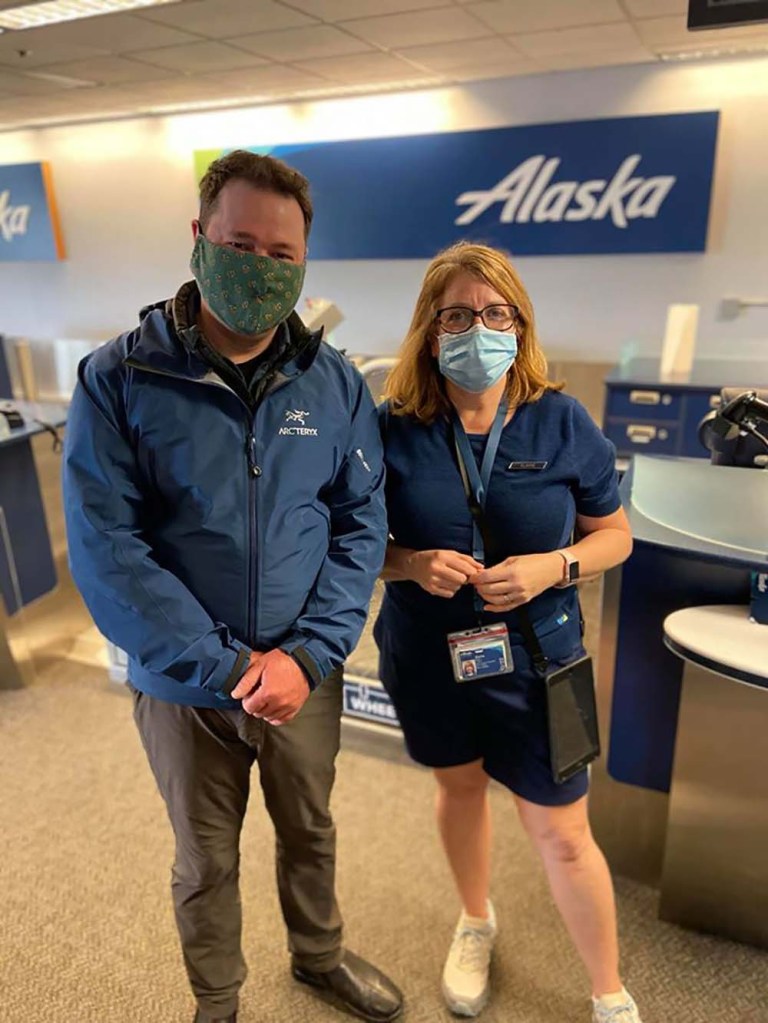 Ian McClure from Portland, Ore. had planned his annual fishing trip to Alaska carefully. Not only was he going to fish with his long-time friends, but he was going to see his grandfather’s final resting place.

McClure’s grandfather, Donald Pomeroy Blacketer, was a veteran in the U.S. Army Air Corps during WWII. Blacketer moved to Sitka following the war, and then settled in the Pacific Northwest, where McClure used to visit and go fishing with him when he was a kid. When Blacketer died, the family agreed that he must return to the town that he loved. His ashes were interred at the Sitka National Cemetery.

That was 25 years ago. McClure had never visited his grandfather’s grave to pay his respects.  McClure decided that now was the time. He intended to visit the cemetery at the end of his fishing trip.

But, McClure’s best-laid plans soon came undone. He and his friends learned (while out on the water) that their flight had been moved up an hour. Dropping everything, they rushed to the airport in Sitka, hoping to check their bags and still have time to catch an Uber to the cemetery, which was just two miles away.

They approached the Alaska ticket counter to inquire and met Lead Customer Service Agent Elaine O’Neill. O’Neill explained that the flight would be boarding in under an hour and that Sitka, a town of 9,000 people, does not have Uber or Lyft.

“That’s when I resigned myself to the fact that I wouldn’t be able to visit the cemetery,” McClure said.

That is, until O’Neill said, “Do you guys want to borrow my car?” and she handed the complete strangers her keys.

I haven’t cried tears of gratitude in a long time, but as I drove my friends in a total stranger’s Subaru to the Sitka cemetery, I had a hard time seeing straight,” McClure said.

Not only was he able to kneel at his grandpa’s headstone, he also took photos of headstones that had been requested by other veterans’ families.

McClure returned O’Neill’s car, which had been sitting on empty, with a full tank of gas.

I thanked her from the bottom of my heart and told her that I didn’t have the words to adequately express my appreciation,” he said.

Once back home, McClure gathered his thoughts and sent a letter to CEO Brad Tilden to praise our employees. He also posted the story on Facebook (see post below, to which one of his friends wrote, “Ian, what a beautiful story. I admit I may be crying right now. The world could use some more Elaines.”

O’Neill said she was happy to help McClure and his friends.

He filled my heart with his story,” she says.  “Here at the Sitka station, we are all so happy to help anyone in need.  If anyone is stranded, I never think twice to help. I just say one day someone will help me or my family……just want to pay it forward.”