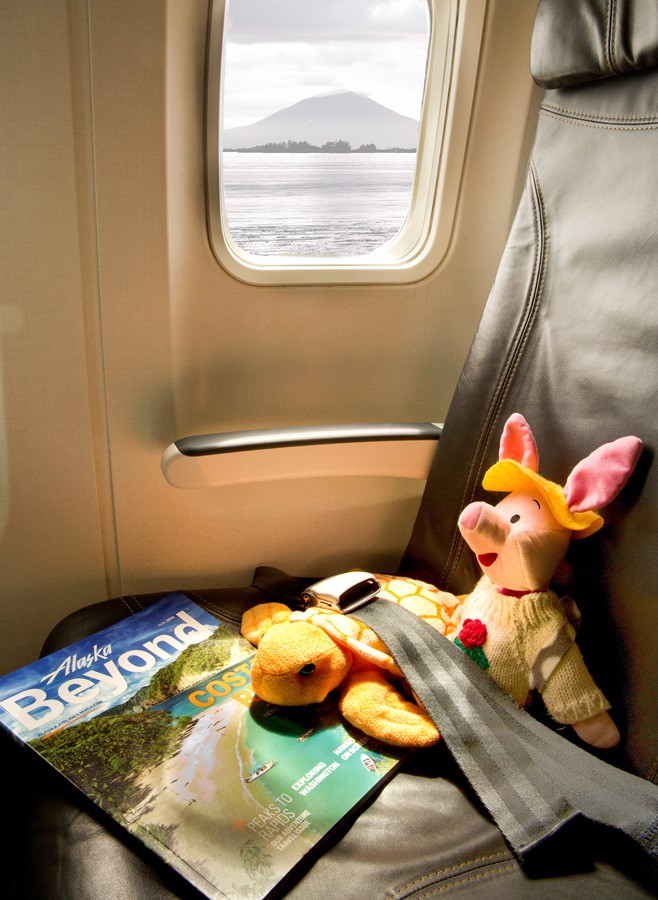 A simple ferry ride turned into an Alaskan adventure for two fuzzy stuffed animals named Piglet and Aurora, when their owner accidentally left them behind.

Petersburg, Alaska resident Lizzie Thompson had exchanged stuffed animals with family friends in Virginia for the summer, so their children could learn about each other’s homes through their stuffed animals’ adventures. Lizzie’s 8-year-old daughter Kate sent her stuffed blue-footed booby Albert to Virginia and Aurora, an orange sea turtle, came to stay with the Thompsons in Petersburg. Piglet is Kate’s favorite toy and constant travel companion.

The plan was to take the stuffed animals on summer adventures and journal about their travels as they went.

However, after being left on a ferry between Sitka and Petersburg, Piglet and Aurora ended up on an adventure of their own. 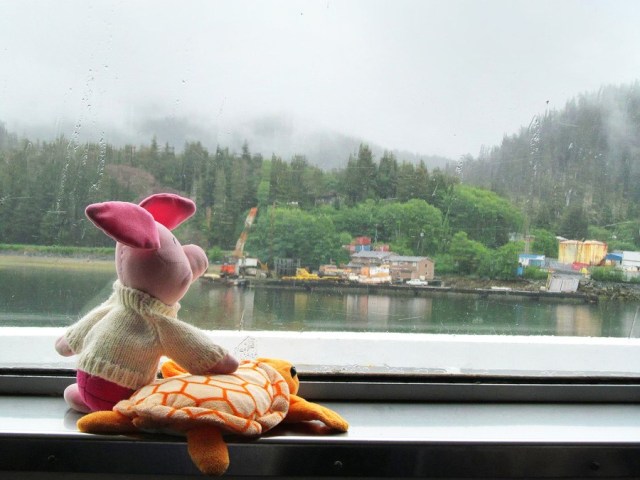 Lizzie, Kate, Piglet and Aurora take the Matanuska Ferry from Petersburg to Sitka so Kate can attend the Sitka Fine Arts Camp.

Wanting to remember the ferry ride, Piglet and Aurora pose for a photo on the ledge next to the window as the ferry nears Sitka.

Piglet and Aurora are so distracted by the view that they don’t realize when Kate and Lizzie get off the boat. By the time they notice what’s going on, it’s too late and they’re headed off to Juneau, the ferry’s next stop, alone.

Luckily a woman named Amy, who had talked to Lizzie in the cafeteria during the ferry ride, sees Piglet and Aurora on the windowsill. She knows where Kate and Lizzie are going and offers to help Piglet and Aurora.

When Lizzie and Kate realize that Piglet and Aurora are missing, they begin a frantic search for them. Lizzie calls the ferry, posts on Facebook, enlists the help of a local newspaper and radio station and asks anyone who’s seen the stuffed animals to call her cell phone.

Piglet and Aurora are nowhere to be found. 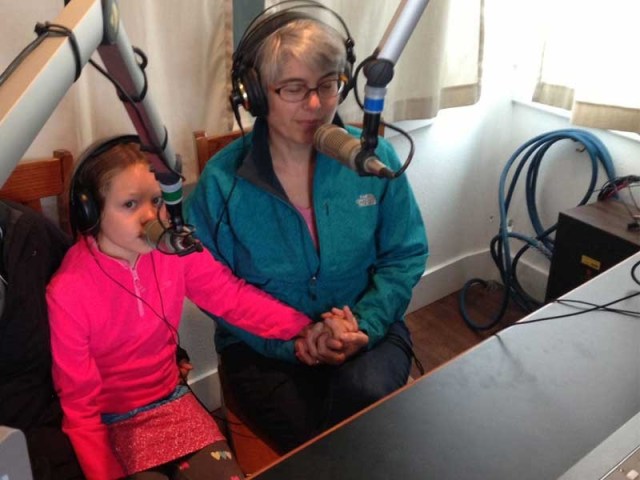 Since Amy knows where Kate and Lizzie are, she finds the address for the fine arts camp and mails Piglet and Aurora there.

Though Piglet and Aurora arrive in a package addressed to Kate while she is still at camp, no one makes the connection of who they belong to.

Lizzie and Kate leave Sitka without Piglet and Aurora.

When Lizzie gets off the ferry in Petersburg, she has a voice message on her phone. The message is from Amy who saw Lizzie’s cell phone number online, letting her know that Piglet and Aurora are at camp in Sitka.

Lizzie calls the camp and staff members find the package with Piglet and Aurora inside. She then contacts her niece Brooke, a Sitka resident, who goes to pick them up. 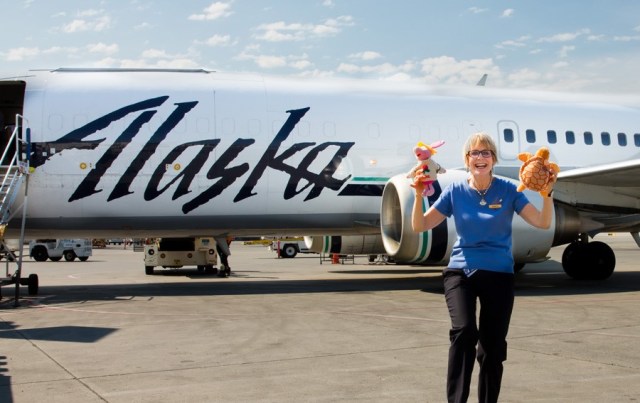 Piglet and Aurora spend the day with Brooke. She takes them on a camping trip and even lets them cruise around town in a pink corvette.

At the end of the day, Jennifer picks Piglet and Aurora up and gets them ready for their journey back to Petersburg and ultimately, Kate, on Alaska Airlines.

Piglet and Aurora’s first stop on their Alaska Airlines adventure is the Emerald City, because that’s where Jennifer’s shift begins. The duo make some new friends while waiting at Sea-Tac International Airport for their flight to Anchorage. 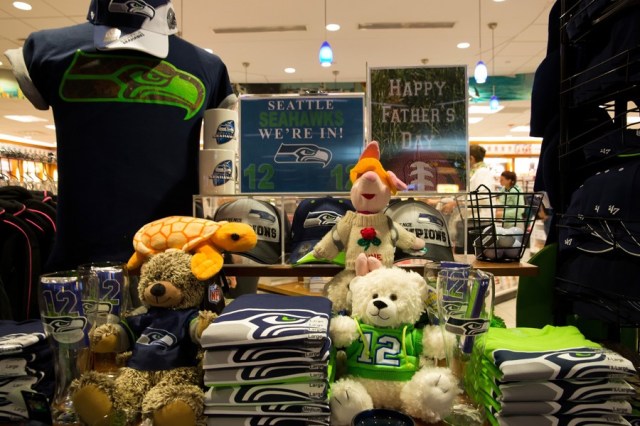 Piglet and Aurora eye some pastries and doughnuts at the Dilettante stand at the N Gates, so Jennifer buys them each a treat. 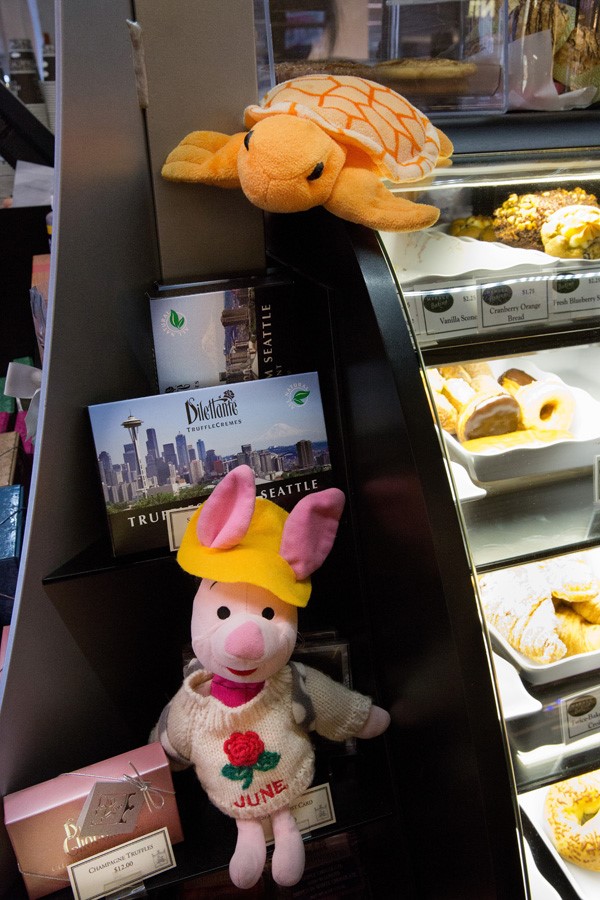 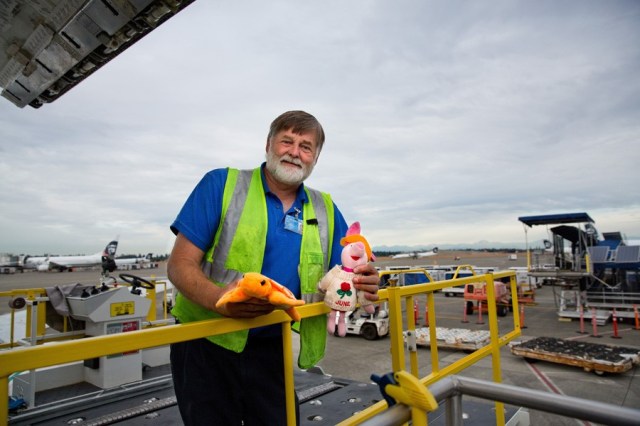 Rainy, overcast weather in Juneau keeps Piglet and Aurora onboard the aircraft. During their layover, they decide to tour the flight deck instead. 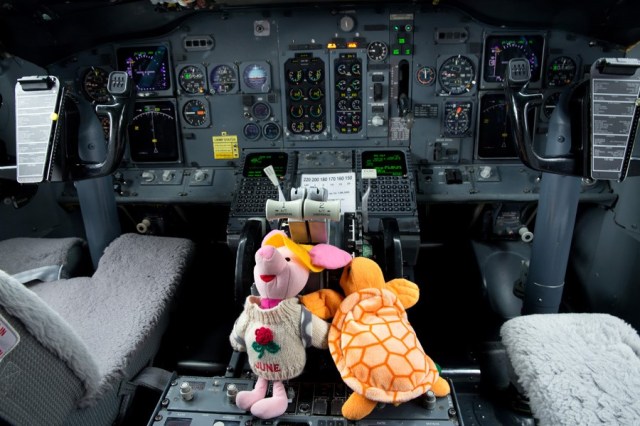 Piglet and Aurora learn about Alaska Air Cargo and the way igloos are loaded onto the combi jet. They also keep an eye on customers boarding the flight through the back door. 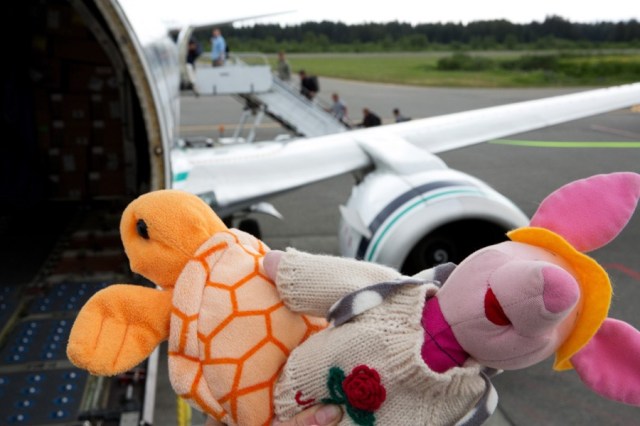 Piglet and Aurora see even more igloos of flying fish in Southeast Alaska while at a stop in Cordova. 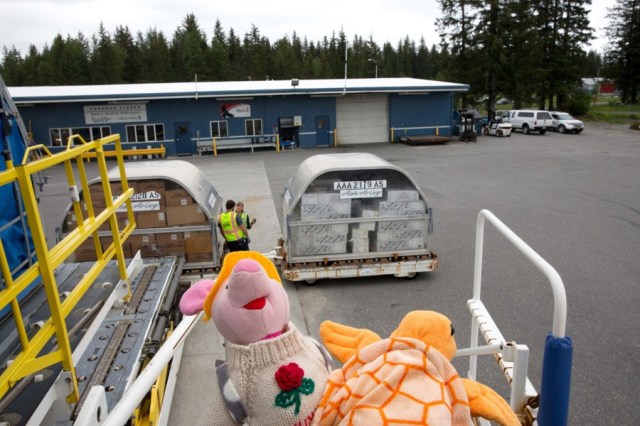 The layover in Anchorage is about 20 hours, so Piglet and Aurora go out and explore with Jennifer. They take a walk along the Coastal Trail, stop at the Westchester Lagoon and learn what to do should if they meet a moose on their walk.

The friends think about hopping a train, but decide they like airplanes better and return to the airport with Jennifer for the flight to Juneau. 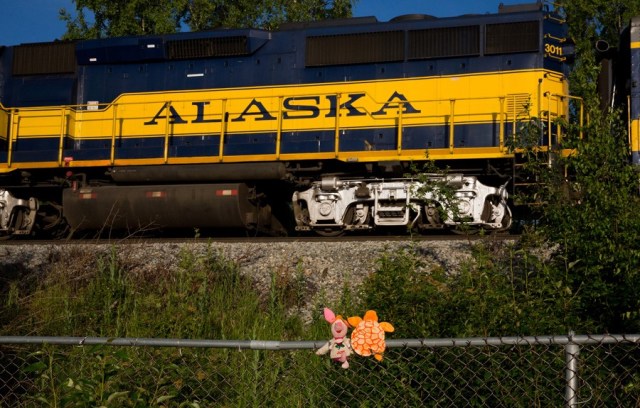 In Juneau, they get to see the Mendenhall Glacier and both try on Capt. Mark Aown’s hat. 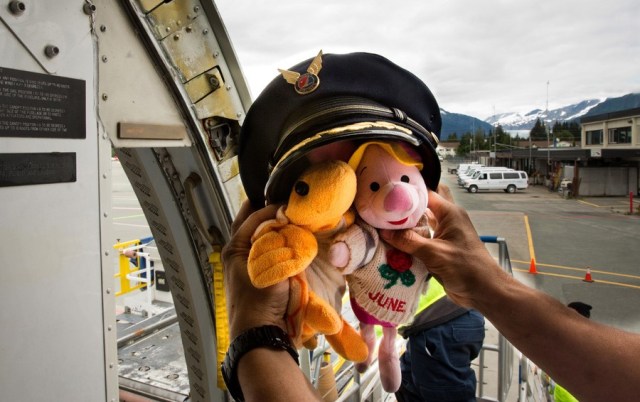 When they land in Petersburg, Piglet and Aurora can barely contain their excitement when they see Kate and Lizzie waving at them from behind the gate. 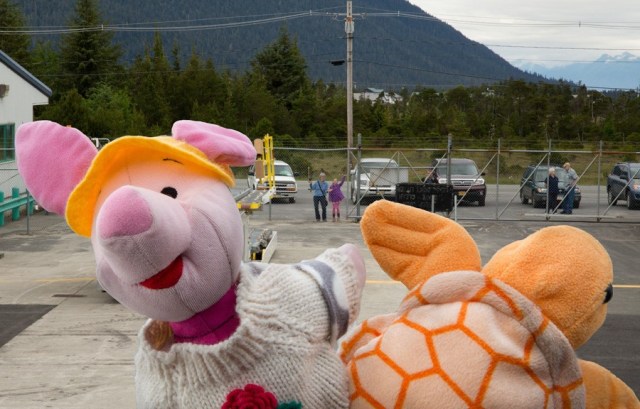 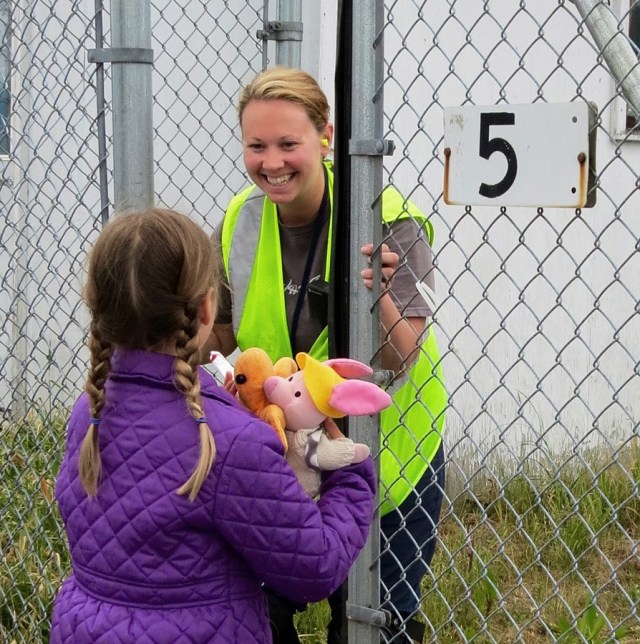 Though this part of Piglet and Aurora’s adventure is over, they will always have the pictures and memories to remember their incredible journey throughout Alaska on Alaska Airlines.