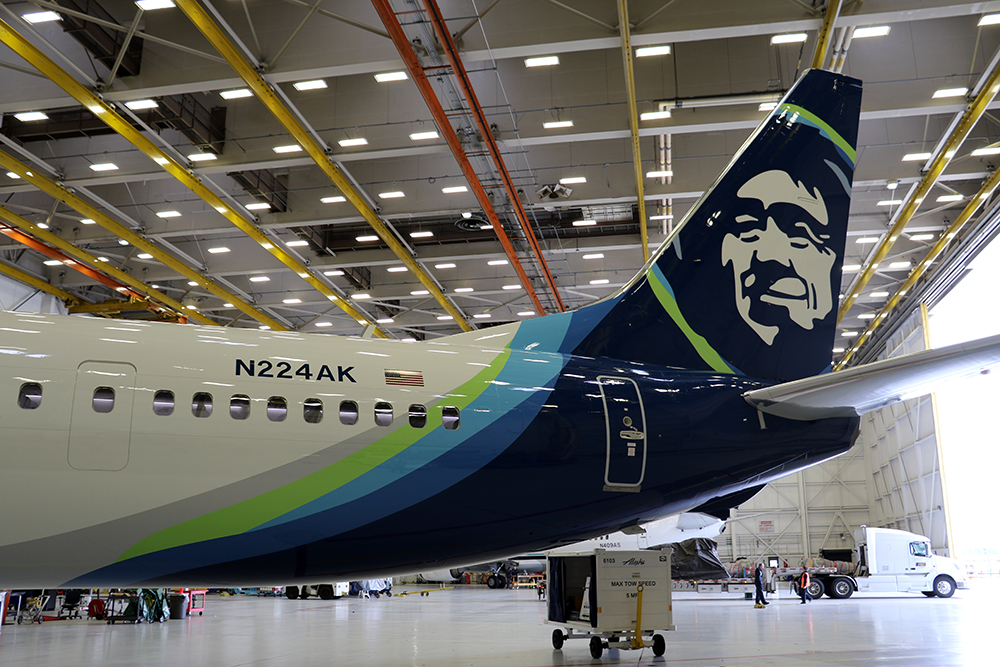 Alaska Airlines has run out of “AS” tail numbers and will start using “AK” on new deliveries starting this month.

The first plane with the new label – a 737-900ER registered as N224AK – is scheduled for delivery next week.

FAA registration numbers are similar to a car’s license plate. In the U.S., each civilian aircraft’s registration number starts with N followed by five characters. Anyone can reserve personalized number/letter combinations – and Alaska doesn’t have exclusive rights to AS.

“Considering our airline growth, and understanding we were running out of AS registrations, we searched for a new, meaningful set of trailing letters and settled on AK – the two-letter code for the State of Alaska,” said Russell Summers, manager of aircraft acquisitions.

The AS suffix is tied to Alaska’s history as Alaska Star Airlines – the “Star” was dropped in 1944. There are no plans to change Alaska’s IATA designator “AS” or the ICAO designator “ASA.” (Malaysian low-cost airline AirAsia has the IATA code AK, but doesn’t use those letters as part of its tail numbers.)

The tradition of using AS in aircraft registrations appears to have started with Alaska’s first Boeing 727, N797AS, that was delivered in October 1966. The current fleet has grown to 152 Boeing 737s, all with AS in the registration number. At Alaska, registration numbers correspond to fleet type – for example, all 737-800s have the N5xxAS series, etc. When the 737-MAX arrives in 2017, the MAX 8 will be N8xxAK and the MAX 9 will be N9xxAK.

On existing planes, Alaska will not change the current AS registration numbers to AK.

The registration number is important because it’s central to many internal systems, and it’s used across departments that interact with each aircraft.

“Everything is based off the tail number,” said Rob Lowy, project manager.

In maintenance, all reporting is based on the tail number. Task cards use the number to identify the aircraft and the work that needs to be done. For pilots and flight attendants, the number lets them know what type of aircraft they’ll be flying. When an aircraft lands, the tail number is associated with the flight number, which is then displayed for customers who want to pick up their bags at baggage claim.

Longtime Alaska employee Mike Tobin, who serves on the archives committee, says Alaska has had some luck reclaiming old numbers. For example N309AS was on an Alaska 727 until 1992, then the plane (and N number) went to Continental Micronesia Airlines.

Summers says that Alaska Airlines annually reserved as many AS registration numbers as possible, then assigned them about three months before the purchase of the new airplane.

“We were able to secure quite a few of the AS series registrations as our company has grown over the decades,” Summers said.

Many AS registrations were already used by other aircraft owners before Alaska adopted the naming convention. Other N numbers have left the fleet and never came back.

N945AS was on an Alaska MD-83 from 1990-1997. Alaska got rid of the aircraft, but the registration lived on as the aircraft flew for AeroMexico until 2005. When the registration number came available in 2008, it was scooped up by Florida-based AirScan, which flies N945AS on a Cessna 337.

A search of the FAA database shows more than 350 “AK” numbers available – enough to accommodate Alaska growth for the foreseeable future.

By comparison, only seven “AS” numbers are currently available.

Better hurry and reserve one for your Cessna while you still can.