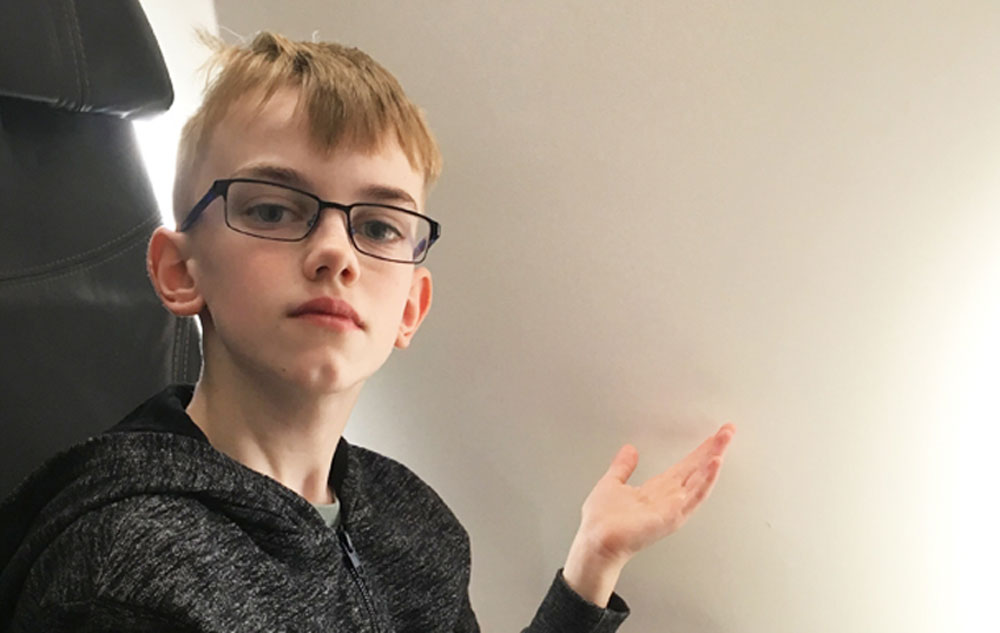 You board your flight to Maui and head to your seat – 10A. You’re excited to have a view of the Pacific Ocean for the next five hours. However, when you get to your seat, you come to find that you’re in the only one on the aircraft without a window – the windowless window seat.

Have you ever wondered why this seat exists?

Every aircraft in Alaska’s Boeing fleet has a seat or two, on the left side forward of the wing, with either partial access to a window or no window at all.

“That’s the spot where Boeing places the air conditioning riser ducts from the belly – where the air conditioners are located – to the cabin ceiling, where the air distribution ducts are at,” said John Melvin, Alaska director of fleet engineering. “The vertical ducts are located behind the passenger compartment sidewall panels and they prevent the installation of a window in one row on the left side. This is standard on all Boeing 737 aircraft, not just ours.”

On Horizon Air’s Q400 fleet, there is also a partially blocked window at row 11.

“There is an obstruction of the view from the window due to electrical conduits that pass through that area similar to the Boeing 737,” said David White, Horizon director of fleet engineering. “It’s not a complete obstruction, but the windows are located pretty far forward and aft at that seat, so the visibility is not so good.”

So, there you have it. Mystery solved!

Here’s a breakdown of our aircraft with partial access to a window or no window at all: