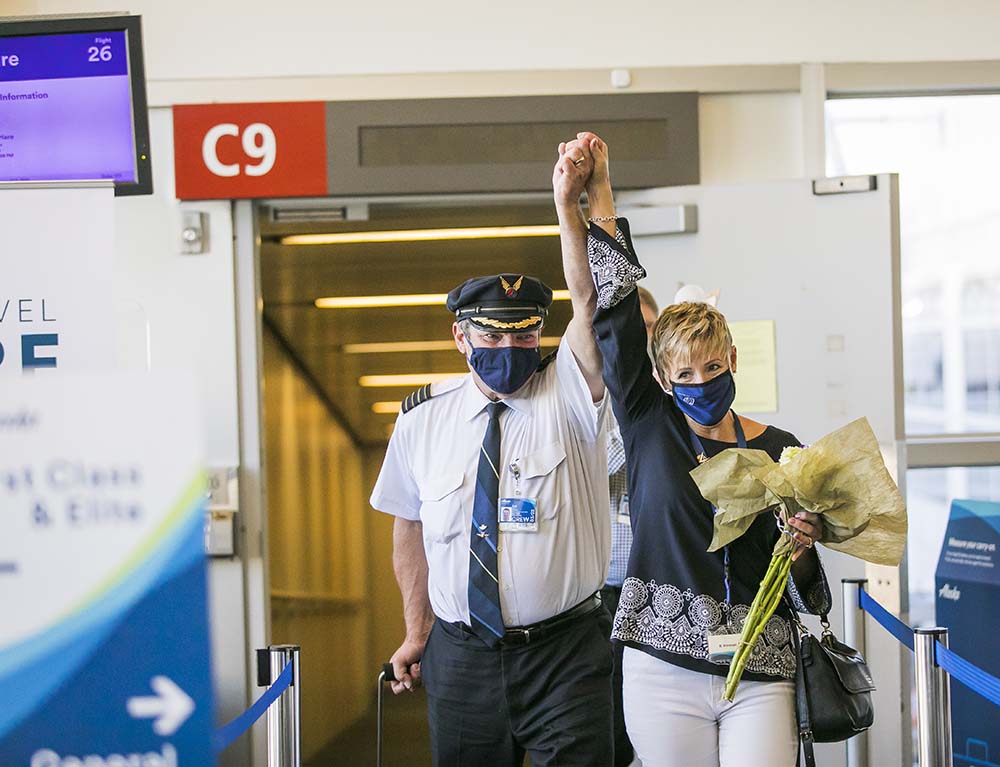 When the Erickson family gets together for the holidays, the conversations go straight to schedules, layovers, trip pairings and which city has the best happy hour.  It’s not that the large family intends to “talk shop” at the family dinner table, it’s because five of them work for Alaska Airlines.

Dad, Lee Erickson, is a captain. Mom, Brenda, is a flight attendant, as is daughter Sidney and uncle Wade. Oldest son, Kalin, is a first officer and youngest son Keaton did an internship with Alaska Airlines and is now finishing flight school.

Slideshow through the years

The right thing to do

You could say that Alaska Airlines and flying is deep-rooted in the Erickson family tree.

That is, until recently. With the world impacted by COVID-19 and most airlines, including Alaska, forced to downsize, Lee and Brenda decided to turn in their wings early, taking retirement after 36 years of service. The decision came after several late nights of agonizing back-and-forth discussions.  But in the end, they knew it was the right thing to do to help protect their children’s jobs.

Alaska has provided us with careers filled with life-long memories,” Lee says. “Now, I hope it does the same for our two kids and their peers. Leaving gives them a better chance.”

Her parents’ sacrifice struck Sidney Erickson as an example of how that generation of employees at Alaska Airlines are choosing to end their careers early to give back to the younger generation. And, she imagines there are many other stories like her parents’ worth telling.

Building an airline people love, all comes back to family

Growing up, the Ericksons were the quintessential Alaska family.

“I truly think we had no idea any other airline existed until we were much older,” Sidney admits.  They weathered the storms and rejoiced in the sunshine as Alaska’s history was woven into their own family stories.

Among the memories was the chance to fly together. “I had the pleasure of flying with both of my parents, even getting to do my flight deck observation with my dad,” Sidney says. “There is no better feeling than seeing someone you love take pride in their job.”

Kalin echoed that sentiment, having been able to right-seat for his dad with his mom in the cabin. “It was a once-in-a-lifetime experience to be able to fly with both of my parents,” Kalin says.

Lee and Brenda’s dream (long before COVID) was to arrange a flight with an entire “Erickson crew,” but it never happened.  Brenda didn’t even realize that the last time she was on an aircraft would be her last flight, as she had taken a leave of absence in March.

“Retirement was always the end game culminating a long career,” Lee says, “But COVID changed everything. I really didn’t get a chance to say goodbye to so many co-workers who have touched our family’s lives.”

Lee flew his last flight on Monday, Sept. 28, from Dallas to Seattle. Kalin joined him, as first officer.

Life lessons from mom and dad

The Erickson kids remain grateful to their parents, and to other employees who are taking early outs and leaves to help the airline.  They know there are no guarantees, but as they move forward to what’s next in their careers, they hold fast to the lessons their parents taught them.

My mom has always said what a privilege it is that every day when you get to work you have the ability to make someone’s life better by making their day better,” Sidney says. “And my dad always said to give your colleagues your respect and always be kind. They will repay you in the same currency.”

Lee and Brenda are excited at the prospect of a new adventure. They plan to ease into retirement in their motorhome, traveling the U.S. and visiting national parks.

“It’ll be a change for sure,” Brenda says, as their hearts will remain with their airline and their kids. 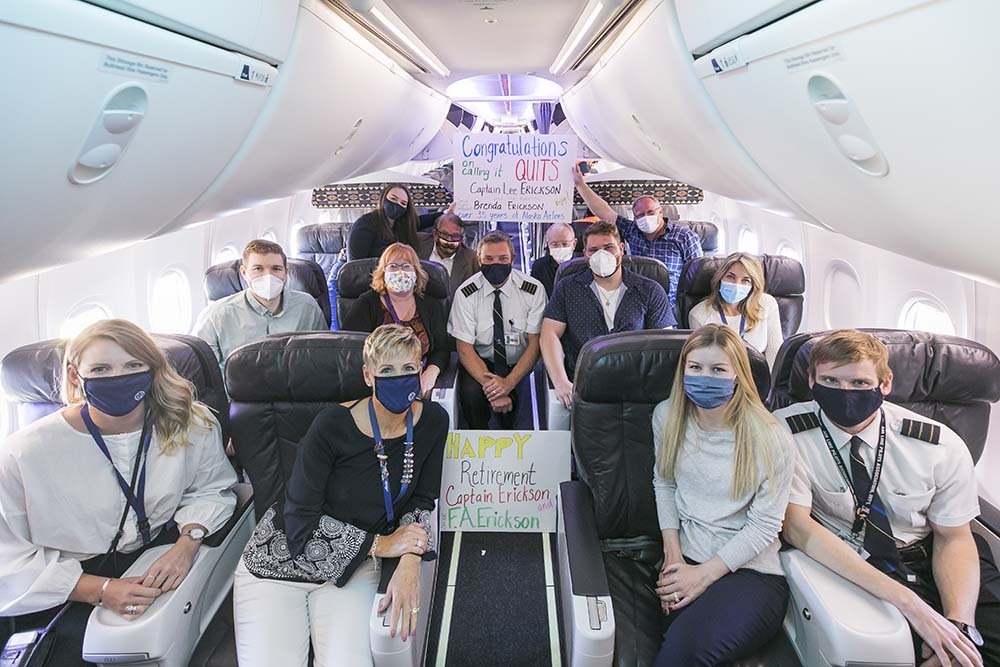 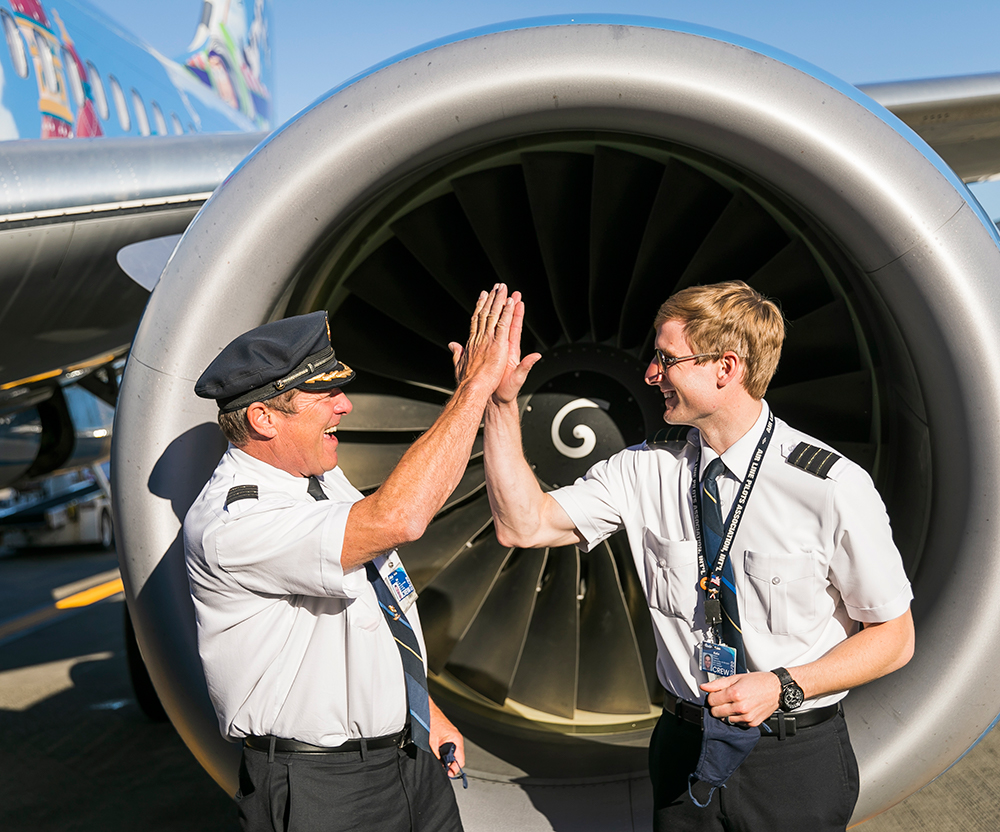 Many of our employees, like Brenda and Lee, have voluntarily taken early retirements or leaves of absence so the company could save as many jobs as possible.

At Alaska, each and every furlough represents a career and a life that has been disrupted by the pandemic. Since March, 720 people volunteered for early outs or early retirements and another 4,468 have taken voluntary leaves or other furlough mitigation.

Every bit helps, and we are so thankful for those who participated in these voluntary programs – every volunteer saved a job of a fellow employee. The strength of Alaska Airlines is its people and like the Erickson family, our people are showing the world what it means to be Alaska Strong. 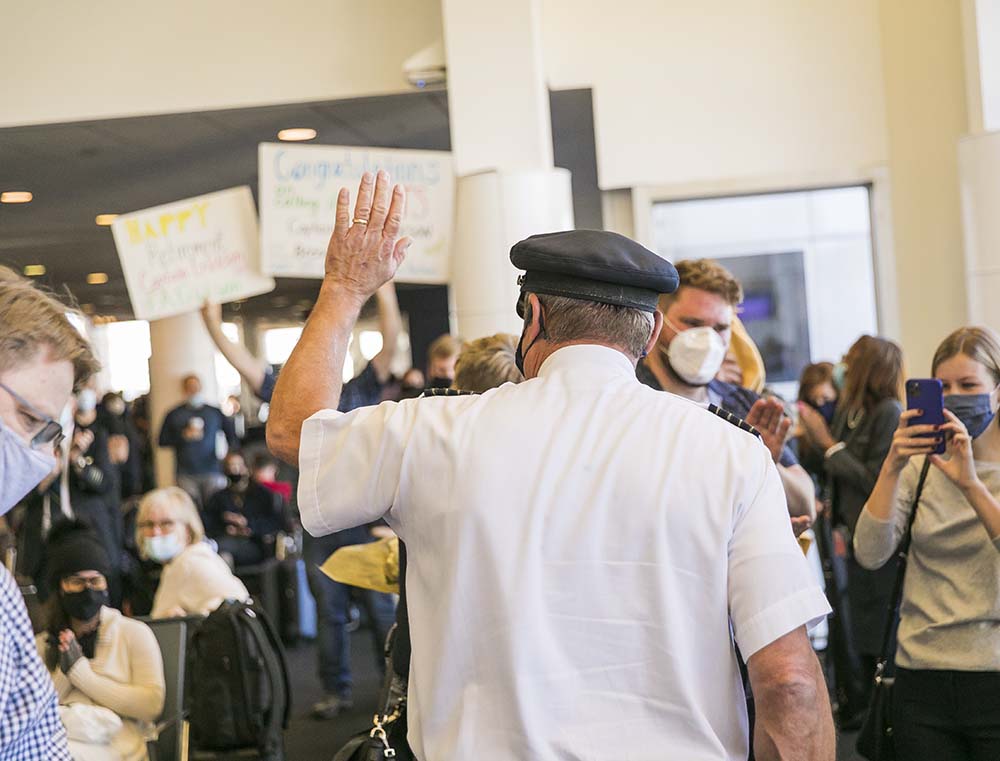