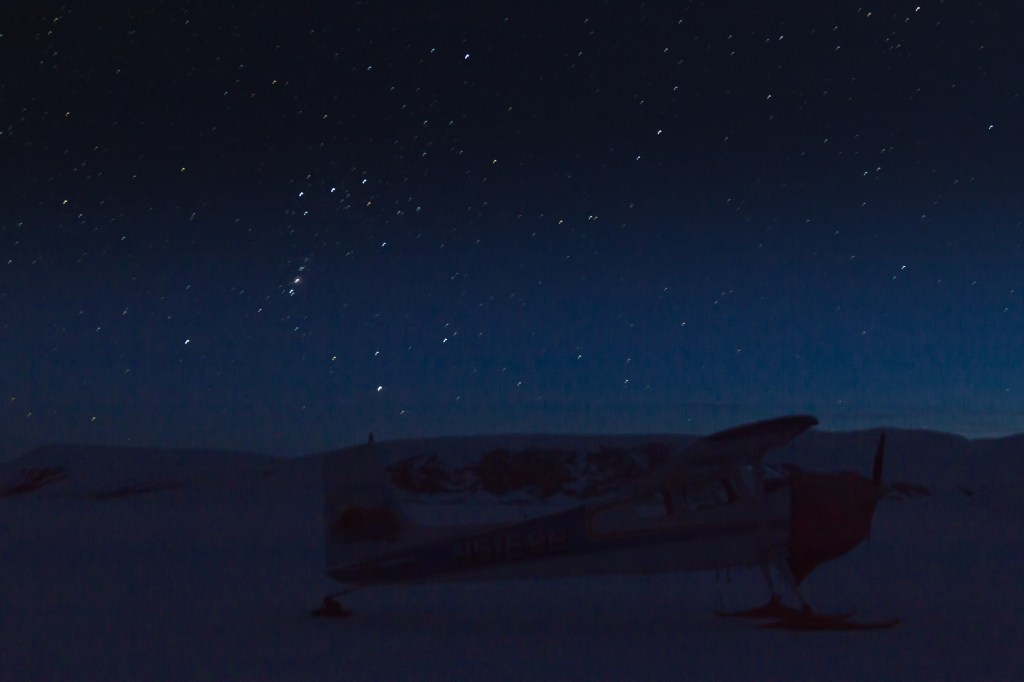 Captain Will Turnage loves to fly, loves the state of Alaska and loves being outdoors. He combined all three of his passions last year by recording his flights throughout the state. Turnage flew over glaciers, across rocky coastlines, and on the edge of lakes with a GoPro attached to the rear of his Cessna 180.  The footage, which took him about two weeks to edit, came together as a sort of visual scrapbook of his year in the Cessna.

Turnage originally affixed the camera to the plane as an experiment. He wanted to share some photos with his family and friends back home (he is from Oregon). It became a year-long project as he juggled weather, his work schedule and aircraft availability—he shares the 50-year old Cessna with other members of a club. Accompanied by his wife, Kelly, he flew whenever he could—the old Cessna’s landing gear documenting the change of seasons—from wheels to floats to skis.

Along the way they saw bear, sheep, goats, fox, eagles, nesting terns and a wolf. They caught grayling, hiked the wilderness, camped on a snowfield where the temperature was 15 below and flew into an Iditarod Trail checkpoint.

“In so many ways it takes you back to the early days of our airline’s founders—landing on skis and on floats,” said Turnage.