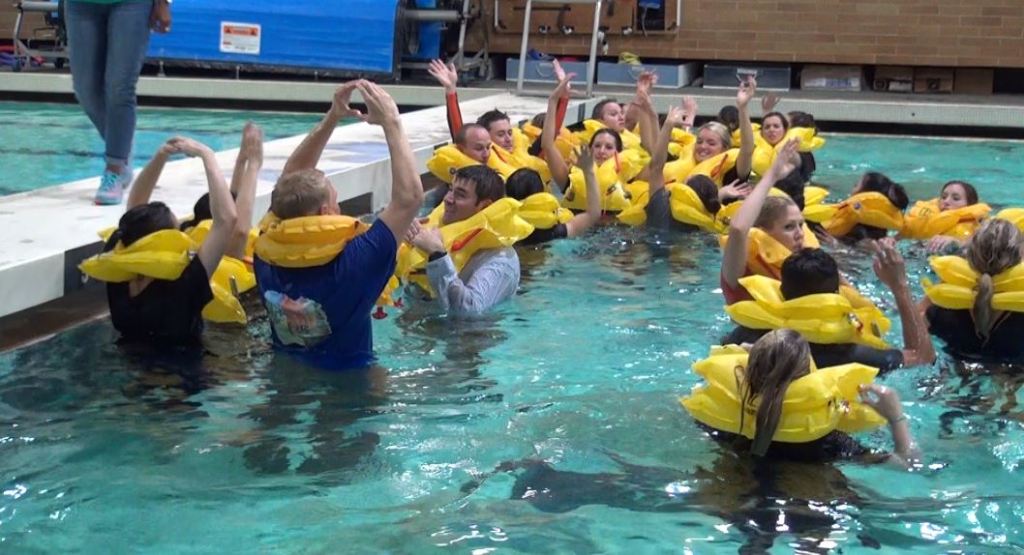 It’s more than serving sodas and hot meals – when Alaska Airlines’ flight attendants take to the skies they are ready to fight fires, save lives and take on any obstacle. In fact, learning to serve customers in flight only accounts for a fraction of the six-week training every new Alaska flight attendant goes through.

Prospective flight attendants apply online and if they are selected, move on to a phone interview. After passing the phone interview candidates continue on to an in-person interview. The face-to-face interview can last up to 12 hours and covers everything from their personality to if they’re willing to take on intensive training and a demanding job.

“I think we’re different,” says flight attendant Luci Abbrederis who is an active member in the training program. Abbrederis says Alaska Airlines has a culture and she looks for applicants who will fit it.

By the end of the face–to-face interview day, applicants know whether or not they’ve made the cut. If they demonstrate all the qualities Alaska looks for in an attendant, they advance to a rigorous six week training course.

“New hires learn how to keep customers safe in an unexpected situation,” says Megan Brown, a member of the flight attendant training team. “They learn a variety of skills, ranging from defending themselves in a hijacking, to delivering a baby or restraining an out-of-control customer.”

Brown chose to work at Alaska because she appreciated the “safety first” culture.

“I wasn’t doing a lot of traveling and I didn’t quite have the knowledge base to know about the culture here,” says Brown. “I chose Alaska because we were safe. It was at a time that you heard about accident after accident on the news and Alaska was known for being safe.”

Students train in a simulated plane that looks and functions like a real aircraft – minus the flying. Drills, emergencies and customer service are all simulated in the training room and trainees learn to evacuate a plane, use an emergency slide and wrangle an irate customer.

During training, the students get a “water day” where they go to a local pool and, fully dressed from head to toe, practice water survival techniques. The pool simulates a water landing and an arctic survival drill where students need to work together to get on rafts and preserve body heat.

Trainees also spend time in the air getting to work alongside current flight attendants for on-the-job experience. Once a week, throughout the six-week-training, students work flights and serve customers as if they’ve already graduated.