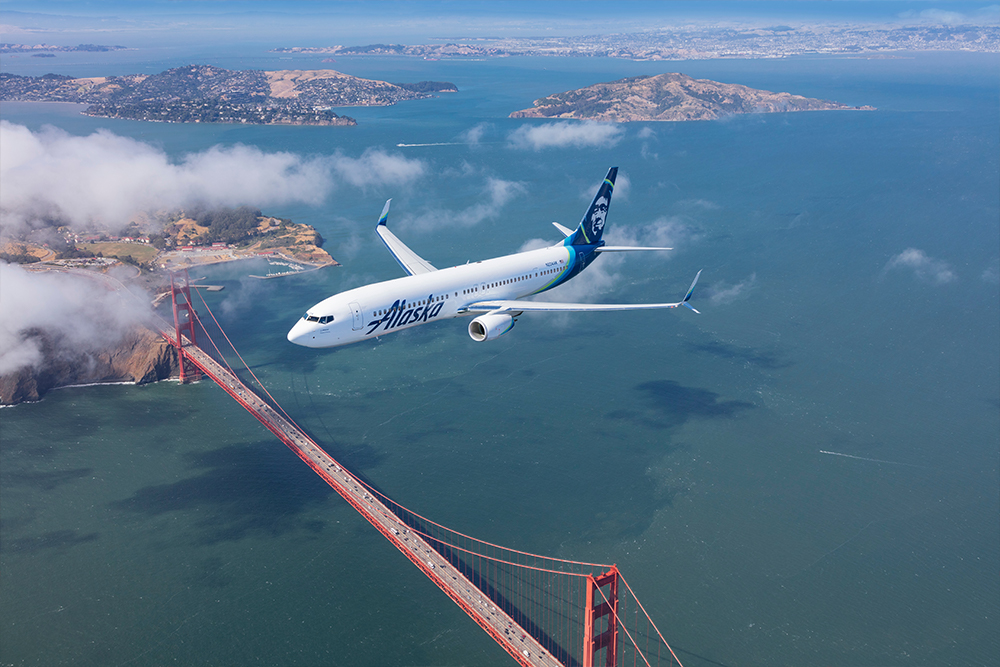 Alaska Airlines and Horizon Air have long been pioneers in testing and implementing the use of Sustainable Aviation Jet Fuels (SAF) to reduce our carbon footprint and advocate for more sustainable flying. From testing sustainable aviation fuel made from forest residuals and non-edible corn, to conducting infrastructure studies around SAF production in the Pacific Northwest — sustainable flying is critical to our employees, guests, communities, and our future.

Building on our history and efforts to develop and prove the viability of SAF, we’re proud to share that we’ve entered a SAF offtake agreement with renewable fuel producer Neste!

Alaska’s partnership with Neste started over two years ago. The journey of developing SAF for the industry has been long coming, as experts meticulously evaluated the science behind varied production methodologies and how best to scale. Now, the science is proven and it’s a matter of building the market for a commercially-viable supply and continual use of SAF. This new partnership signals the first time that our airline will have a continuous supply of SAF to fuel our flights.

This is a huge milestone for Alaska Airlines,” said Marianne Csaky, director of environmental affairs. “We’ve moved from single, one-off demonstration flights and proving SAF was safe and demand existed, to operationalizing this fuel as a standard part of our business at one of our hubs. There’s no more waiting, we’re here.”

To get the low-down on how this works and the significance of this major milestone, we conducted a Q&A with experts at Neste and our own internal experts at Alaska, Kirk Myers, director of sustainability, Lauren Kriegler, director of fuel, and Marianne Csaky, director of environmental affairs.

Q. Why are we starting in San Francisco?

In 2018, Alaska, along with other airlines, producers (Neste being one) and fuelers, signed a Memorandum of Agreement with SFO to do a feasibility study on how to bring SAF to SFO. As Chair of the MOU Committee, Alaska’s fueling departments worked on finding solutions both with the airport and with Neste. The state of California has special incentives to promote the use of SAF (it’s called the low carbon fuel standard or LCFS).

Yes— Neste’s sustainable aviation fuel is a drop-in fuel with existing aircraft engines and airport infrastructure, requiring no extra investment. SAF is certified every step of the way to meet all ASTM standards for jet fuel safety. Currently, SAF can be blended with conventional jet fuel until additional testing with pure SAF can be done. The US military is currently performing those test flights. Alaska Airlines has been a leader in sustainable jet fuel testing and has flown test flights on SAF produced from a number of different feedstocks starting in 2011.

Q. What kind of measurable difference is this making in the environment?

Over its lifecycle, Neste’s sustainable aviation fuel could have up to 80% smaller carbon footprint compared to conventional jet fuel, however, due to blending limitations this is a lower percentage Neste expects that the volume of SAF it plans to deliver to SFO for all three airlines could enable the equivalent of 1,200 carbon neutral commercial flights between SFO and NYC on an Airbus A320 or Boeing 737.

Neste’s sustainable aviation fuel is made from wastes including animal fats and greases and used cooking oil.

Neste operates renewable fuel production facilities in Finland, The Netherlands and Singapore. Production of this SAF starts at Neste’s Finland facility and is completed in the US, where Neste works with a local partner on the final stages of processing and product quality testing.

Q. Is SAF better for our planes?

SAF is superior jet fuel that will upgrade the jet fuel pool. Compared with fossil jet fuel, SAF burns cleaner in our engines and can reduce sulphur and particulates.

Q. What is the difference between SAF/Biofuel terminology?

Biofuel is a more general term used to describe fuel made from living matter, including the most common biofuel: ethanol used in gasoline.