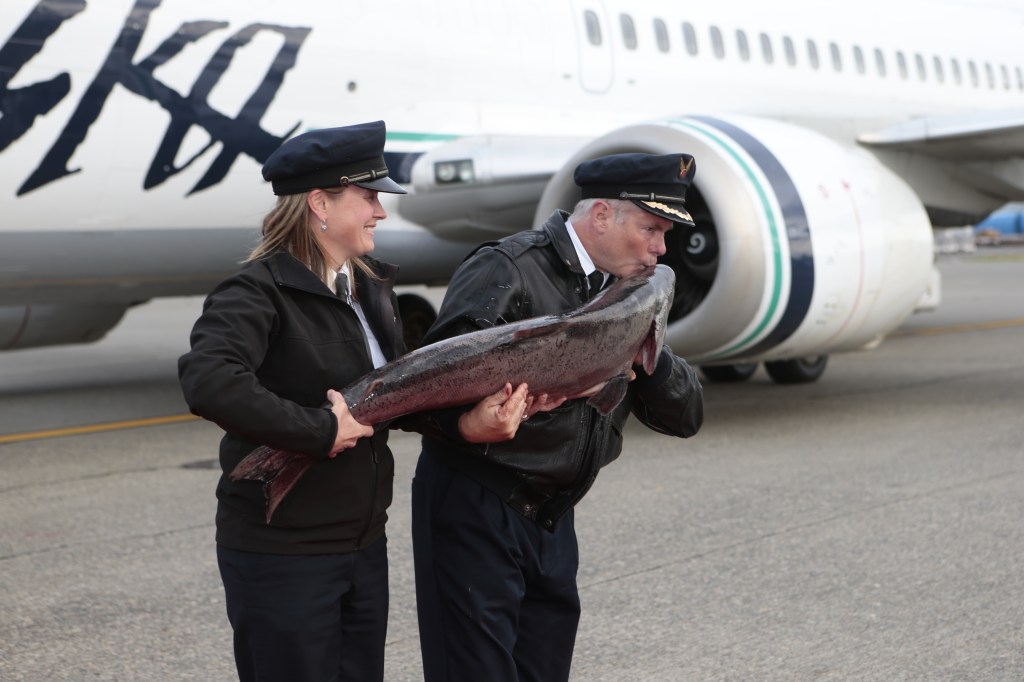 The smell of fish was in the air early on the morning of May 16, as Alaska Air Cargo delivered 24,100 pounds of the season’s first shipment of Copper River salmon to Seattle-Tacoma International Airport.

The Copper River salmon’s arrival marks the beginning of the summer salmon season and is highly anticipated by seafood lovers throughout the Pacific Northwest.

No other airline delivers more Copper River salmon to the Lower 48 states than Alaska Airlines.

Following the arrival of the first fish, three top Seattle-area chefs – John Howie, owner of Seastar; Jason Franey of Canlis and Ethan Stowell, owner of several Seattle restaurants including Tavolata, Anchovies and Olives and Staple and Fancy – had 30 minutes to prepare and serve the first catch of the season to a panel of judges.

Onlookers were also invited to sample the season’s first Copper River Salmon. The recipes that were prepared for the Copper Chef Cook-off are available to download at http://bit.ly/RWP6vn.