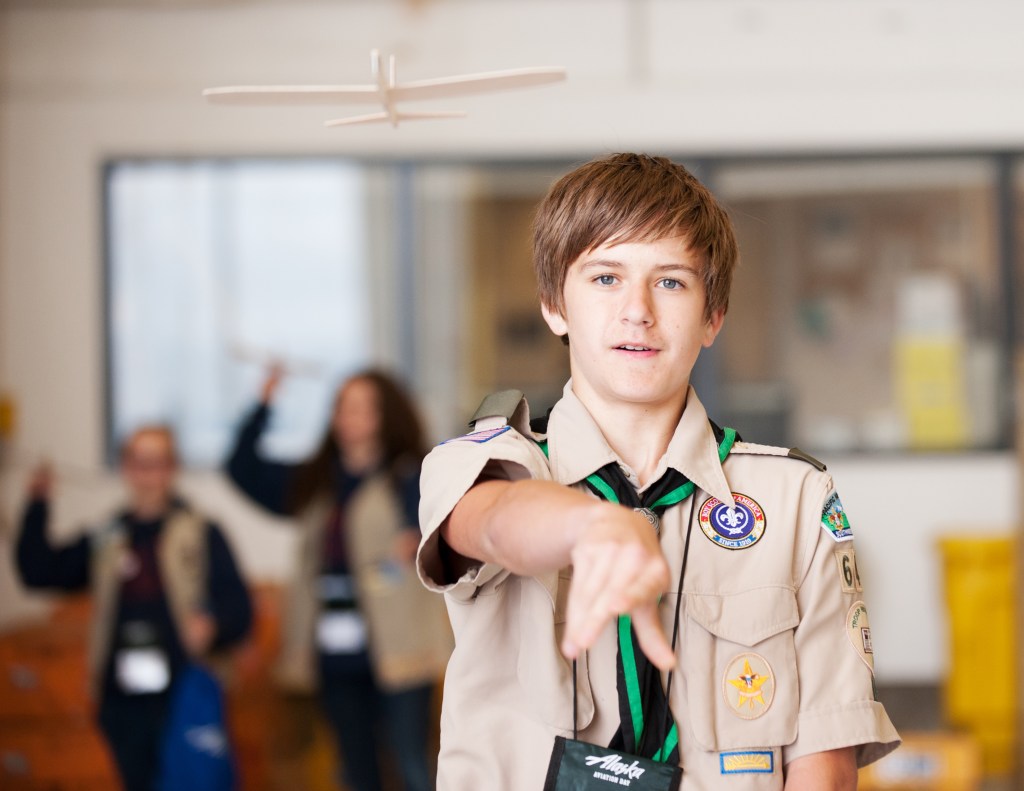 More than 1,000 high school students learned about careers in aviation from industry professionals at the seventh annual Alaska Airlines Aviation Day on Saturday in Seattle and Portland.

“Each year at Aviation Day we hope to inspire youths to pursue careers in aviation,” said Captain William Korin, Aviation Day coordinator. “With our event, we can mentor and help the next generation of pilots, technicians, flight attendants, customer service agents, accountants, maybe even the next CEO to a rewarding career with Alaska Airlines.”

More than 1,000 youths attended the two events, some traveling from as far as Southern California. Attendees had the opportunity to build a glider with a Boeing engineer, practice sliding down an emergency evacuation slide with Alaska Airlines flight attendants and construct a robot with the Museum of Flight and the Raisbeck Aviation High School robotics team.

Students also had the opportunity to be at the controls and fly an Alaska 737 simulator, learn how to evacuate an aircraft, interact with a 737 engine display and view different types of aircraft in the Alaska hangar including Boeing 737-800, a Horizon Q400 and a Howard DGA-15p. Event attendees also had an opportunity to learn about Alaska’s mobile technology by building an app.

“My favorite part was finding those kids in the crowd who have no doubt in their minds that they want to be a pilot and you can see it in their enthusiasm,” said Horizon First Officer Colt Johnson.

More than 270 employees volunteered their time between the two events.

“I always enjoy answering questions with very interested kids who have never seen or touched a jet engine up close,” said Lorne Dyke, principal engineer. “My favorite part about the day was connecting what engineers do at the airline to what they are studying in school.”