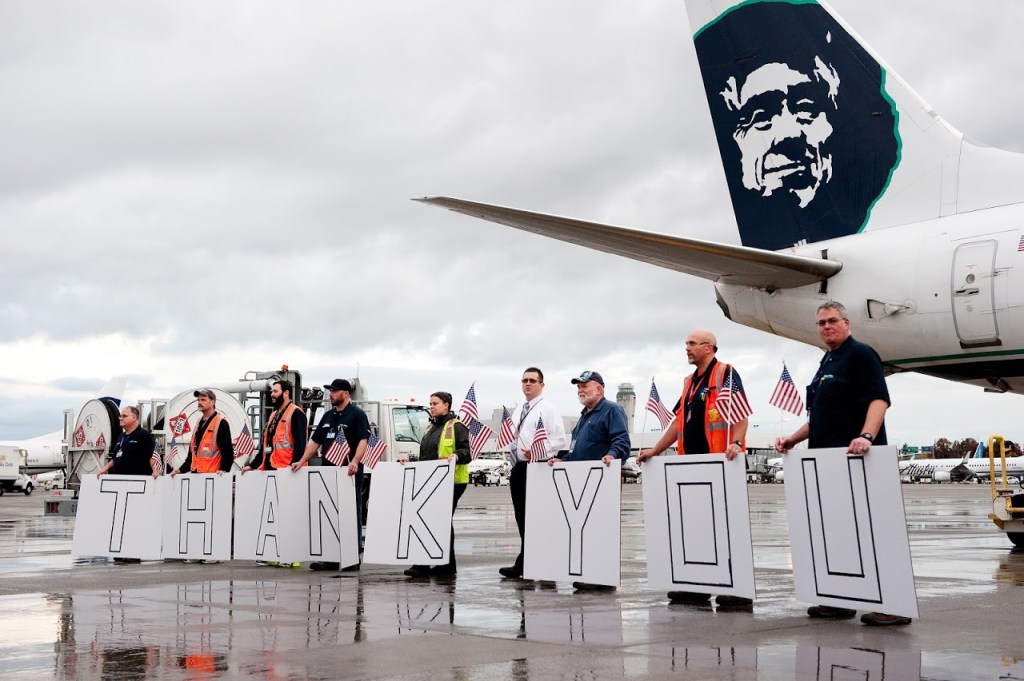 Some arrived in wheelchairs. Others were aided by walkers or canes. Some came on the arm of a guardian. But all of the veterans who arrived at Alaska Airlines terminals in Seattle, Portland and Anchorage this fall stood tall. The veterans, men and women who served their country during World War II, the Korean War and the Alaska Territorial Guard, enjoyed once-in-a-lifetime visits to Washington, D.C. to visit the national monuments named in their honor, compliments of Alaska Airlines and Honor Flight.

Honor Flight Network is a national organization working to transport America’s veterans to visit memorials in Washington, D.C. The veterans enjoyed three days of touring and then returned home with memories to share. Alaska provides complimentary travel for the veterans and discounted travel for their guardians.

When Alaska Airlines Flight 767 from Baltimore touched down in Seattle with 53 veterans onboard, the airport was a hub of activity. Standing two-and-three deep, uniformed representatives from all five branches of the military formed a welcome line to greet each veteran—offering a salute and personal escort. Employees, airport workers and passengers joined in lining the concourse clapping and welcoming home the veterans. 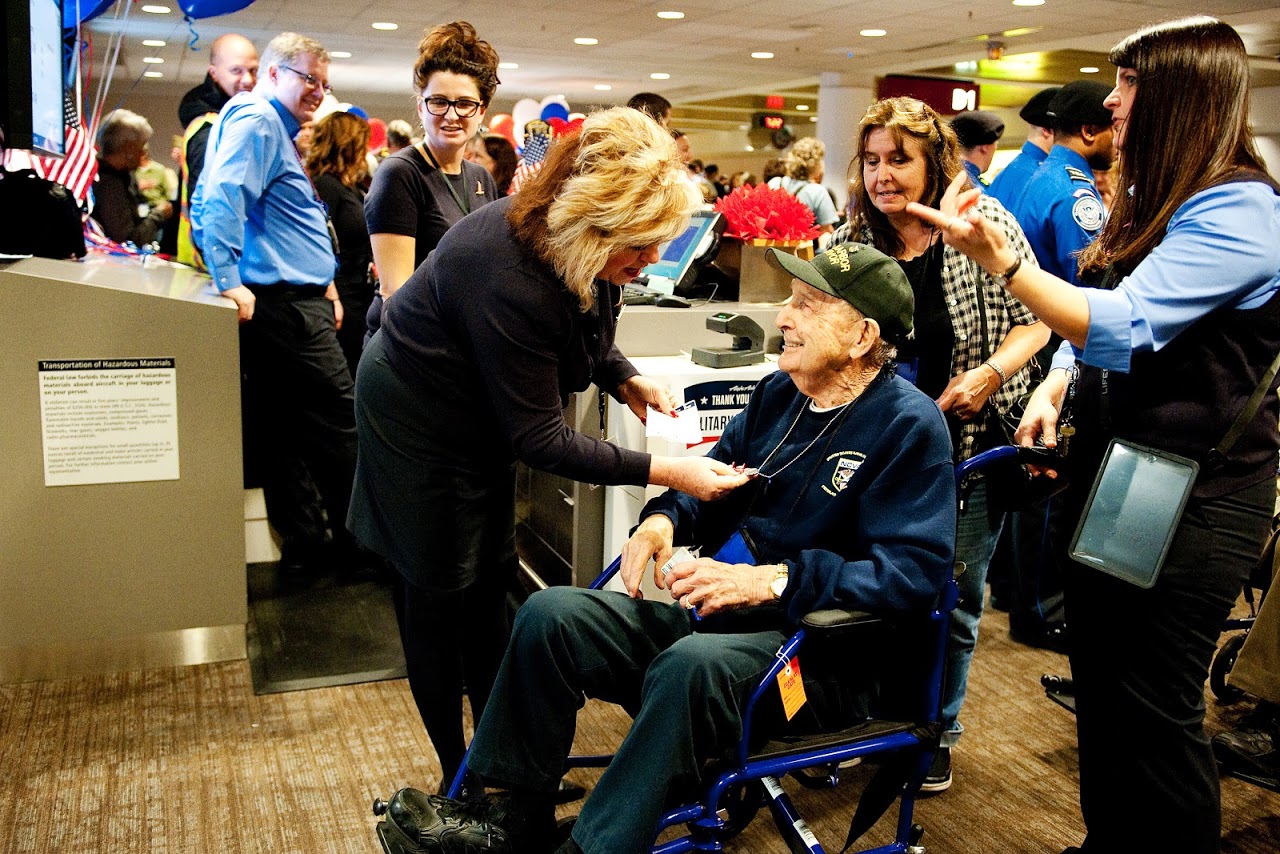 “It’s truly a hero’s welcome,” said Nancy Rutherford, administrative assistant for Alaska at Seattle-Tacoma International Airport. “Customers throughout the terminal kept stopping and thanking me for our support of the military. It was very humbling.”

Many Alaska and Horizon employees from the airline’s stations get involved in Honor Flight. In Seattle, Lead Customer Service Agent Julie Motley painted murals on the windows at gate C-9 and maintenance employees coming off the graveyard shift volunteered to load wheelchairs. In Anchorage, Customer Service Agent Denise Snow sang “God Bless America” and “The Star-Spangled Banner” for veterans who joined in singing.

“Alaska Airlines is a proud supporter of all past and present members of our military,” said Marilyn Romano, Alaska Airlines’ regional vice president – Alaska. Alaska is the only airline to operate Honor Flights for veterans in the state of Alaska.

“We work continually throughout the year to make these flights happen and we deeply appreciate our partners at Alaska Airlines,” said Ron Travis, president of Last Frontier Honor Flight in the state of Alaska. “When a veteran who is in their 90s looks at us with tears in their eyes to say thank you, we are honored to do it.”