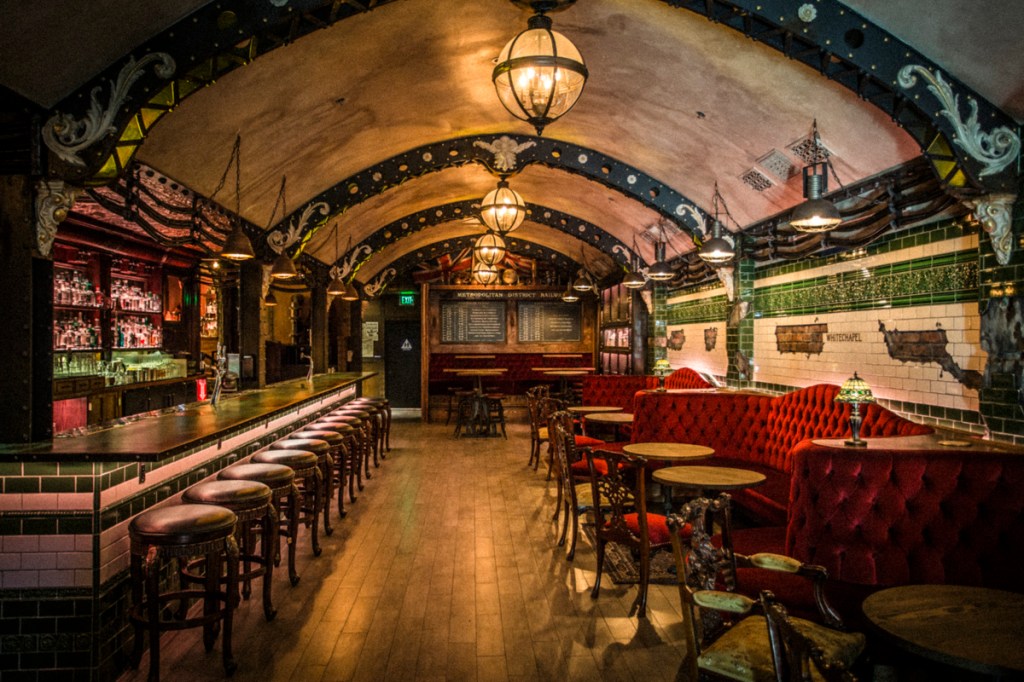 Noelle Chun is a San Francisco-based journalist and photographer specializing in food and cocktails. Her work has been featured in Newsweek, The Guardian and the Honolulu Star-Advertiser. Here, she shares her favorite cocktail bars in San Francisco.

In the early 2000s, San Francisco became one of the cradles of the modern cocktail movement, shaking up fresh juices instead of the sticky mixers we’d become accustomed to in previous decades. Today, San Francisco has continued to carry the torch with new and inventive bars constantly opening across the city. Here is a mix of some of the must-visit cocktail bars in San Francisco:

The bartenders at Bar Agricole obsess over every aspect of the drinks they make, from the stirring technique to the type of ice. Most of their cocktails use hand-selected spirits and ingredients from small producers, often meticulously chosen during one of the staff’s periodic trips to France and other regions. Their House Old Fashioned is particularly luxurious, using house-made bitters and a special selection of Cognac. Their ‘Ti Punch is also a staff favorite, a strong, but airy, drink of agricole rum, cane syrup, and a small squeeze of lime poured over a large, pristine ice cube.

Located on an edgy block in San Francisco’s Tenderloin, Biig soon whisks you away into a calm and intimate environment in which attentive bartenders customize each drink for the tastes of the guest. The noise is purposefully kept down low so that bar-flies can easily relax and have quiet conversations. They take reservations only, which may be made by messaging their Instagram account.

Located in the iconic Ferry Building, The Slanted Door is one of the nation’s highest-grossing restaurants, drawing daily crowds for its plates of elegant modern Vietnamese food and its breathtaking views of the Bay Bridge. Its cocktail program, helmed by bartender luminary Erik Adkins, was one of the pioneers of craft cocktails and continues today to serve refreshing drinks that burst with fresh flavors. The Pina Colada, in particular, uses a handmade coconut syrup that breathes new life into previous cloying versions of the Tiki drink. The Dorchester, the house’s reinvigorating gin version of a Hemingway Daiquiri, is also a hit.

As tastemakers in the national bar scene, Trick Dog lures throngs of barflies for its hyper-creative menu. In the past, it was inspired by Pantone color catalogues, vinyl records, and currently a rhyming children’s book. Some of the cocktail combinations can be zany, too — like the current Bolshevik Blog, made of cream cheese-washed gin, Pimm’s, fino sherry, everything bagel, absinthe, and smoked sea salt.

For the full secret cocktail experience, go to the Wilson Room in San Francisco’s edgy Tenderloin district. The bar is a — wait for it — speakeasy within a speakeasy. A fixture of San Francisco’s bar scene since it opened in 2006, the outside bar Bourbon and & Branch pours out Prohibition-style drinks. But step inside further and the detective-themed Wilson & Wilson brings you into a world of noir. Unlike the classic cocktails served outside, the Wilson’s menu is made from modern, inventive combinations with lots of house-made tinctures and syrups. A flight will get you a three-drink experience: an aperitif, a “main,” and a digestif.  Reservations are required in advance via their website, and you will be given a secret password for entry.

It’s all about the gin at this Whitechapel-tube-themed bar. Beyond the instant appeal of the impressive interior — which is lined with underground tile and decorated with exquisite British paraphernalia — this is one of the only places where you will find on select nights a kind of gin sommelier. A passionate expert named Keli Rivers will guide you through the range of many, many gins, including a selection of gin flights on the menu. The expansive cocktail menu spans 14 pages, tempting with unusual, but well balanced concoctions, including a selection of six riffs on a gin and tonic, 22 variations on a martini, modern favorites like the frothy Ramos Gin Fizz, and fun originals like the Von Dutch cocktail, made from gin (of course), genever, cinnamon shrub, apple juice, black pepper bitters and lemon.

Have a favorite cocktail bar in San Francisco? Let us know in the comments, and fly Alaska on your next Bay Area venture. Alaska Airlines, together with Virgin America, currently connects 35 destinations to San Francisco.