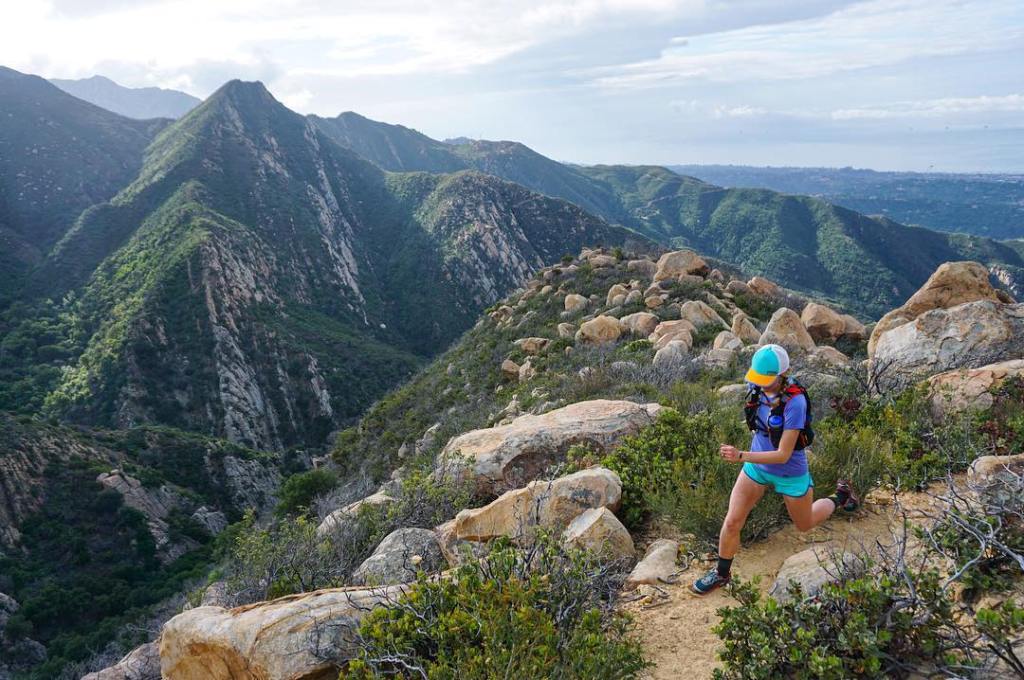 Whether you’re training for a marathon or hoping to break a personal record in an upcoming 5k, continuing your training while you travel is a great way to get to know a city and its notable landmarks. But remember, just like you pack a swimsuit for Hawaii and a parka for Alaska, packing the right gear for training in various climates is equally important. As is having the right food and fuel.

Ultra-marathon runner and Alaska Airlines frequent flyer Alex Borsuk answered several questions about preparation for running in a variety of climates on your next trip.

When preparing for a single run or a week of high altitude training in places like Denver, Boise, Bozeman or Mammoth Lakes, Borsuk recommends consuming foods high in iron prior to departure.

“At high altitudes, your body has a harder time delivering oxygen to your body’s tissues, as there is not much oxygen to go around, and iron plays a huge role in the oxygen delivery process,” she says.

Running at a high altitude will feel much different from running at sea level in Seattle or Portland, so plan to do a short, easy run on the first day of the trip. The thinner air will make a runner fatigue more quickly than they are used to, so do not worry if you have to stop and catch your breath mid-run. However, proper hydration before, during and after a run will make the adjustment to the thinner air much easier, says Borsuk.

During the winter and early spring months, packing layers of clothing for running in cold climates such as Boston, Alaska or Minneapolis is key. Borsuk recommends always packing shorts, tights, a short-sleeved shirt, a long sleeve technical shirt made of polyester fibers, a headband and a breathable wind jacket. You can add or subtract layers based on the climate, such as adding a hat, gloves, wool socks for bone-chilling cold, or lightening up in warmer climates.

When traveling to areas with humid climates such as Hawaii, Florida, Charleston or Costa Rica, hydration and nutrition are key when preparing for runs.

Borsuk recommends adding electrolyte supplements such as Tailwind Endurance Fuel, Nuun or Skratch to a bottle of water. Drinking ample amounts of water before, during and after a run is especially crucial in humid climates because you will sweat more than you would in a temperate or dry climate, which impedes recovery and endurance. Because you will be sweating more, you will be losing potassium and sodium, which drastically weakens muscles and internal organs.

Make sure to pack breathable short sleeve shirts that can repel moisture during any length of run in a humid climate.

When traveling to a hot, dry climate such as Tucson, Palm Springs or Las Vegas, much like a humid climate, it is essential to consume an ample amount of electrolytes to successfully complete a run. Borsuk’s favorite electrolyte supplement is Tailwind Endurance Fuel, which is easy to pack in a carry-on and contains enough potassium and calories that she says “gets me through the hardest of runs.”

Having a fitness goal is an important part of staying healthy, but overall well-being is even more important to achieve your long-term goals.

“Listening to your body is the most important thing to do when running in an unfamiliar location or climate,” says Borsuk. “There is no shame in walking or taking breaks while running at high elevations or humid climates. In fact, it is healthy to make sure that you are not pushing yourself to extreme exhaustion, which will have a negative effect on any fitness goals.“

Traveling for a race

Gaylene Donner has worked for Alaska Airlines for 32 years and has traveled to many races. She follows a tried and true process for packing that helps her remember what she needs to stay quick on her feet.

“Pack only a carry-on,” says Donner. “When you are traveling for a race, it’s helpful to stay light. The first objects into my bag are my running shoes, running clothes and socks. I never pack my running shoes in a checked bag. Alaska has exceptional baggage service, but I still want to know that in the unlikely event of a bag being delayed, I’ll have what I need to hit the ground running.”

Donner likes to travel with several large, sealable plastic bags to hold her gear, as well as a garbage bag to use as a disposable cover-up or poncho when weather is iffy.

Finally – don’t forget to pack your race packet and/or event registration receipt. Many larger races – like the Alaska Airlines Bay to Breakers later this month – often have a pre-event expo where runners can pick up packets on-site.