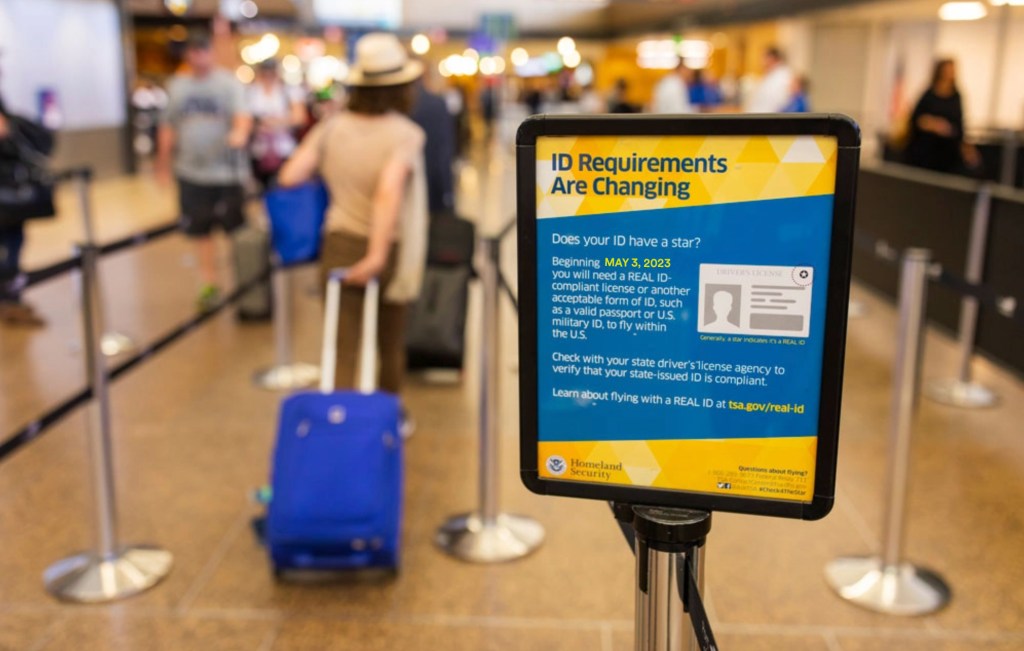 The federal government is giving everyone until May 3, 2023 to get their REAL ID-compliant driver’s licenses and identification cards.

Beginning May 3, 2023, every air traveler will need to present a REAL ID-compliant driver’s license, or other acceptable form of identification, to fly within the United States.

The REAL ID Act is a federal law.

If you like to use your driver’s license as your main identification to get through TSA security checkpoints at the airport, it’s crucial to make sure it’ll be REAL ID-compliant and ready to fly starting May 3, 2023.

To get flyers ready for this significant transition, we’re providing a resource for our guests, employees and the public to get the latest information about REAL ID and its fast-approaching changes.

Here are some key things to know:

Click on the state where you live to find out more on how to get a REAL ID-compliant driver’s license:

Refresh my memory. What exactly is the REAL ID Act?

Congress passed the REAL ID Act in 2005 in an effort to strengthen identification rules at airports. The act established minimum security standards for state-issued driver licenses. Under the law, state driver licenses and ID cards have to be issued only to people who can prove they are legally living in the United States. If state licenses don’t meet the standards, then federal agencies – such as the TSA – will not accept them.

So what happens in May 2023 if I show up at the airport with my standard driver license as my only ID?

You’ll be turned away and not allowed to go through a TSA checkpoint if you don’t have another form of approved identification. And you’ll miss your flight.

So when do the rules actually change?

Currently, the DHS has indicated the enforcement of the REAL ID Act starts on May 3, 2023. At that point, standard driver licenses issued by some states – such as Washington – will not be accepted by the TSA (Transportation Security Administration) at U.S. airports. TSA will accept enhanced driver licenses, since they have established your identity and U.S. citizenship.

Am I required to get a REAL ID-compliant driver’s license?

No, it’s up to you to decide what’s best for your travel needs. You can use a current U.S. passport or a U.S. military ID at the airport to get through TSA security after May 3, 2023, just like you can right now. Just remember to bring it. Having a REAL ID-compliant driver’s license is convenient for many of us because it’s something we always carry with us. Other acceptable forms of identification is found here.