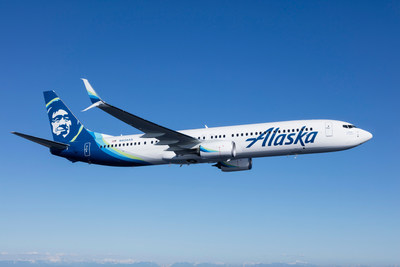 "To have this recognition from the highly respected J.D. Power organization for 10 consecutive years is both extraordinary and humbling," said Alaska Airlines CEO Brad Tilden. "Our 20,000 remarkable and kind-hearted employees are what distinguish Alaska Airlines, Virgin America and Horizon Air. The rest of the leadership team and I would like to thank them for their incredible dedication to our guests. We’re working to achieve our higher purpose of creating an airline people love and recognition like this confirms that we’re heading in the right direction."

The study, based on 11,015 responses, measures satisfaction of business and leisure travelers who flew a major North America carrier between April 2016 and March 2017. Alaska Airlines ranked highest of any traditional airline across five categories, including cost and fees; boarding/deplaning/baggage; flight crew; check-in; and reservations. Traditional carriers are defined as airlines that use a traditional hub-and-spoke system.

Alaska Airlines, together with Virgin America and its regional partners, flies 40 million customers a year to 118 destinations with an average of 1,200 daily flights across the United States and to Mexico, Canada, Costa Rica and Cuba. With Alaska and Alaska Global Partners, customers can earn and redeem miles on flights to more than 900 destinations worldwide. Alaska Airlines ranked "Highest in Customer Satisfaction Among Traditional Carriers in North America" in the J.D. Power North America Airline Satisfaction Study for 10 consecutive years from 2008 to 2017. Additionally, Alaska Mileage Plan ranked "Highest in Customer Satisfaction with Airline Loyalty Rewards Programs" in the J.D. Power 2016 Airline Loyalty/Rewards Program Satisfaction Report for the last three consecutive years. Learn more about Alaska’s award-winning service and unmatched reliability at newsroom.alaskaair.com and blog.alaskaair.com. Alaska Airlines, Virgin America and Horizon Air are subsidiaries of Alaska Air Group (NYSE: ALK).