Today, Alaska Airlines and the Port of Seattle celebrated a milestone of growth and passenger experience improvement at Seattle-Tacoma International Airport: completion of the first phase of the...

SEATTLE, July 11, 2019 /PRNewswire/ — Today, Alaska Airlines and the Port of Seattle celebrated a milestone of growth and passenger experience improvement at Seattle-Tacoma International Airport: completion of the first phase of the North Satellite Modernization Project, bringing an elevated travel experience to passengers flying in and out of the modern and expanded facility. As part of the $658.3 million project, the Port and Alaska unveiled eight new gates, expanded locally-based dining and retail options and the brand-new, flagship Alaska Airlines Lounge to community and business leaders.

"The old North Satellite worked for 45 years and worked well, but it’s become a living time capsule. We are now headed into the future with a stunning facility that improves the passenger experience with more space, light, and services. Alaska, Seattle’s hometown airline, is a perfect partner to grow with Sea-Tac," said Port of Seattle Commission President Stephanie Bowman. "Built by Pacific Northwest businesses and residents, this project brings economic opportunities in construction as well as for airport dining and retail businesses, including small, local and disadvantaged entrepreneurs."

This moment marks the completion of the 255,000 square-foot expansion to the west featuring open spaces, natural light, incredible views and ample gate seating with easily accessible charging stations. Flyers will have access to new restaurants and services inspired by the best of the Northwest, including family-owned Bambuza Vietnam Kitchen, Seattle’s beloved Skillet, locally owned Caffe D’Arte and travel retailer, The New Stand. A brand-new Nursing Suite on the upper-level mezzanine will soon open for traveling mothers and be fully operational in early August. With spa-inspired design and high-end finishes, Sea-Tac Airport is among the first airports to offer a nursing suite of this caliber to multiple users. There are three curtained alcoves for privacy, a lounge with comfy seating, stroller storage, charging stations, a restroom, multiple sinks and ample counterspace.

"Alaska is dedicated to our guests and to our hometown, and as Sea-Tac’s largest airline we are proud to invest in this global hub for air travel through efforts like the North Satellite Modernization Project," said Alaska Airlines Chief Commercial Officer Andrew Harrison. "This type of smart growth sets a new standard, and will redefine Alaska’s guest experience from start to finish. To the hundreds of Port of Seattle and Alaska employees, and the construction and design partners who built our lounge and this state-of-the-art terminal, thank you."

Alaska opened the doors to its new flagship lounge in the North Satellite, the airline’s third at Sea-Tac, to a crowd of frequent flyers, partners and community and business leaders. At 15,800 square feet, the lounge is three times the size of the average lounge and features stunning views of the airfield, Olympic Mountains and downtown Seattle. The Lounge is officially open to the public as of July 12.

Since the acquisition of Virgin America and with the airline’s tremendous growth over the past two years, Alaska has invested $200 million in guest product enhancements including a newly retrofitted Airbus fleet and updated 737-700 cabins, refreshed food and beverage menus with healthier seasonal and local options, satellite Wi-Fi that’s 20 times faster and expanded entertainment to offer the most movies in the sky.

Designed in partnership with Graham Baba Architects, the flagship lounge has a relaxing and welcoming West Coast vibe with open spaces, a grand fireplace and warm finishes. Customers can sip one of a dozen Seattle microbrew at the spacious bar, taste complimentary Pacific Northwest-inspired bites or enjoy custom-brewed espresso beverages and teas from an Alaska Lounge barista.

"My first reaction was that I couldn’t believe how big it is," said Tim Murphy, Alaska Airlines Lounge member and million-miler. "It’s breathtaking. The fireplace relaxes you, and the food is so good. To me, this space is a reflection of how important Alaska Airlines’ customers are to them."

The opening of this Seattle lounge follows the recent renovation of Alaska’s Lounges in Los Angeles, Portland and Anchorage, the opening of Alaska’s JFK lounge and the announcement of a new lounge at San Francisco International Airport, which will be the 8th Alaska Lounge when it opens in 2020. In total, Alaska has invested $50 million in its lounge portfolio. Guests can visit by becoming a lounge member, flying first class with Alaska or purchasing a day pass. Plus, guests can enjoy 50% off a lounge day pass when they pay with their Alaska Airlines Visa Signature® credit card.

The North Satellite raises the bar for sustainability at Sea-Tac Airport. The project’s design borrows from the Pacific Northwest’s natural environment of native rivers and water while maximizing views and daylight. The project is seeking LEED (Leadership in Energy & Environmental Design) Silver level certification with sustainable construction practices and building operations, including 100% LED lighting, efficient heating and cooling system, capture of 750,000 gallons of rainwater runoff annually to supply restrooms, and multiple nature-inspired art pieces that will complement the open design of the building and celebrate the environment. The new expansion features visual arts duo Jacqueline Metz and Nancy Chew in a recently completed two-part permanent art installation, Cathedral. The artwork consists of 20 custom glass panels and one large bronze tree log.

All operations in the North Satellite will transition to the newly-renovated section at the end of July and the remaining original gates will close for renovation over the next two years. Full renovation of the existing North Satellite will be complete in mid-2021 with double the dining and retail space and 20 total gates. Guests can view this fly-through video to preview phase two of the construction.

Additionally, related projects to the NSAT Modernization encompass the refurbished satellite baggage systems servicing the North Satellite, which were completed in 2015, and the Concourse C Satellite Train Access Upgrade. Travelers connecting between Concourse C, North Satellite and Main Terminal will enjoy a significant upgrade by Thanksgiving.

Funding for the project will come from a combination of airline fees and Airport Development Fund and Passenger Facility Charge revenues. As with virtually all airport projects, no Port of Seattle taxes will be used. The Port’s portion of the North Satellite Renovation is $658.3 million, not including Alaska Airlines costs for the lounge and employee spaces of $41 million.

About Alaska Airlines
Alaska Airlines and its regional partners fly 46 million guests a year to more than 115 destinations with an average of 1,200 daily flights across the United States and to Mexico, Canada and Costa Rica. With Alaska and Alaska Global Partners, guests can earn and redeem miles on flights to more than 900 destinations worldwide. Alaska Airlines ranked "Highest in Customer Satisfaction Among Traditional Carriers in North America" in the J.D. Power North America Airline Satisfaction Study for 12 consecutive years from 2008 to 2019. Learn about Alaska’s award-winning service at newsroom.alaskaair.com and blog.alaskaair.com. Alaska Airlines and Horizon Air are subsidiaries of Alaska Air Group (NYSE: ALK).

About Seattle-Tacoma International Airport
Operated by the Port of Seattle, Seattle-Tacoma International Airport (SEA, KSEA) is ranked as the 8th busiest U.S. airport, serving nearly 49.8 million passengers and more than 432,315 metric tons of air cargo in 2018. With a regional economic impact of more than $22.5 billion in business revenue, Sea-Tac generates 151,400 jobs (87,300 direct jobs) representing over $3.6 billion in direct earnings and more than $442 million in state and local taxes. Currently, thirty-two airlines serve 91 non-stop domestic and 29 international destinations including Canada, Mexico and seasonal operations. 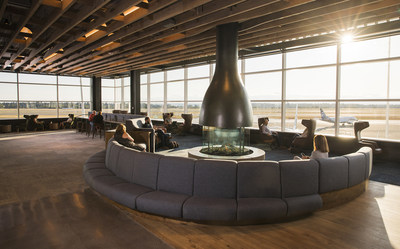 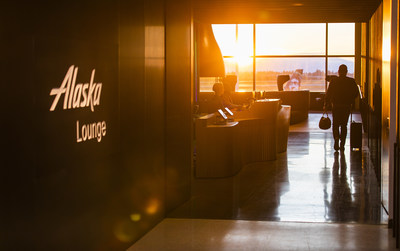 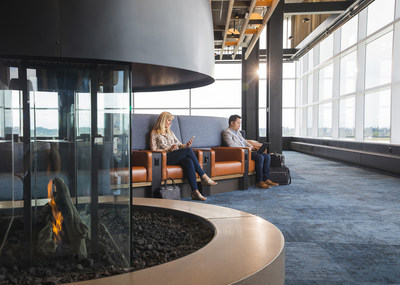 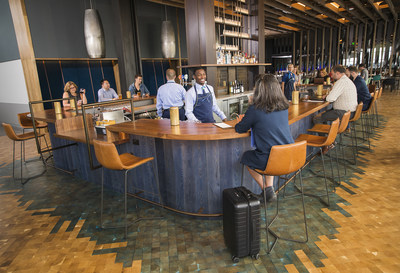 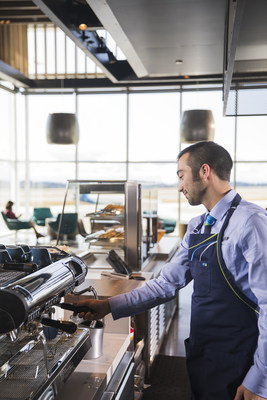 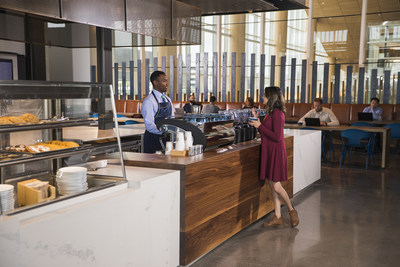 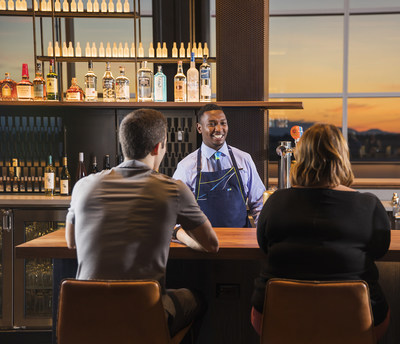 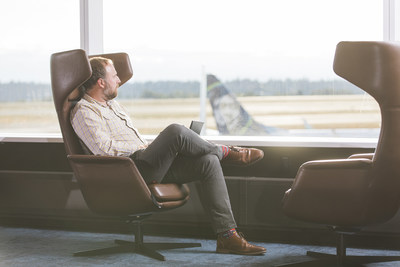 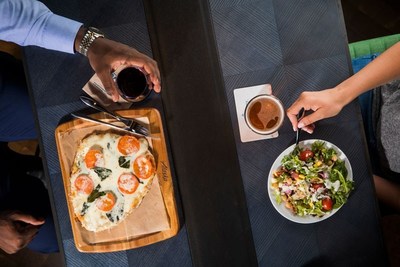