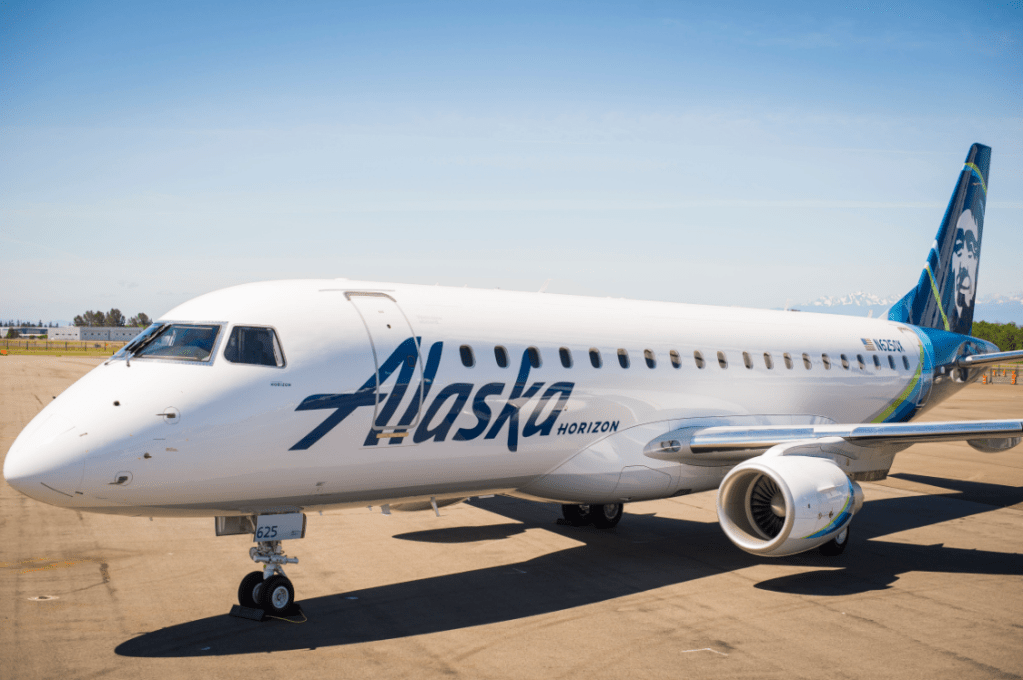 Farnborough, United Kingdom, 19 July 2022 – Alaska Air Group announced plans to grow its regional fleet with an order of eight new additional E175 jets and options for 13 more. The E175 aircraft will fly exclusively for Alaska Airlines under a Capacity Purchase Agreement (CPA) with Horizon Air. The value of the contract, including options, is USD $1.12 billion based on list price. Horizon’s new 76-seat aircraft from this order will be delivered in Alaska’s livery and three-class configuration over the next four years starting in Q2 2023.

Mark Neely, VP Americas, Embraer Commercial Aviation, said, “The E175 is the backbone of the US regional network, feeding airport hubs across the country as well as producing the connectivity all communities need to thrive, both economically and socially. While this market is currently under pressure, it is essential that carriers are able to provide these essential services to the entire United States. The Embraer E175, with 85% market share in its segment, is keeping the US on the move and in touch.”

The Horizon Air 76-seat E175 jet features 12 seats in First Class, 12 in Premium Class and 52 in the Main Cabin. Onboard amenities include free entertainment featuring more than 1,000 movies and TV shows. Additionally, customers seated in First Class enjoy 110-volt power in every seat.

Transitioning to a single jet fleet

Earlier this year, Horizon Air announced it would move to a single fleet of all E175 jets. The carrier currently flies a mix of 32 Bombardier Q400 turboprop aircraft and 30 E175s. It will take delivery of 9 E175s over the next year as part of a previous order that also includes 3 deliveries in 2025.With this order by 2026, if not sooner, Horizon will have a fleet of 50 E175s.

With bases in Washington, Oregon, Idaho and Alaska, Horizon serves more than 45 cities throughout the Pacific Northwest, California, the Midwest, and British Columbia and Alberta in Canada.

Embraer’s North America market share in the 70-90-seat segment is 86% since 2013, with 635 net orders (643 accounting for Alaska’s new orders). There are currently 601 E175s serving U.S. carriers in cities across Canada, the USA, Mexico, and Central America.

Since it was founded in 1969, Embraer has delivered more than 8,000 aircraft. On average, about every 10 seconds an aircraft manufactured by Embraer takes off somewhere in the world, transporting over 145 million passengers a year.

Embraer is the leading manufacturer of commercial jets up to 150 seats and the main exporter of high value-added goods in Brazil. The company maintains industrial units, offices, service and parts distribution centers, among other activities, across the Americas, Africa, Asia and Europe.

Alaska Airlines and its regional partners serve more than 120 destinations across the United States, Belize, Canada, Costa Rica and Mexico. We emphasize Next-Level Care for our guests, along with providing low fares, award-winning customer service and sustainability efforts. Alaska is a member of the oneworld global alliance. With the alliance and our additional airline partners, guests can travel to more than 1,000 destinations on more than 20 airlines while earning and redeeming miles on flights to locations around the world. Learn more about Alaska at news.alaskaair.com. Alaska Airlines and Horizon Air are subsidiaries of Alaska Air Group (NYSE: ALK).