SEATTLE, Nov. 7, 2019 /PRNewswire/ — Alaska Air Group announced today three key leadership advancements to position Alaska Airlines and Horizon Air for future growth and success: Ben Minicucci, as president of Alaska, will be responsible for all commercial and operational duties including rollout and execution of the company’s strategic plan; Gary Beck becomes Alaska’s executive vice president and chief operating officer; and Joe Sprague returns to Air Group in the role of president of Horizon. All appointments are effective immediately. 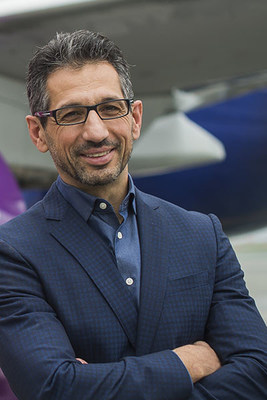 "Together, these talented executives bring more than four decades of expertise working across a wide variety of divisions at Air Group," said Brad Tilden, chairman and CEO of Alaska Air Group. "We’ve doubled in size in just the past five years. Their experience and leadership abilities will be crucial as we continue to grow and navigate new opportunities and challenges."

As president of Alaska, Minicucci is responsible for both operations and commercial functions, and will execute on the company’s strategic plan including a focus on Alaska’s network, flight schedule, sales, revenue management, safety and operations, marketing and real estate. He has served in various roles of increasing responsibility since joining Alaska in 2004 as staff vice president of maintenance. Minicucci was promoted to president and chief operating officer in 2016. Since 2017, he has led Alaska’s integration with Virgin America, which is nearly complete.

"These new responsibilities are a natural step forward for Ben," said Tilden. "He is driven to succeed, and committed to getting it right – whether it’s maintaining a strong safety record, improving our operational performance, or making sure our guests have a great experience."

Beck returns to Alaska as executive vice president and chief operating officer, responsible for overseeing day-to-day operations on the ground and in the air. For the last two years, he has served as president and chief executive officer of Horizon, Alaska’s regional partner. Prior to that tenure, he was vice president of Alaska’s flight operations division from 2008 to 2015. Beck will report directly to Minicucci.

"We’re fortunate to welcome Gary back to Alaska. He’s a proven, trusted leader with decades of airline experience who will be dedicated solely to our operational safety and success as we grow Alaska," said Minicucci. "Gary’s commitment to safety and to people – along with his energy – will be an asset as we continue to build on our foundation of operational rigor."

"Joe has a passion for Air Group and for the airline industry," said Tilden. "He has a great respect for all the accomplishments being made by Horizon and its employees, and a well-grounded appreciation of the importance of Horizon’s partnership with Alaska to provide outstanding service to all of our guests."

Under Minicucci’s leadership, Alaska aligned its operational and commercial groups in 2018 to better facilitate cross-divisional planning while keeping a focus on safety, reliability, profitability and a remarkable guest experience.

Before joining Alaska Airlines, Minicucci spent seven years serving in a variety of roles at Air Canada’s technical operations and, ultimately, vice president of heavy maintenance. He served in the Canadian Armed Forces for 14 years prior to joining the private aviation sector. He holds a bachelor’s and master’s degree in mechanical engineering from the Royal Military College of Canada. Minicucci is currently on the board of directors for the Silicon Valley Leadership Group.

In his previous role at Alaska as vice president of flight operations, Beck oversaw 1,600 pilots, implemented sound operational processes and invested in game-changing technology that included iPads for pilots and a paperless flight deck. Before becoming the president and CEO at Horizon Air, he led a joint integration team working toward a single operating certificate during the acquisition process between Alaska and Virgin America.

Sprague launched his career in aviation more than 30 years ago as a customer service agent for a commuter airline, where he later became a commercial pilot. He has also held leadership positions with a regional airline based in Anchorage, and managed commuter airline and air charter policy for a Washington, D.C.-based aviation trade association.

Sprague holds a bachelor’s degree in aeronautical science from Embry-Riddle Aeronautical University and an executive Master of Business Administration degree from the University of Washington.

Alaska Airlines and its regional partners fly 46 million guests a year to more than 115 destinations with an average of 1,300 daily flights across the United States and to Mexico, Canada and Costa Rica. With Alaska and Alaska Global Partners, guests can earn and redeem miles on flights to more than 800 destinations worldwide. Alaska Airlines ranked "Highest in Customer Satisfaction Among Traditional Carriers in North America" in the J.D. Power North America Airline Satisfaction Study for 12 consecutive years from 2008 to 2019. Learn about Alaska’s award-winning service at newsroom.alaskaair.com and blog.alaskaair.com. Alaska Airlines and Horizon Air are subsidiaries of Alaska Air Group (NYSE: ALK). 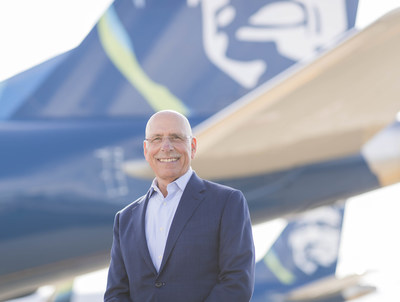 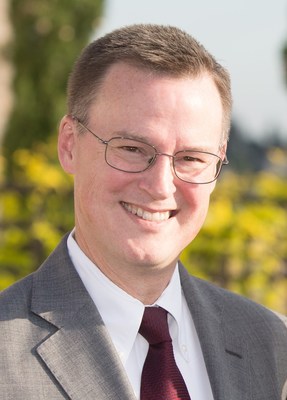