The Alaska Airlines Foundation is awarding $100,000 in grants to nonprofit organizations in Hawaii, as part of a special donation to celebrate Alaska Airlines' 10th anniversary of service to the...

HONOLULU, Nov. 7, 2017 /PRNewswire/ — The Alaska Airlines Foundation is awarding $100,000 in grants to nonprofit organizations in Hawaii, as part of a special donation to celebrate Alaska Airlines’ 10th anniversary of service to the Islands. Funds will support 10 programs working to better the lives of youth in the local community and provide education and workforce development programs across the state. 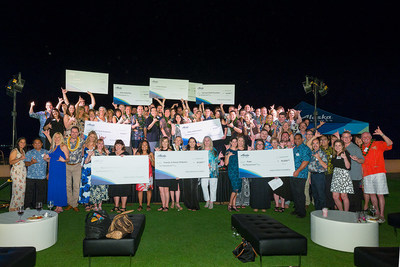 "Hawaii has a special relationship with Alaska Airlines. During the Great Recession, the airline provided a U.S. West Coast connection and a much-needed boost to our economy," said Hawaii Governor David Ige. "Ten years later, it’s the number one carrier from that market, and its passengers contribute over $2 billion to the state’s economy each year. But the bond goes beyond the economic impact. Alaska Airlines is part of our ohana and our shared values. We look forward to a long and productive future together."

Over the past decade, Alaska Airlines has provided nearly $2.7 million in cash and in-kind support to more than 180 Hawaii organizations. Alaska Airlines flies the most nonstop flights from Hawaii to the most destinations on the West Coast, with 179 flights per week from four Hawaiian Islands.

"Alaska Airlines is all about people," said Alaska Airlines CEO Brad Tilden. "We are grateful to be a part of the incredibly generous community spirit in Hawaii and love connecting people to this beautiful place."

The Alaska Airlines Foundation provided $10,000 grants to the following organizations during a community reception at The Royal Hawaiian in Waikiki:

Learn more about these organizations on the Alaska Airlines blog.

"We have the privilege of flying to one of the most beautiful and amazing places on the planet, and we are dedicated to doing our part to keep it that way for many generations to come," said Daniel Chun, Alaska Airlines director of sales, community and public relations for Hawaii. "We’re proud to partner with these outstanding organizations in helping to build a bright future for Hawaii."

Each year, the Alaska Airlines Foundation distributes cash grants to nonprofit organizations in Alaska, Hawaii and Washington that support youth and education and workforce development efforts. Applications are reviewed twice per year. Eligible nonprofits are encouraged to submit an online application at donationsalaskaair.com by April 15 for mid-year consideration and September 15 for end-of-year consideration. 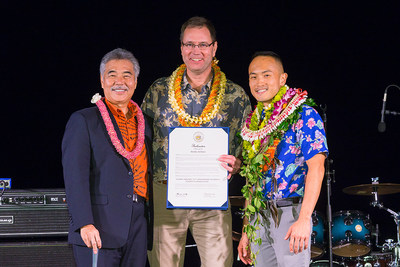