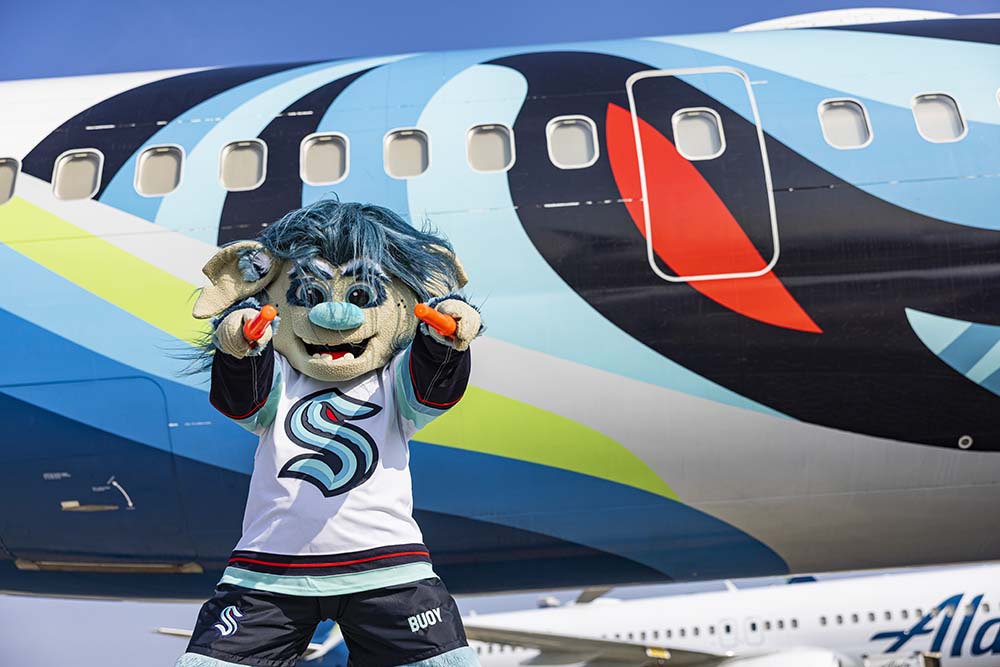 Hockey is back in Seattle! And it’s time to rally & look fly doing it! All season long, if you’re flying out of Seattle, Everett or Palm Springs and wear a Seattle Kraken or Coachella Valley Firebird jersey, you’ll score priority boarding!

Now, through the end of the hockey season, Kraken fans who wear the teams’ jersey can board early on all Alaska flights departing from the Seattle-Tacoma International Airport (SEA) and Paine Field (PAE). American Hockey League fans of the Coachella Valley Firebirds, Palm Springs’ (PSP) new professional ice hockey expansion team of the Seattle Kraken, can also board early if they’re wearing Firebird gear.

As the official airline of the Kraken, we can’t wait to see fans flood Climate Pledge Arena in our hometown, where our community and guests will get to enjoy the Alaska Airlines Atrium, which will serve as the main entrance for all events at the Climate Pledge Arena.

What does priority boarding mean exactly?  Guests sporting a Kraken or Firebirds hockey jersey will skate their way to the fast lane, following group B. Just be sure to listen closely to your gate agent’s announcements!