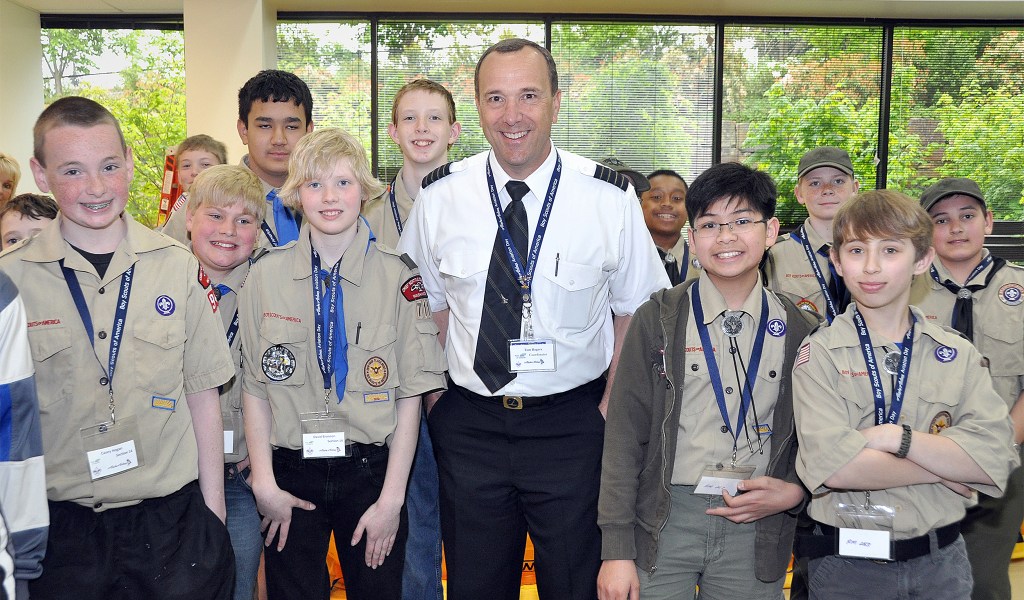 Captain Tom Rogers has had a remarkable career in aviation. Since starting his career in the 1970s, he’s flown more than 100 types of aircraft on four continents (including the F-15), racking up more than 21,000 hours as a pilot.

But as remarkable as his career has been, his path into aviation was pretty typical. Rogers’ father was a private pilot – he grew up around a tight-knit culture of aviators where some of his first jobs were around the airport, washing windows and gassing private planes.

Having spent decades flying in the Air Force and then for Alaska Airlines, he found the stories of the pilots he shared the flight deck with to be awfully similar. And, as the industry faced a looming shortage of aviation professionals, he realized those similarities were part of the problem.

“Aviation careers are so specialized that a lot of people don’t even know they are out there,” said Rogers. “And although aviation was a cool, leading edge career in the ’50s, ’60s and ’70s, now there are a lot of competing high-tech opportunities that scoop kids away.”

GETTING AVIATION’S GROOVE BACK

Ten years ago, Rogers decided to do something about it. He created Aviation Day – an event giving students a behind-the-scenes look at careers in aviation. He coordinated the event at Alaska’s Sea-Tac Hangar, calling in favors from colleagues with the Air Force, Boeing and Alaska employees to assemble a day’s worth of activities. Students tried their hand at aircraft maintenance with Alaska Airlines mechanics, practiced pre-flight checks with pilots, built gliders with Boeing engineers, crashed a LOT of virtual Boeing 737s in a flight simulator … and even spent time with Alaska lawyers, accountants and executives to see the breadth of opportunities aviation has to offer.

“Aviation Day was a chance to introduce youth to aviation careers and show them it can be done,” said Rogers. “We wanted to ignite the spark so that kids could go through school understanding what it takes to get into an aviation career and introduce them to all the aviation career paths open to them.”

The event started small – Rogers piloted the event in 2008, inviting fellow Boy Scout leaders to gather participants for a total of 123 attendees. Since its inaugural year, Aviation Day has opened its doors to groups beyond Boy Scouts and expanded to include events in Portland, giving thousands of students their first taste of aviation. As Aviation Day celebrates its 10th anniversary at SeaTac on May 5, 2018, Alaska anticipates more than 2,000 local teens and 300 employee volunteers.

Portland Aviation Day, now in its sixth year, will be held May 19, 2018 and expects record-breaking attendance as well.

Many previous Aviation Day attendees point back to the event as the moment that aviation evolved from a far-off dream into a tangible career opportunity. In 2014, Alaska Airlines hired its first Aviation Day alumni, Brendan Cray, who now works as an Aircraft Maintenance Technician.

“I wanted to be a car mechanic, but I realized how competitive the car maintenance industry was,” said Cray. “Then I thought, ‘I’ve always loved planes, I wonder what it takes to work on them.’ When I attended Aviation Day, I got to talk to a few Alaska mechanics, and from there I was hooked.”

Aviation Day has had an impact beyond Alaska as well. Chandler Luke, who attended Aviation Day in 2009, credits the event with starting him on the path toward a career as an Air Force pilot.

“Coming to Aviation Day gave me a bit of direction,” said Luke. “It was my first exposure to military pilots – I could talk to people that got to do the job I dreamed of doing, rather than just reading about it on the internet.” 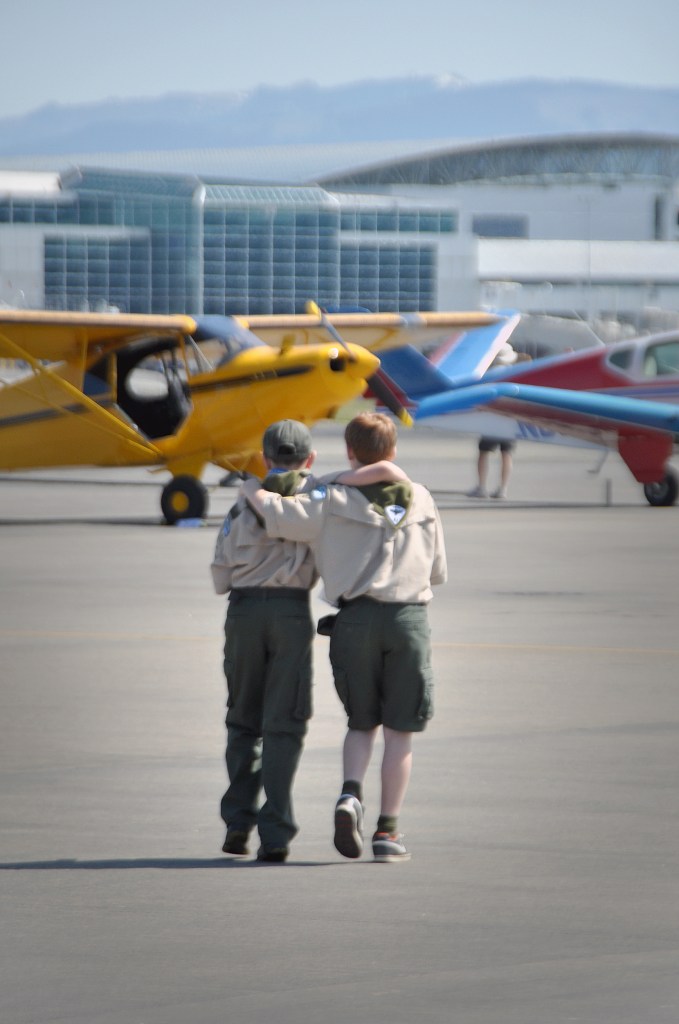 Rob Lowy, Alaska Airlines’ manager of maintenance programs and the chief coordinator for Aviation Day’s 10th anniversary event, is bringing the decade-long story full-circle. This year, both Luke and Cray will be returning to Aviation Day as mentors, introducing a new class of teens to aviation and reconnecting with a few of the pros like Rogers that set them on their paths.

“We started planning for this event back in October,” said Lowy. “It’s a big project, but there’s nothing like the buzz of Aviation Day. It’s so exciting to see kids trying their hand at careers they’ve never seen before.”

The journey into aviation is a long one. Even with a four-year aviation degree, it often takes pilots ten years or more to land a job at a major airline. Engineers, mechanics and air traffic controllers face long, specialized career paths as well. But even if aviation careers aren’t built in a day, Aviation Day is proving they can certainly be inspired in one.

And a few balsa wood gliders and botched flight simulator landings are a small price to pay for a new generation of aviators.