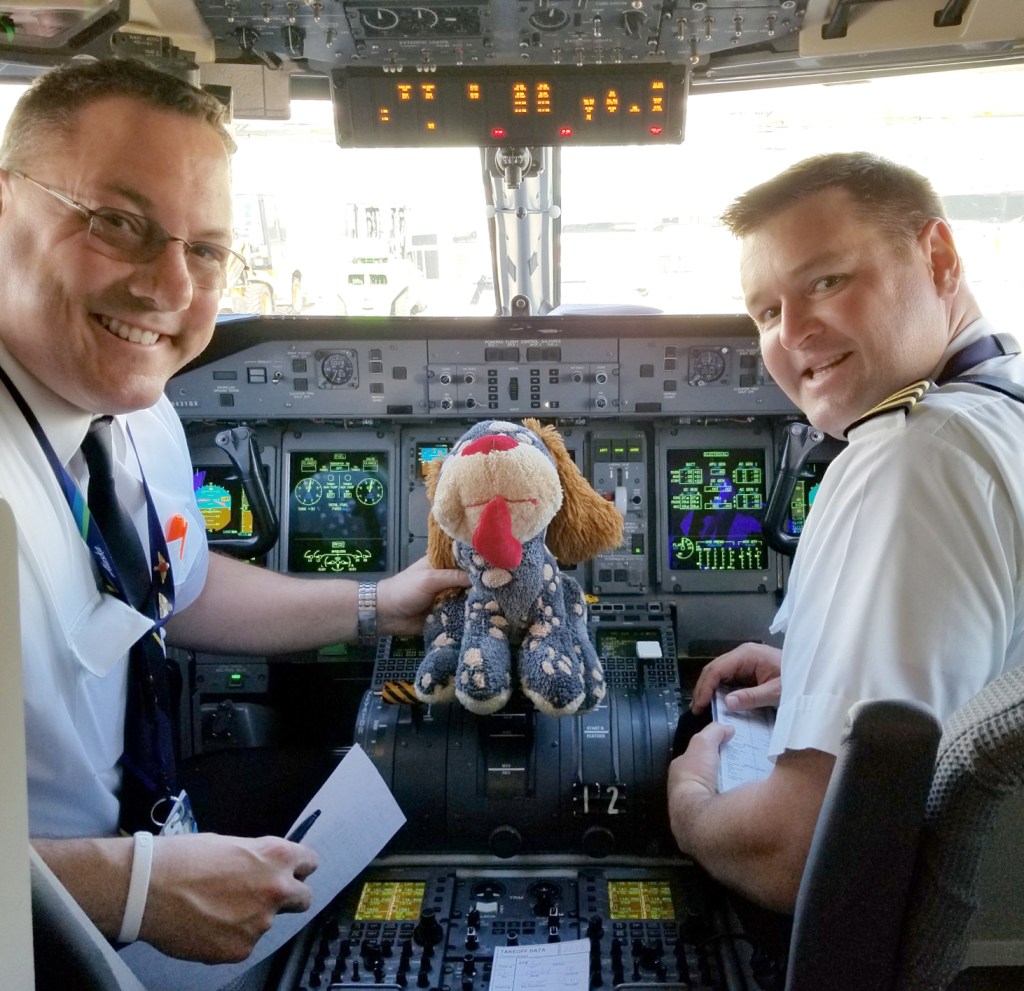 In a child’s world, losing a toy is upsetting. But for a 4-year-old girl named Rougen from Coos Bay, Oregon, the polka-dotted, stuffed dog named Bubba left behind on her flight was more than just a toy. It was a memory of her brother.

The precious stuffed animal went missing while the Wiest family was traveling from Petersburg, Alaska to Seattle, en route home to Oregon. When they got off the plane in Seattle, they left Bubba behind. Despite running back and searching the plane, the toy was nowhere to be found.

After they got home, Rougen’s mom Monica Wiest put out a plea on Facebook:

“Normally I wouldn’t be so desperate to find a stuffed animal, but you see, my 8-year-old son passed away tragically a year ago and this was his favorite stuffed animal. I bought it for him for Valentine’s Day when he was 2, and he slept with it every night. My 4-year old daughter has been sleeping with it every night since his accident. This is the one thing that makes her feel like he’s still “with” her. Losing this dog has caused a lot of heartache and tears since yesterday. Please, please, please share this story and help us get our Bubba dog back.”

Alaska Airlines’ Social Care Team saw Wiest’s post and scoured social media. Soon she heard back from them that another guest had found Bubba!

The problem was getting Bubba from Seattle back home to Coos Bay. Agreeing that mailing him just wouldn’t do, Alaska Airlines Baggage Agent Rene Lamagna volunteered to fly the stuffed dog himself.  After letting the Wiest’s know he was on his way, Lamagna boarded a flight from Seattle to Eugene. On board, caring in-flight crew members made sure Bubba got the royal treatment, with a visit to the flight deck and lots of photos of his trip, which were later shared with the family.

At the airport in Eugene, Horizon Air employees were waiting for the Wiests, who had driven all the way from Coos Bay. They helped the family get passes to get through security and to the gate.

When the plane landed, Lamagna was the first one off with Bubba tight in his arms. It was a homecoming to remember. The next day, Wiest posted a new note on Facebook:

“Thank you from the depths of our souls for returning Bubba Dog and to Rene for safely and kindly getting him home to us. Thank you Alaska Airlines.”