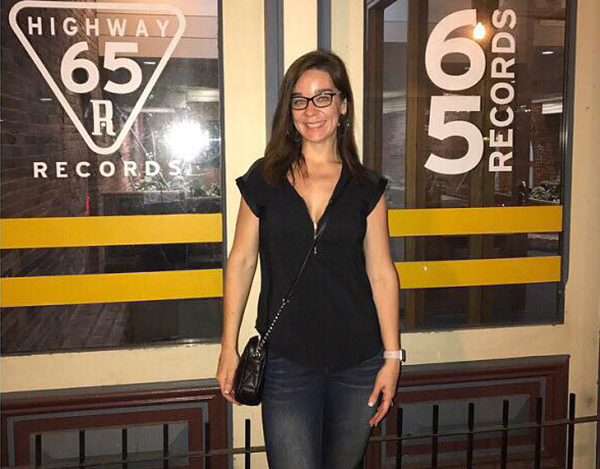 Lauren Whiteside of Anchorage, Alaska was recently flying on Alaska Airlines on her way to Austin, Texas, when she experienced utter panic. She’d lost her purse with all her valuables inside.

The saga started when she arrived in Seattle after taking a red-eye from Anchorage and had only 25 minutes to get on a flight to Los Angeles, where she would connect to Austin.

In her rush, she left her purse – with her ID, money and credit cards – on the plane.

She realized her mistake just as the flight to L.A. hit cruising altitude.

A plan comes together

Whiteside told our flight attendants who suggested she use the in-flight Wi-Fi to get in touch with her husband and have him call lost and found at Sea-Tac Airport.

When she did, it set in motion a plan that involved many caring Alaska employees. Dispatcher JD Duran radioed the original plane, which had since left Seattle on it’s next flight to St. Louis. After a search, Duran learned that the purse was not on the flight. The purse was safe in Seattle. Relaying that info back, the flight attendants on Whiteside’s flight told her to rest easy.

The challenge was finding a way to get the purse to Whiteside, who was now winging her way toward Los Angeles. Whiteside’s husband was going to arrange to have it sent to Austin via Fed Ex, but that would take two days.

That’s when Alaska Airlines flight attendant Eric Browell stepped in with a plan. Looking up flights, and working with in-flight supervisor Grant Lessig in Seattle, he arranged to get Whiteside’s purse in the hands of another Alaska flight attendant crew that was leaving shortly on a nonstop flight from Seattle to Austin. He reassured Whitehead that her purse was on its way and on top of that, gave her $20 so she had some money in her pocket as she changed planes in LA.

The plan went off without a hitch. Lessig followed up by calling Whiteside to assure her after the purse was on the Austin flight. He promised to track her flight from LAX to Austin and to make sure everything went smoothly.

And it did. The purse arrived just 30 minutes after Whiteside landed in Austin.

Whiteside was so impressed that she took to Facebook to tell her story and praise the employees involved. Her post has since garnered more than 22,000 likes and been shared 1,300 times.

“Alaska Airlines, specifically Eric and Grant, you have restored my faith in humanity today,” she wrote. “Thank you from the bottom of my heart for everything you have done.”