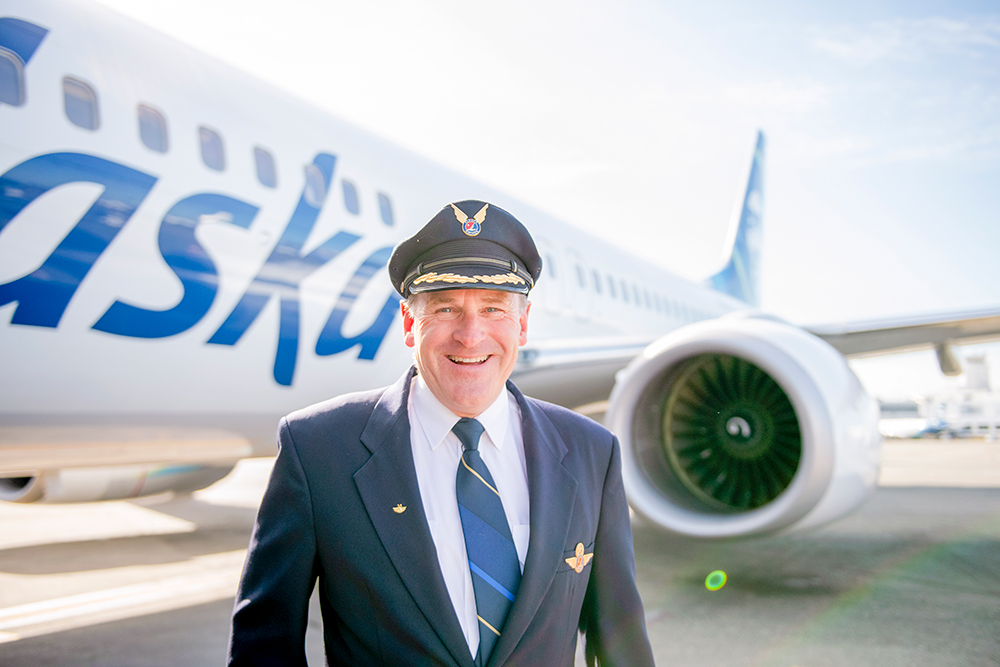 Captain Mike Baumgartner set out to join Alaska Airlines in the early 1980s. He’d gotten his pilot training as a teenager and spent time in Alaska flying fish from Dry Bay to Yakutat in DC-3s.

Looking for a chance to join what he felt was ‘the best airline in the business’ he put in his resume at Alaska Airlines. After several tries, he finally got an interview, but says he was so nervous he thought he failed. Only after the hiring manager stood up to dismiss him did finally relax and let his true personality shine through. They ended up talking for another hour and a half, and Mike got the job. That was February 1984.

Baumgartner’s been sharing his zest for flying with Alaska over 30 years now and continues to raise the bar for his fellow pilots.

He’s been known to grab a vacuum, cross seatbelts and even get down into the wheel well to get a flight out.

CEO Brad Tilden, who wrote about Baumgartner in Alaska’s Beyond inflight magazine said, “Mike’s a pilot’s pilot. He has flown a ton over his career, but he has also made his voice and his leadership count to help us move our culture forward.”

In addition to his job in the flight deck, Baumgartner has facilitated employee workshops; he’s volunteered at Aviation Days and countless other activities; and even represented employees as an ambassador on Wall Street.

With just over two years until he reaches pilot retirement age, Baumgartner admits he’s getting a bit nostalgic.

I love this place.” he says. “I tell everyone I fly with, ‘This is your airline. It’s yours to take care of.’”