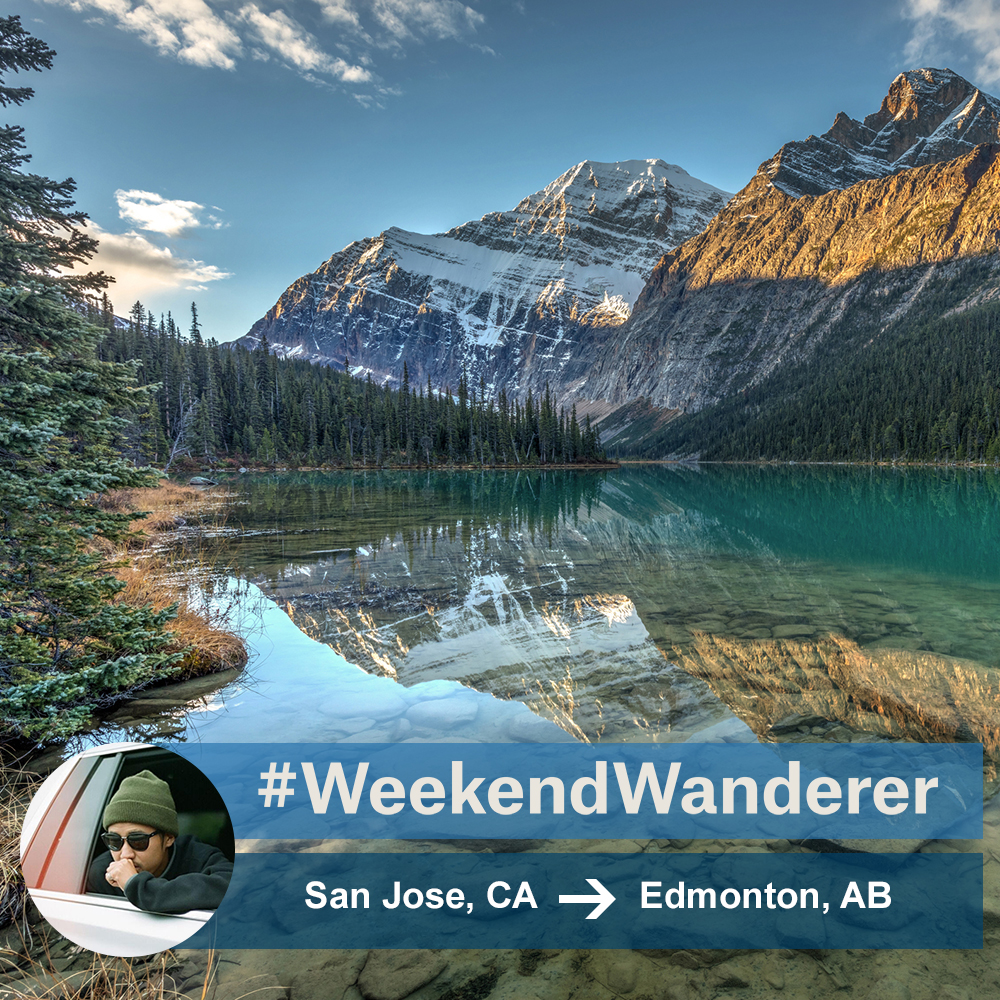 I’ve always wanted to visit Alberta, so imagine my surprise when I received an email from Alaska Airlines inviting me to spend a weekend there as part of the airline’s Weekend Wanderer series. Several weeks later, my friend Emerick and I were on our way from San Jose, California to Edmonton, Alberta.

We arrived late in the evening and couldn’t wait to explore downtown Edmonton. We asked around for a point of interest and many people suggested walking the High Level Bridge for a good view of the river and the skyline. We saw a spectacular sunset to end our first day.

The next morning we wanted to check out the glass pyramids at Muttart Conservatory. The botanical garden was amazing to visit and explore.

At lunch, we planned our camping trip into Jasper National Park. After arriving late and setting up camp, we woke up early for a hike and to explore the town. We drove down the Icefields Parkway and were awe-inspired by the landscape.

The beautiful blue lakes were surrounded by gigantic mountains.

Everything in Jasper was amazing, and time flew as we explored. Before we knew it, our weekend was over and it was time to head home. I suggest everyone fly into Edmonton to enjoy the city and take the road to the national park – it was a fulfilling way to get to a new destination. Thanks again, Alaska Airlines – you made a trip that I won’t forget!