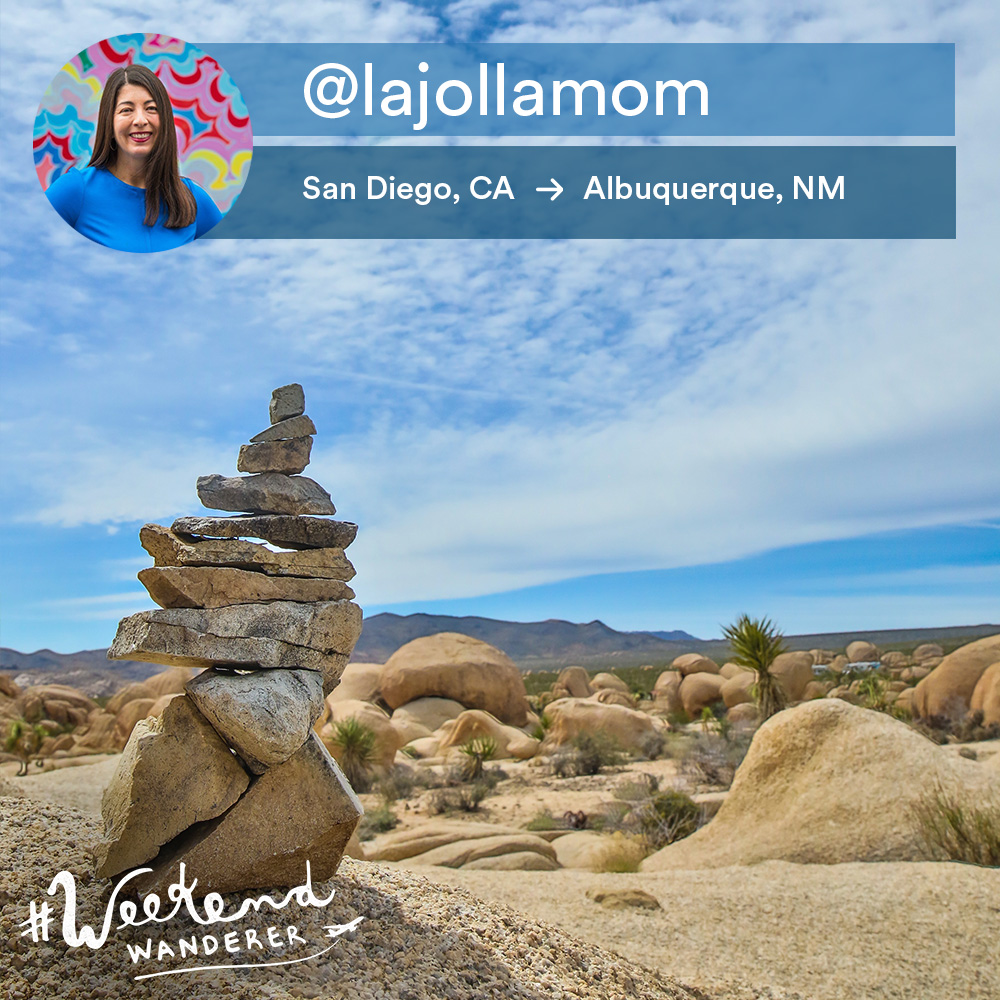 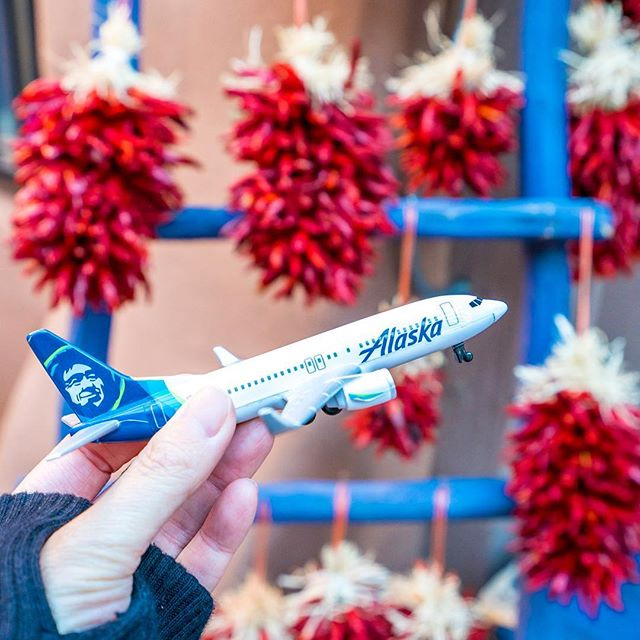 If Albuquerque isn’t on your sightseeing to-do list, it should be.

The largest city in New Mexico is a neat fusion of multiple cultures and influences from Native American pueblos to Route 66 to computers and rocketry. As a result of this and its location, Albuquerque is home to a very unique and mouthwatering food culture. It also has, in addition to some surprisingly-excellent museums, a lot of outdoor activities beyond hot air ballooning.

Ready to go? Shop for flights to Albuquerque.

I absolutely adore hotels. As expats, we actually lived in one for five years, so I dare say we have a keen sense for what can make or break a stay. We chose the new Hotel Chaco in Albuquerque because its location in Old Town (and right next to the soon-to-be built Sawmill district) and for its contemporary design that pays tribute to Chaco Canyon, a UNESCO World Heritage site and National Park, which (long story short) was a center of culture for ancient Pueblo people and is a nice day trip.

From the rooftop terrace of Hotel Chaco, guests have panoramic views of the Sandia mountains, the occasional hot air balloon and spectacular sunsets. The latter means that evening drinks are quite popular and it’s also where breakfast is served. The food in the hotel is top-notch. And, it’s where I will stay again when we return to Albuquerque.

It’s definitely possible to see quite a bit of Albuquerque in weekend. The most popular thing to do is ride the scenic Sandia Peak Tramway. It was closed for maintenance during our stay (this is very rare) but definitely put it on your ABQ to-do list.

Petroglyph National Monument: Due to its size and multiple trails, one could spend a few days or just a morning seeking out some of the estimated 24,000 petroglyphs amid this National Park. Boca Negra Canyon trail is where many of these thousands-of-years-old rock art drawings are easy to see up-close (good for kids). We made it a game to see who could spot the most.

Explore Old Town: Here, we browsed art galleries, general stores, gorgeous silver and turquoise jewelry, textiles and so much more. There are lots of nooks and crannies to explore in between the historic adobe buildings. I felt like everywhere I turned, there was something new to see. The famous San Felipe de Neri Church is at the heart of it along with a main square, a park with a gazebo where people tend to rest and catch occasional live entertainment.

Museums: Visitors to Albuquerque, especially those traveling with kids, will appreciate that there are several fabulous museums within a block or two of each other in the Old Town area. All ages should definitely stop into the Albuquerque Museum for an overview of the city’s history, a taste of the local art scene and its kid-friendly sculpture garden. Just down a few minutes’ walk away is the Explora Science Center, a children’s museum with tons of hands-on exhibits, and the New Mexico Natural History and Science Museum with its massive dinosaurs (including the skeleton of the largest T-Rex ever found). We saw all leisurely (with a stop for lunch) in a day. Also, not too far from Old Town is the Indian Pueblo Cultural Center where we learned about the 19 Pueblos of New Mexico.

University of New Mexico:  Fans of NCAA sports should check the schedule to see if any games are playing. We were lucky enough to grab some last-minute tickets to a Lobos Men’s Basketball game to give our daughter a taste of what big university sports are like. And, it was really, really fun. In addition, the campus has a nice urban oasis called the Duck Pond (yes, there are ducks) that even tourists like to visit.

Balloon Festival: If you can plan a trip to the famous Albuquerque International Balloon Festival, even the locals we spoke with raved about what a neat experience it is. It’s on my near-term bucket list especially now that I know where to stay, what the best restaurants are and that getting there is incredibly easy. Plan to head to ABQ during the first week of October to catch some (or all) of the festival’s nine days.

Wow, are there ever so many good places to eat in Albuquerque. Our list of recommendations (vetted by friends, Uber drivers and Instagrammers) is still incredibly long. Wherever you decide to dine, the New Mexican dishes that should top your list are green chili cheeseburgers, stacked enchiladas, sopapillas, chili con queso and various dishes with chilies and chili sauce (too many to list).

When it comes to chilies, the choice is red or green and which you choose depends on your preferred level of spice. A mix of both is called “Christmas” which I personally found quite glorious. We didn’t have one bad dish during our entire stay. Our restaurant stops outside of our hotel included the four below.

Church Street Cafe: Located in one of New Mexico’s oldest buildings and in the heart of Old Town, recipes here have spanned four generations. We particularly enjoyed the bandito pie, pozole and sopapillas with honey.

Pueblo Harvest Center: Located inside the Indian Pueblo Cultural Center, this cafe specializes in New Native American fare. The must-order here is the Tewa Taco on handmade fry bread that is more like a decadent pizza topped with ground beef, beans, cheese, lettuce, tomato and your choice of chilies.

Standard Diner: My husband spied this fun spot on the Food Network’s Diners Drive-ins and Dives show. It’s a refurbished 1930s Texaco station that is well-known for a meatloaf wrapped in bacon and The Standard Burger, which my husband ordered “Christmas style” and devoured. I can also vouch for the banana milkshake (though others swear by the s’more milkshake) and fried pickles.

Backstreet Grill: This is another popular stop in Old Town. While they are famous for street tacos, we opted for stacked enchiladas and The Backstreet Supreme Mexican pizza in addition to sampling micheladas and local beer.

We didn’t even scratch the surface when it comes to Other places we didn’t get to but come highly recommended include Sadie’s, El Pinto, Tia B’s and Laguna Burger (for fast chili cheeseburgers).

The bottom line is that Albuquerque is a stress-free vacation destination for all ages that has outrageously good food, plenty to do outdoors and multiple opportunities to learn about important aspects of our nation’s history.

What is your favorite thing to do in Albuquerque? Share in the comments below.

Ready to go? Shop for flights to Albuquerque.

Family travel expert Katie Dillon runs the travel and lifestyle site La Jolla Mom, which is named after her San Diego community. With photos that evoke wanderlust in every person who scrolls through her feed, Katie has luxury, food, and epic views at her fingertips. She just returned from an Instagram takeover in Albuquerque, New Mexico as part of Alaska’s Weekend Wanderer series. For more Weekend Wanderer posts, be sure to follow Alaska Airlines on Instagram.