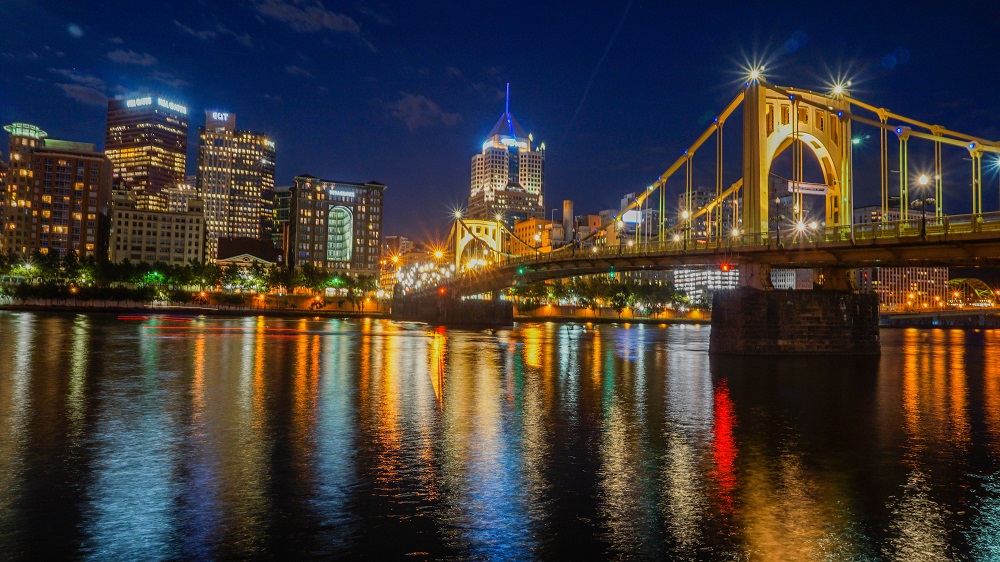 With affordable, nonstop Pittsburgh flights departing Seattle daily, those from the Pacific Northwest can get a feel for why the city is becoming known as one of the country’s most livable.

Pittsburgh has reinvented itself. Gone are the days of factories and pollution; instead, the steel city is a hub of culture and innovation set amidst beautiful hills and rivers.

Whether you’re visiting for a weekend or a week, here’s how to make the most of your trip to Pittsburgh.

Visiting Pittsburgh for a weekend

A weekend trip will just scratch the surface of what this city is all about, so basing yourself in the heart of it all is a must.

­Downtown Pittsburgh is located at the confluence of three rivers. Although the land at the confluence once held a fort, today it is home to the lush Point State Park. You’ll gain a true appreciation of where Pittsburgh has come from and where it is going as you traverse a brick outline in the grass marking the footprint of the old fort, all while watching Pittsburghers biking, walking their dogs, playing in the fountain and gazing at the sunset.

Sports fans will want to discover why Pittsburgh is known as the City of Champions by taking in a Steelers, Penguins or Pirates game. In fact, there is a game going on (whether home or away) nearly every week of the year. Even if you are not a sports enthusiast, a stroll on the North Shore River Trail just across from downtown is worth it for the city views, stadiums and the many memorials (including one for Pittsburgh’s most famous neighbor, Mr. Rogers).

Hungry? Take your appetite on a short walk to the Strip District, just over a mile from the heart of downtown. This neighborhood was once a thriving industrial zone with produce markets and ethnic grocery stores. When the industry left, the markets remained. Today the Strip District is home to markets hawking Italian, Korean, Mediterranean goods and more, along with restaurants, distilleries and wineries. Snack your way through the street vendors or hit up an acclaimed restaurant like Smallman Galley, an incubator food hall featuring four up-and-coming chefs. It also boasts one of the city’s best happy hours with half-off all drinks including a huge selection of Pennsylvania beers.

No visit to Pittsburgh is complete without taking a ride on one of the city’s two remaining funiculars. Although now a tourist attraction, these funiculars carried workers and equipment up and down the city’s many hills for over 140 years. As you rise towards the top of Mount Washington on the Duquesne Incline, you’ll be enchanted by the breathtaking skyline view that is often considered to be one of the most beautiful in the world.

Visiting Pittsburgh for a week

With a few extra days, it’s worth it to head south of the city to the Laurel Highlands. Often described as Pittsburgh’s backyard, the Laurel Highlands is home to rustic cabins, miles of hiking and biking trails (including the Great Allegheny Passage which connects Pittsburgh to Washington, D.C.), outdoor activities and one of the country’s most iconic homes: Frank Lloyd Wright’s Fallingwater.

After returning to the city, you could dive deep into the region’s steel roots with a tour of Clayton, the former home of Henry Clay Frick who revolutionized the steel industry with his partner Andrew Carnegie. Or, for a grittier experience, you could check out the seasonal Carrie Furnace tours in Swissvale to explore the remains of an industrial blast furnace. You’ll be regaled of stories about the mill from your guide, who is likely a former worker of that very plant!

To explore the more eclectic side of Pittsburgh, check out Randyland (the city’s most colorful spot) or Bicycle Heaven (the world’s largest bicycle museum). Or, perhaps dive into Pittsburgh’s reinvigorated libations scene at one of the region’s more than 50 breweries or at a distillery like Wigle Whiskey. Started in 2011, Wigle has helped revive the history of distilling in Western Pennsylvania that stretches back to the 1700s, all while utilizing local and organic ingredients to craft spirits like whiskeys, rums, and gins.

Pittsburgh has decidedly shed its gritty, industrial image, and reinvented itself as an innovative city embracing its past while looking steadfast to the future. Whether you are looking to visit for the history, culture, food or sports, Pittsburgh won’t disappoint.