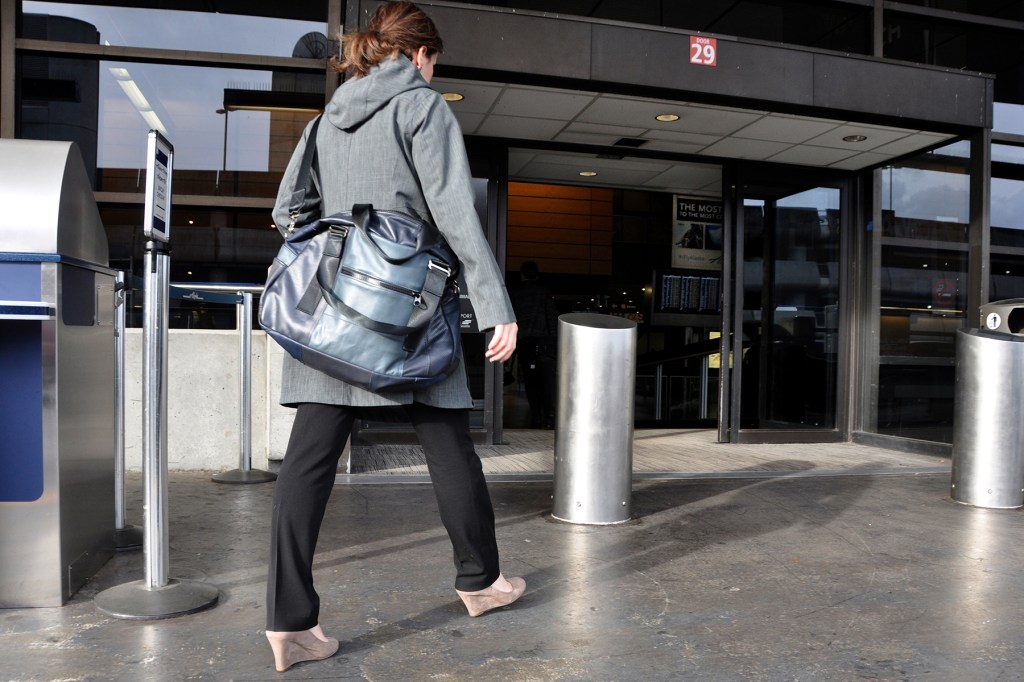 Alaska Airlines leather has been recycled into carry-on bags.

Reclaimed leather from replaced airplane seats will fly again as carry-on bags, thanks to a collaboration between Alaska Airlines and an innovative design team.

Alaska’s discarded leather found new life in the hands of Mariclaro, which makes bags and accessories from sustainable materials.

Bags made from Alaska Airlines leather: The Atlas Collection

“It’s very exciting to see someone developing a grass-roots business from something that we were just going to throw away,” said Pete Roberts, a program manager in Alaska’s maintenance and engineering department and a member of the company’s Green Team, a group dedicated to driving environmental efforts.

When Alaska began refreshing its fleet of Boeing 737-800s and -900s with new Recaro seats (complete with power outlets in every seat by the end of this month), the leather appeared destined for a landfill. That’s when members of Alaska’s Green Team stepped up to find someone who could use it.

“The material is perfect for this project – the high-quality airplane leather seat covers are made to last,” said Sven Schlegel, who co-founded Mariclaro. “One of our basic missions is to show that you can turn waste materials declared for the landfill into designs that look sleek and last forever – guaranteed for another million miles!”

In addition to the carry-on bags, the designers have made purses and laptop bags, some with airplane seat-belt buckle closures.

The bags are available to buy through the Mariclaro website, and Alaska began selling some of the bags, purses and passport covers at the Alaska Airlines Company Store at 20833 International Boulevard in SeaTac.

“This collaboration is a fun example of how our airline is living our mission of sustainability and really making a difference in the world,” said Greg Mays, Alaska’s vice president of maintenance and engineering. “By partnering with these innovative designers, we’re not only diverting waste from local landfills, but we’re giving people a chance to own a piece of Alaska’s history. It’s not often that people can own a bag that has already traveled more miles than they have.”

In all, Alaska has given more than 6,000 reclaimed leather seat covers to 11 recipients, including a local Boy Scout troop, the Washington State Department of Corrections and the International Academy of Design and Technology in Seattle. That represents more than 18,000 pounds of leather that otherwise would have been thrown away.

Alaska is an airline-industry leader in integrating sustainable practices into its business, as part of the company’s efforts to be a greener neighbor within the communities where it flies. Alaska is the only U.S. domestic carrier to recycle “mixed recyclables” – glass, paper, plastic and aluminum – on every flight. Alaska has cut waste by more than 50 percent per passenger since 2010, saving nearly 2,900 tons of recyclables that otherwise would have gone to landfills.

Earlier this year, Alaska announced aggressive sustainability goals, pledging to decrease fuel consumption by 20 percent (gallons flying one passenger one mile) and use a sustainable aviation biofuel at one or more airports by 2020. Improvements in fuel efficiency have saved Air Group more than 10 million gallons of fuel since 2011, and Air Group has reduced its greenhouse gases by more than 30 percent per revenue mile since 2004.