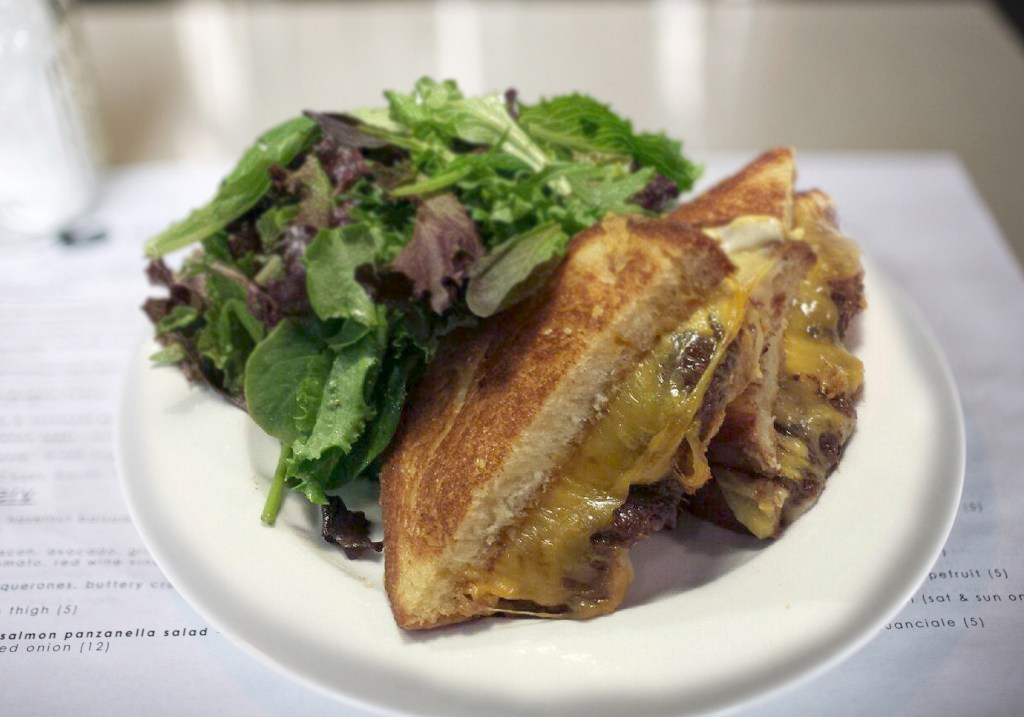 Back in 2007, before the explosion of the street food movement, a single vintage Airstream trailer roamed the streets of Seattle, serving tasty, innovative food from fresh, local ingredients. Each day, Skillet Street Food would send an email update to its hungry customers, letting them know where they could find Skillet’s signature lunch fare that day.

“The idea of street food is something that really resonated. It just immediately took off,” says Greg Petrillo, Skillet’s chief financial officer. “The amount of attention Skillet got was just amazing.”

Today the company has grown up, with three sit-down dining locations and two Airstream trailers, a catering business and a booming side business selling their famous Bacon Jam and Pumpkin Ketchup. And this month, thanks to the sharp eyes and discerning taste buds of Alaska Airlines’ onboard food and beverage product manager Kirsten Robinett, Skillet got its wings.

Bacon is more than a trend,” says Robinett.

“Alaska customers are not afraid to be adventurous and try new things,” says Robinett. “And so many people love bacon, so it was a fun opportunity to give it a try onboard.”

Skillet and Alaska’s food and beverage team also share a passion for showcasing quality products from the Pacific Northwest.

“It’s my mission to continue to push the envelope and find fun, local food that we can share with not just the Northwest, but with our customers across the United States,” says Robinett.

And according to Skillet Group president Jon Severson, that’s a trend that’s been spreading.

“There is so much great agriculture and produce in this region,” he says. “Restaurants here are getting smarter about the awareness customers have about where their food comes from. At Skillet, we don’t want our food to have too many stops along the way.”

Skillet’s Bacon Jam was the brainchild of Skillet founder Chef Josh Henderson, and despite its popularity today was never intended to be a product, says Petrillo.

“It was just a condiment,” he says. “But it was something people really started to latch onto.”

Skillet started packaging the Bacon Jam and selling it on eBay, selling maybe 10-100 jars each month. Then two days before Thanksgiving 2009, Martha Stewart listed it in her holiday gift guide and demand exploded, with upwards of 10,000 orders for the spread each month.

“It was baptism by fire,” says Petrillo. “We weren’t equipped to buy that much bacon!” (Today, Skillet goes through about 4,000 pounds per month.)

Skillet’s bacon jam is currently flying on Alaska Airlines flights north and westbound over 2.5 hours through the end of October. Not flying this month? Never fear – it’ll be back onboard in January 2015, or you can taste it on the ground at Skillet. It’s also available online or in specialty food stores around the U.S. Find a retailer at skilletstreetfood.com.

Heat the olive oil in a pan and brown the sandwich on the first side until the cheese starts to melt and the bread is a golden brown. Flip the sandwich until the second side is browned to your liking. Cut and serve immediately.

Add a lightly tossed salad and you have the perfect lunch.