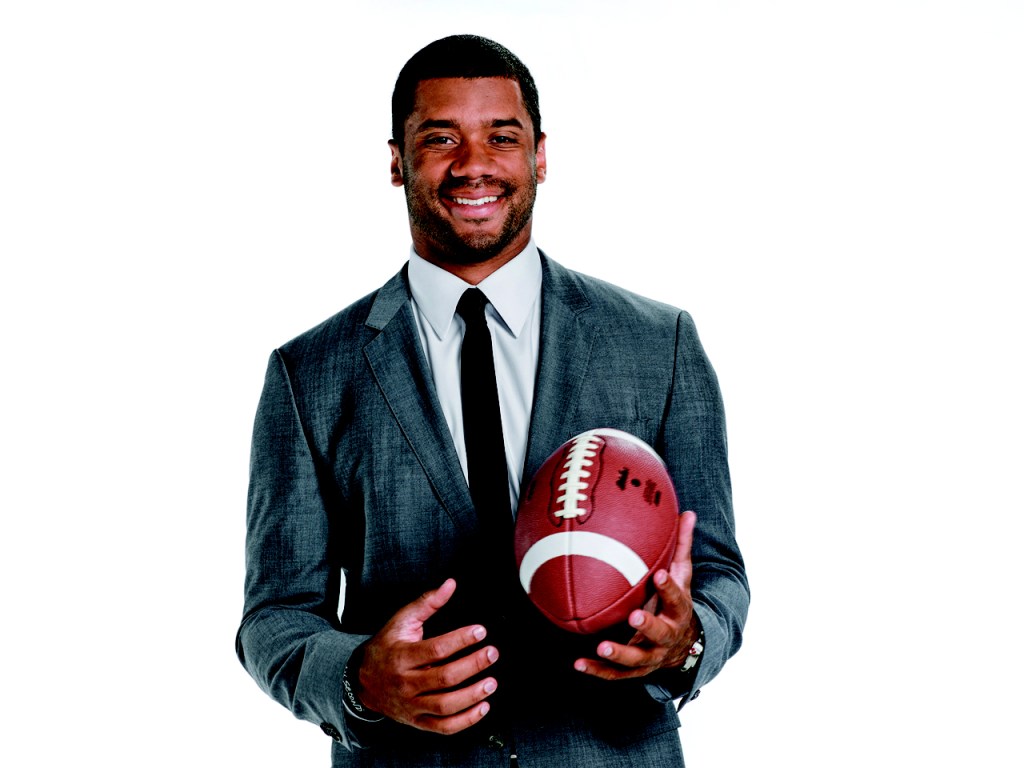 Caleb Jones (station operations, Seattle): How do you keep up your drive and determination and continue to focus on winning after such a difficult finish to an otherwise remarkable season?

Russell Wilson: I am only 26 years old. I have so much of my career ahead of me. I am excited for the challenge of growing as a player and person, and just getting better every day. I don’t look backward, only forward. Every year is a new opportunity to do great things.

Cindy Skrinski (air cargo, Seattle): As a rookie quarterback, what one thing did you do to gain the respect of veterans in the huddle?

RW: There wasn’t just one thing. Respect is something gained over time. For me, it was a collection of moments and events that let the veterans know that I respected them and the game. It was about preparation and execution and consistency. Veteran players have earned the right to demand those things from a young player. To this day, I still feel that way. I never take anything for granted. Preparation, execution and consistency are the goals every day.

Allyson Logan (airport services, Seattle): What is your favorite place to vacation: the beach, the mountains or somewhere in between? Also, tell K.J. Wright hey from one Seattle transplant from Mississippi to another! Love you all. Go, Hawks.

RW: My favorite places to vacation are places I have never been. I love to explore and learn new things. There is so much out there I still want to see.

Jennifer Wade (airport services, Seattle): If you were to host a dinner party inviting four people who have had a huge impact on your life, who would they be, why, and where would the event take place?

RW: This one is impossible to answer. I could never choose just four. I would love to sit down with Jesus and just talk about His plan. I would want my father there, too. I miss him every day. There are so many times I just want to look up and see him standing on the sidelines. I just want to know what he is thinking. I would want my family there—my mother, brother and sister. From there, I would include the hundreds of coaches, teachers, mentors, advisors, pastors, relatives and friends who have shaped me into who I am. I am who I am because of them, each and every one.

Joseph Moore (airport operations, Seattle): You’re always listening to music and have your headphones on. What’s your favorite song/band?

RW: I mostly listen to R&B and gospel. I really like Anthony Hamilton. The music just calms me and allows me to focus.

Trevor Peterson (airport operations, Missoula): If you could give a young child advice on how to pursue their dreams of professional sports, what would that advice be? From my 6-year-old son, Maddox Peterson, who says,”GO, HAWKS!”RW: Dream big, work hard, and eliminate negative influences.

Laura Carlson (flight attendant, SEA): At this level of play, there must be so much pressure during games to complete plays & succeed. As 12s, we’re behind you 100% no matter what (but I know that it must take so much more than fans’ support to perform under such conditions!) So what are some of the key ways you go about dealing with that pressure on and off the field?

RW: It all starts with my faith. I know God put me here for a purpose. I trust that more than anything. When you trust God’s will, there is no pressure.

Joel Trauba (station operations, SEA): What Defense do you hate playing against?

Ryan Syferd (safety/compliance/QA, Seattle): Other than football or baseball, what other sports or hobbies do you enjoy? Now that you’re living in the Pacific NW, do you enjoy any of the boating, hiking, climbing or skiing that our area has to offer? Want to head up to Crystal Mt. for a few runs? My treat!

RW: I love boating, and will do more as time allows.

Michael Rieth (flight attendant, Los Angeles): There was a quiet moment just after the Super Bowl where you slipped out a side door, and approached head Coach Bill Belichick to congratulate him on the Patriot’s win (a photographer snapped a shot of you with Bill while he was carrying the trophy). Without sharing anything too personal, can you tell us what you said to him?

RW: There was so much chaos on the field after the game, I didn’t get a chance to congratulate Coach Belichick.  I just wanted to make sure I shook his hand and congratulated him on winning.

Tonnette Monroe (flight attendant, Seattle): Dancing With the Stars … have they called? If they did, would you say YES?

RW: Yes, they have called for three years in a row. We have a nice relationship with them. I am honored that they would ask, but now is not the right time to put in the time to compete on that show. There will be plenty of time to do those things down the road.