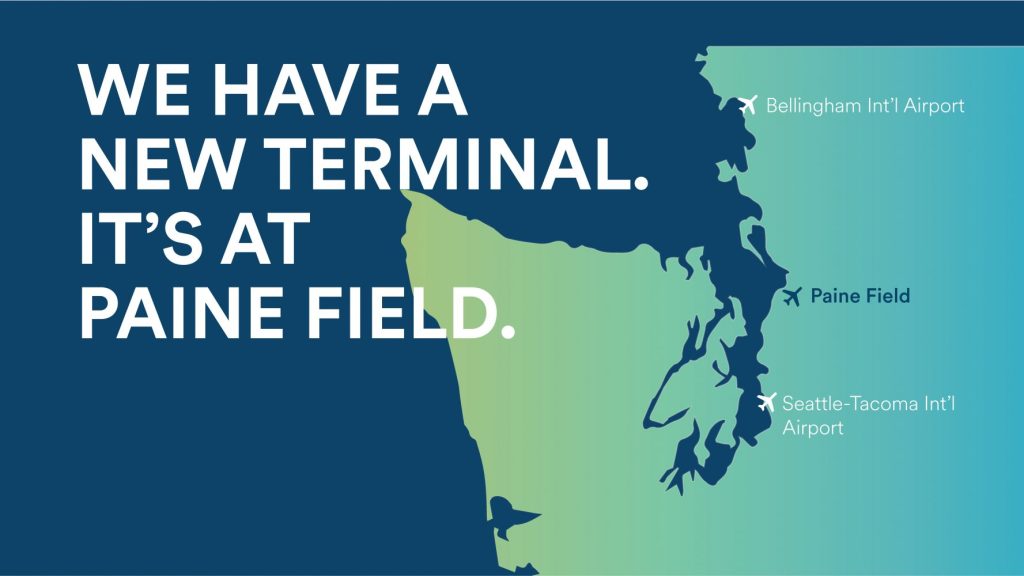 ORIGINAL POST 5/17/17: For most Seattle-area guests of Alaska Airlines, getting to the airport is relatively painless. But for the more than one million residents of northern King County, Snohomish County and surrounding communities, the extra distance and city congestion mean the drive can be longer than the flight itself.

George Tsoukalas is a Snohomish County resident who flies an average of 1.5 times each week. The Alaska MVP Gold and Million Miler says he is thrilled by the prospect of flying out of Paine Field.

“Personally, I’ve been looking forward to this,” he says. “It’s not just the traffic driving through Seattle, but the inconsistency of it. Some days it might take me 40 minutes to drive to the airport, other days it takes 70 minutes.”

Tsoukalas has even resorted to driving 65 minutes to Bellingham to catch flights. Though it’s a longer drive than it would be to Sea-Tac in good traffic conditions, the drive time is more consistent.

“Flying from Paine Field will allow me to schedule my time more efficiently,” he says. “As a business traveler, that makes a big difference.”

Paine Field is home to the Boeing Everett Factory, along with a major aviation maintenance facility and several flight schools, but the airport, originally constructed in 1936, does not currently host commercial flying. Subject to receipt of government approvals, Alaska plans to operate nine daily flights by fall 2018, using a mixture of Boeing 737 and Embraer 175 jets.

“We’re not quite ready to share details of the routes,” says John Kirby, Alaska’s vice president of capacity planning. “But I can tell you they won’t be limited to short, regional flights. We’re talking daily, nonstop flights to some of our most popular destinations.”

The new flying is expected to take hundreds of cars off the road each day, cutting greenhouse emissions while adding convenience for Alaska’s many guests living north of Seattle. Everett residents, for example, could reduce their airport commutes by up to 80 minutes during peak traffic congestion.

Groundbreaking on the new terminal is expected in early June, with full details of Alaska’s routes as well as ticket sale information to be announced in early 2018.