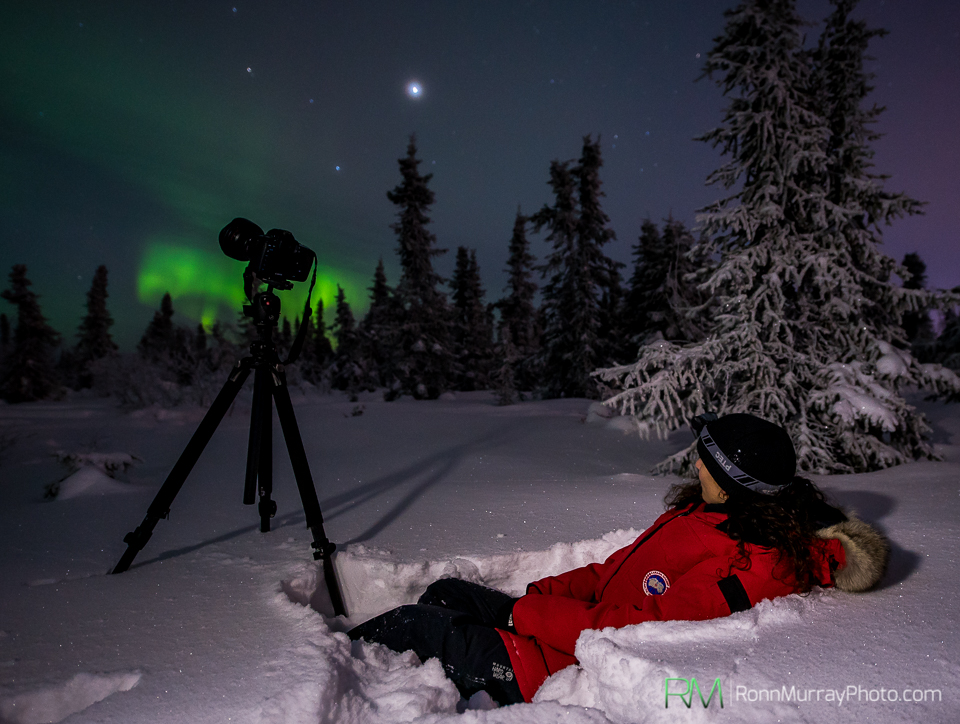 When the cruise ships and tour buses leave, and the weather starts to cool, the night sky in Alaska comes alive with bands of green, and sometimes red, lights. This phenomenon is known as the aurora borealis, or the Northern Lights.

Because Fairbanks offers some of the best Northern Lights viewing in the state, the University of Alaska-Fairbanks is also home to the Geophysical Institute, a facility dedicated to studying space and aurora physics, as well as earthquake seismology, glaciology, atmospheric sciences, and volcanic sciences – all of which can be studied within the state of Alaska.

What causes the aurora? 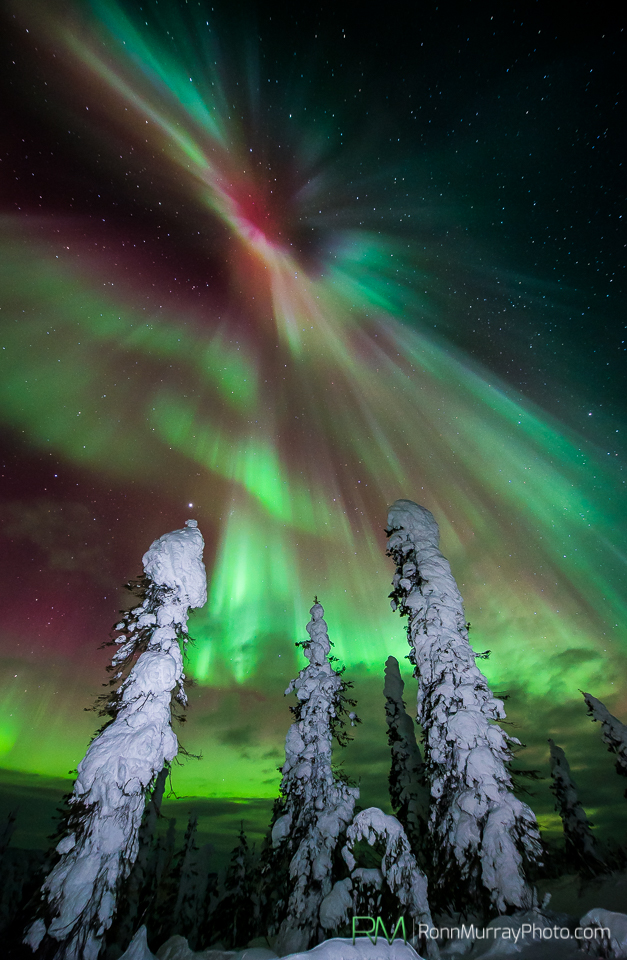 The aurora is caused by charged particles that are released by the sun. These particles are carried from the sun by the solar wind and get trapped in the earth’s magnetic field, known as the magnetosphere.

“The earth’s atmosphere is made of up nitrogen and oxygen and the colors of the aurora are specific to these atoms,” said Peter Delamere, associate professor of space physics at the University of Alaska Fairbanks and researcher at the UAF Geophysical Institute. “Oxygen atoms display green and nitrogen atoms display red.”

Researchers at the UAF Geophysical Institute also work to predict and forecast the aurora. To predict the aurora, researchers look at the sun’s solar activity two days in advance because it takes these charged particles two days to travel from the sun to the earth. They also look at the speed and density of the solar wind and storms can play a role, too.

Researchers at the UAF Geophysical Institute forecast aurora activity on a scale of 0 to 9. The higher the number, the more active the aurora and the farther south it will be visible.

“It’s ever-changing and dependent upon a number of factors,” Delamere said. “Last year there was one night we got calls from people in Tacoma saying they could see the Northern Lights.”

Catching a glimpse of one of these amazing light shows requires total darkness. Sometimes even a bright moon can drown out the aurora’s intensity. The perfect spot will be away from city lights. The Northern Lights are as exciting to locals and they are to visitors, so prominent viewing areas may be crowded. If driving, it’s important to dim headlights when approaching a viewing area. It’s also important to keep the use of flashlights and cell phones to a minimum, as any kind of excess light can affect the view of the Northern Lights.

Although Alaska is dark for several hours during the day in the winter, the aurora is most active between 10 p.m. and 2 a.m. Chasing the Northern Lights sometimes takes fifteen minutes, other times it can take all night to witness a good light show. In a climate like Fairbanks, where winter temperatures average between 2 and -13 degrees, it’s essential to be prepared. Dress warm, wear lots of layers and pack appropriate gear if venturing far away from populated areas. 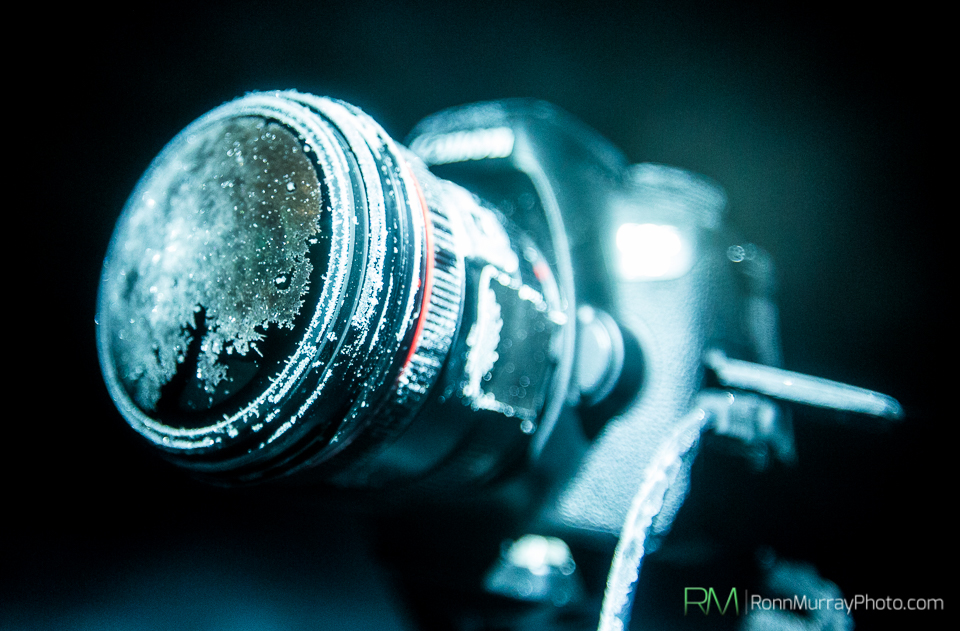 Photographing the aurora can be tricky because viewing is best in low light conditions, which can make it difficult to pick up the deep green and red lights with a camera. Although it is possible to pick up a slight glow with a cell phone, the best shot will be with something that can shoot in full manual mode. Many cameras offer this feature. This way, things like aperture, shutter speed and ISO settings can be controlled.

When photographing with these particular settings, the camera will have to remain very still. Therefore a sturdy tripod is an absolute necessity when photographing the Northern Lights. Many photographers also recommend using a remote or the camera’s self-timer settings because even pressing the button to take the picture can shake the camera enough to blur the shot.

Focus is also an important aspect of Northern Lights photography and also more challenging in low light conditions. Photographer Ronn Murray of Fairbanks recommends preparing the camera’s focus before heading out for the night.

“You can pre-focus in the daytime for a very distant point using the camera’s auto focus and then switch to manual focus and tape the focus ring in place,” Murray said.

“Batteries get cold in the extreme temps often involved with aurora photography and tend to stop working even when they are fully charged,” Murray said. “You don’t want to be in the middle of good show after hours of waiting only to have your camera shutdown because of a cold battery.”

These settings may give you the right start, but there are no standard camera settings to guarantee a perfect shot. What works on one night may not hold true the next time. It’s a different formula each time and may take some practice before getting it perfect.

“Weather here on Earth as well as space weather that causes the aurora have to all fall in line,” Murray said. “It’s a game of patience and folks traveling to see the Northern Lights should be prepared to put some time and effort in.”

Luckily for visitors and photography enthusiasts, Murray offers his own Northern Lights photography workshop tours out of Fairbanks. Tour-goers get an inside glimpse to his tips and tricks and if the weather allows, a portrait of themselves with an aurora backdrop.

“We truly love and geek out over the aurora,” Murray said. “We try to share that passion with our guests and make sure they have the tools they need to tackle this on their own.”

More information on Murray’s photo tours can be found here. And for those who just can’t wait for their trip north to catch a glimpse of the Northern Lights, Murray’s website features a live aurora webcam.

Alaska Airlines offers direct flights to Fairbanks from both Seattle and Anchorage. Search for flights.