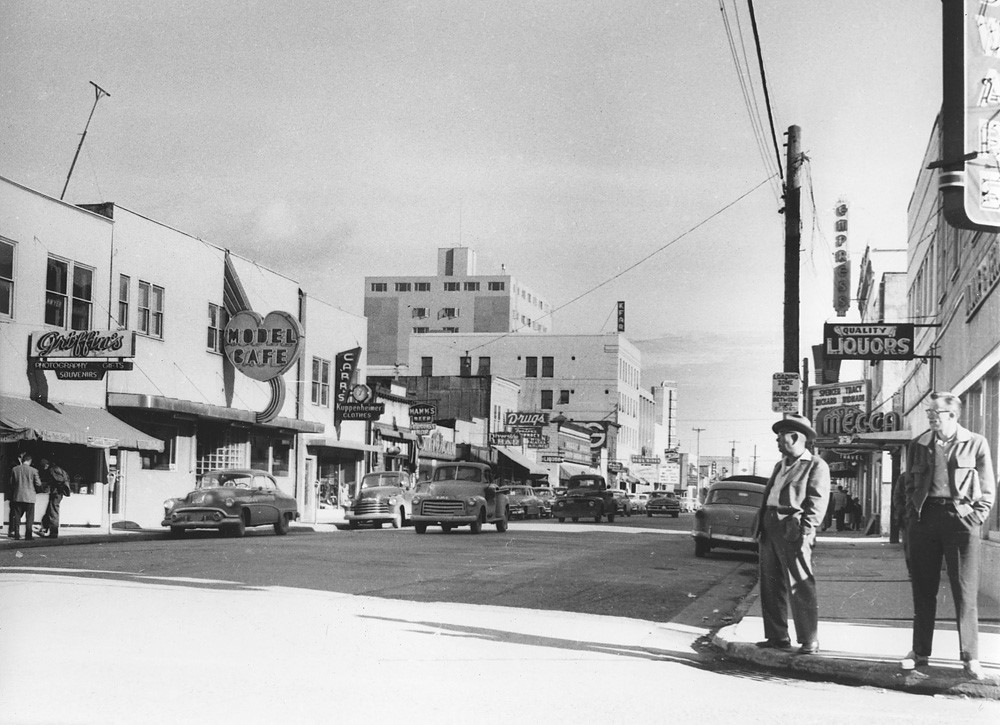 As a 16-year-old Nordstrom sales associate in the late 1970s, Craig Trounce was a legend in the making. That’s when he was working in the retailer’s Fairbanks store, and an old miner walked in with a pair of dirty, worn tires. The man had purchased the tires several years earlier, and had been told that if they didn’t work out for him, he could return them.

In 1975, Nordstrom had purchased local retailer Northern Commercial, which at the time sold tires. The man had a case to make, on a promise made in that very building, never mind that the space was now filled with pleated slacks and button-down Oxford shirts.

Trounce’s priority was to do right by the customer. He called a local tire dealer, came up with a fair value for the used tires—$25 for the pair—and paid the man out of the till. A legend was born.

In his 31 years at Alaska Airlines, Trounce has held a number of different positions and occasionally used that Nordstrom story in training sessions. Yet over all those years, he had no idea that his story had become one of the most famous customer-service anecdotes in corporate America—until it recently dawned on a co-worker at the airline that Trounce was that unnamed Nordstrom clerk.

Read: Return to Spender at Snopes.com

Read: Rei, Nordstrom and the Perils of No-Questions-Asked Returns in the Wall Street Journal

The strong customer-service parallels between Alaska Airlines and Nordstrom are obvious for Trounce. For both companies, good customer service derives from giving people the training and authority to say, “This is what we can do for you today.”

“So many companies have the desire and the expectation of delivering good customer service, but standing behind what you say is what makes all the difference,” he notes.

As a kid in Fairbanks, Trounce wanted to be an Alaska Airlines flight attendant. Ironically, that’s one of the few service positions at Alaska he’s not held. Two years after joining the airline in Anchorage in 1983, Trounce was asked to help launch new service to Phoenix. Since then, he’s served as a customer service agent, operations agent, cargo customer service agent, station trainer and reservations supervisor. He was involved in opening four stations in Alaska bush villages, Aniak, St. Mary’s, Dillingham and King Salmon. For the two years prior to his current assignment in Hawaii, he was customer service supervisor in Portland.

Rick Hines, director of the airline’s southern region, hired Trounce to help with the airline’s 2007 launch of service to Hawaii. Hines had long known Trounce as an energetic, caring and genuine leader—the kind of person who can easily turn complaints into accolades.

“When Craig has been involved in difficult situations, customers often respond by talking about how Craig dealt with them personally, how he followed up and how he made them feel cared for. He can take a really bad situation and turn it around so that customers are giving him hugs and shaking his hand,” Hines says.

“Craig will always find a way to make a customer’s day.” But don’t expect him to take your old tires.